Is a Nuclear Power Plant in a Shipping Container a Good Idea? 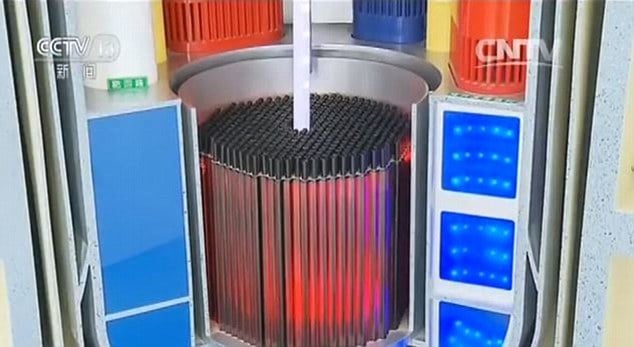 Here at Gateway Gazette we have looked at some pretty amazing things that have been made using shipping containers from eco friendly farms, to million dollar mansions. Now China is developing a nuclear power plant that can fit inside a shipping container and could contribute to a change in the balance of power in the South China Sea. Let’s look at what they are developing and then consider the wider implications of this clever piece of engineering.

The Chinese Academy of Sciences Institute of Nuclear Energy Safety Technology has been asked by the Chinese government to develop a small nuclear reactor that could fit inside a shipping container.

In theory a power plant of this size could be dropped on a small island and make it energy self-sufficient, even with a large number of people living there.

The reactor, named in Chinese the ‘hedianbao’ or ‘portable nuclear battery pack’ will measure 20ft by 8.5ft and would therefore fit inside a 40ft shipping container. The lead scientist Professor Huang Qunying believes that this tiny power plant would be able to power 50,000 homes.

The reactor itself is a ‘fast reactor’ where neutrons are used to bombard nuclear material. As the material decomposes under the bombardment of the neutrons it heats up. The heat is used to boil water and the resulting steam is blasted across a turbine that in turn produces electricity in a similar way to a gas turbine ship engine.

It is cooled by liquid lead. This boils at 1,400 degrees C and is a very effective system for a compact nuclear reactor. Similar systems have been used to power nuclear powered aircraft carriers and ice breakers and only need to be refuelled once a decade or so.

This system is one of the most efficient nuclear reactors and can in theory be run on nuclear waste from other nuclear power stations, helping tackle the global problem of nuclear waste around the world.

Thanks to global nuclear disasters such as Fukushima and Chernobyl, that will be polluting the world’s atmosphere and oceans for hundreds of years to come, people understandably feel a little uncomfortable about a mini nuclear reactor – even one that fits inside a shipping container. It may look cool but these things can cause a lot of damage to the environment even in responsible hands. Unlike the USSR, the Japanese were very safety conscious about their nuclear power stations and when a tsunami destroyed the Fukushima plant it still caused plumes of nuclear waste to enter the Pacific.

The South China Sea isn’t immune to seismic activity and there is a chance that even a very well maintained nuclear power plant could cause all sorts of environmental damage in the event of a major weather event or a tsunami.

Another issue is that the stated aim of the shipping container nuclear plant is to make fresh water out of salt water. An environmental scientist from China pointed out that pumping large amounts of fresh water into the sea could damage the local ecosystem. He said: “Many fish and marine creatures will not be able to deal with the dramatic change of environment caused by massive desalination and the rise of sea temperatures caused by a nuclear reactor.” 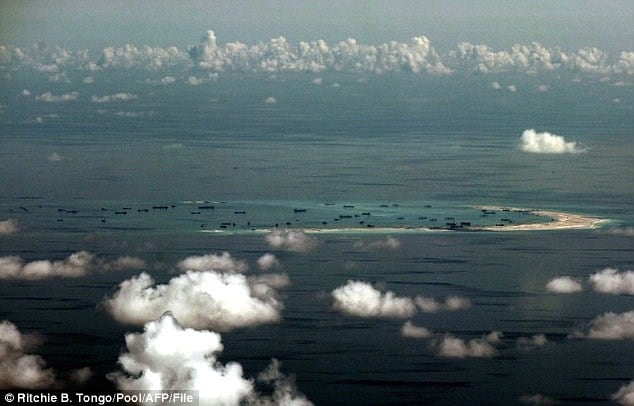 Mischief Reef in the Spratly group of islands in the South China Sea. Daily Mail

Here in Australia, there’s another reason to feel a little uncomfortable about the idea of a nuclear reactor on a South China Sea island – the People’s Liberation Army are part-funding the project and it is well known that China has interests in developing its territorial reach in the region. Such power plants supported by the Chinese Army are not just for civilian reach and could well be part of a wider plan to flex our giant neighbour’s geopolitical muscle.

Is nuclear good in any hands?

While the idea that you could power a small town with a power plant that fits inside a tiny box is pretty cool on the surface, there is an important question – can any political leaders be trusted with this sort of thing? Whether they are American, Chinese, Russian or even from ISIS, at the end of the day mankind is flawed and whether through mistakes they make or from a rush of blood to the head, this is not a very good idea. 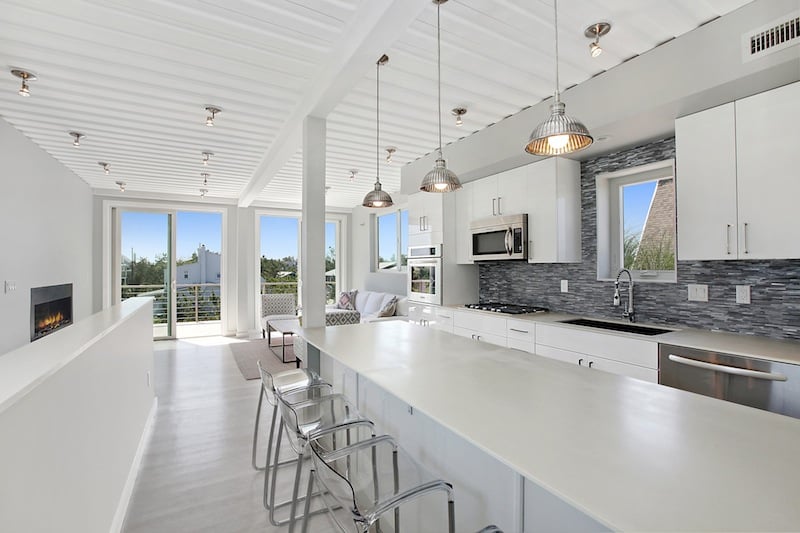 Here at the Gateway Gazette we have covered all sorts of pretty cool shipping container conversions. We have looked at self-sufficient vegetable and fish farms, at portable shopping centres and even at top end mansions in posh bits of the US. These are pretty good ideas that don’t threaten the balance of power in a region or could wreck thousands of miles of ocean. Yes, it is cool that you can fit a powerful nuclear reactor in a shipping container but nuclear really isn’t the way forward is it?

For all your second hand shipping container needs….

Contact Gateway Container Sales & Hire if you want to develop your idea about converting a shipping container into almost anything you like. Build a house! Build a bug out shelter in the Outback! Not quite sure we’d help you with a nuclear reactor mind…