A Shipping Container Full of Beer? That’ll Do Fine, Cheers! 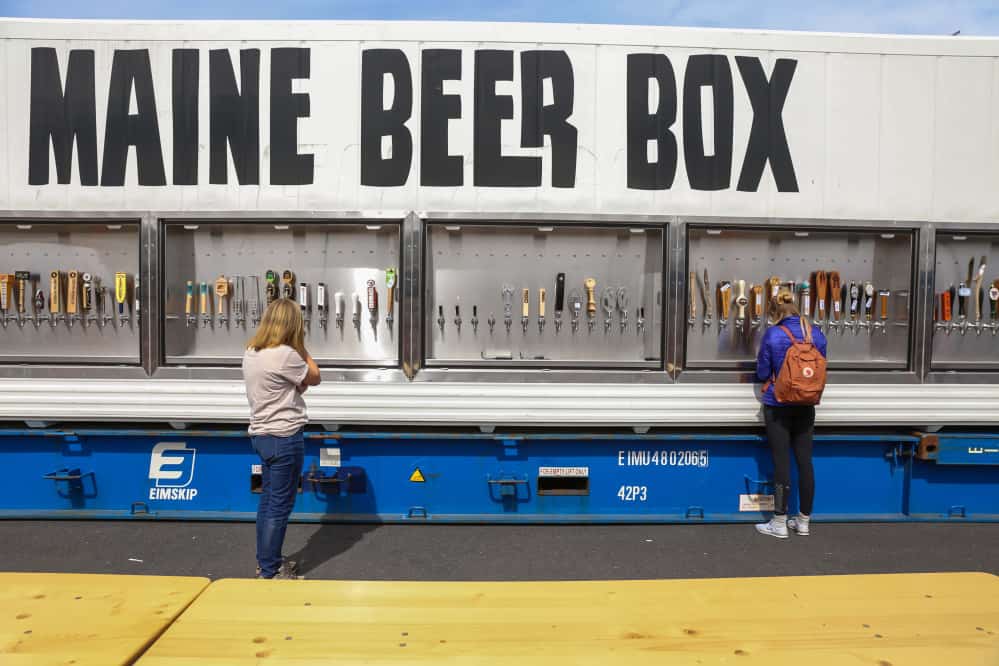 Iceland has the peculiar honour of having more American tourists visit the country every year than its entire national population. The idea then that the US Maine Brewer’s Guild should send a shipping container with 78 types of beer to a beer festival in Iceland this summer isn’t as silly as you might think… Wait a minute – 78 types of beer? That’ll do me, cheers – what about for you?!

The Washington Post reported earlier this year, “Maine brewers transformed a 40-foot refrigerated shipping container into a floating beer keg. Inside are dozens of brands of Maine craft beer and 78 taps that will allow people to draw a beer from the side of the container. The brewers say the container, which was previously used to deep-freeze fish, is now the largest “kegerator” ever built.”

The 40ft shipping container was delivered to Reykjavik’s BjórFestival with the intention of letting thirsty Icelanders taste their craft beer. The Bangor Daily News reported how, “More than 1,500 attendees enjoyed beer from Maine and Icelandic breweries at the BjórFestival event held at Eimskip’s waterfront headquarters in the Sundahöfn neighbourhood of Reykjavik on June 24th.”

This was a cultural and business exchange, so while some laid waste to the contents of the shipping container, Maine brewers went around the country to see what is happening in the Icelandic brewery business.

The Bangor paper continued, “We met a father and son at BjórFestival who just got out of the dairy business and are starting a brewery called Draugr Brewing in a rural area like ours,” said Ethan Evangelos of Threshers Brewing in Searsmont, Maine. “We decided to visit them in southern Iceland and were able to share information and suggested they use old yogurt fermenters for their brew house because that has worked for us. This trip has given us a terrific opportunity to pay it forward, and gives more people a reason to come visit our small brewery in Maine.”

The idea was that after the Icelanders and their guests have drained it, for the Icelandic beer industry to fill the shipping container with their own beer and send this to Maine for locals to try. 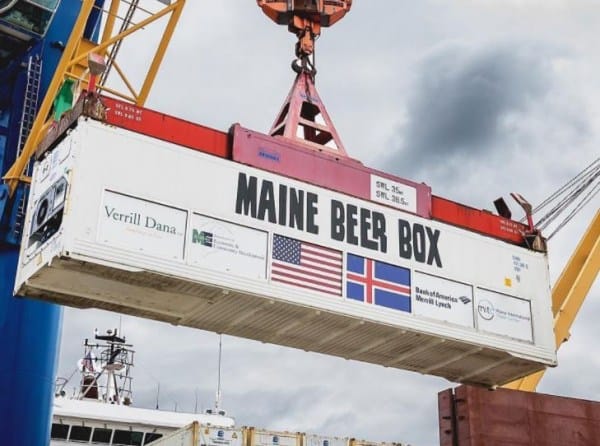 Exporting to Iceland – a good way to market at home?

According to research from Iceland’s Tourism Board, some 415,287 Americans visited Iceland between January and December 2016. According to the latest national census there are just over 335,000 Icelandic citizens. While exporting beer to such a small country may seem a little baffling, when one realises that Maine has access to nearly half a million thirsty Americans who can then buy their craft beer while at home in the United States, one can see some logic to the efforts – in exporting to people from home, so they can develop their domestic market. The idea isn’t as addled as one may immediately imagine… Cheers!

Want to get into brewing? Try a secondhand shipping container!

A shipping container might just be the ideal place to build your own brewers laboratory. They are cheap, stackable and scalable – making them perfect for creating your very own brewing start up. Contact the team at Gateway Container Sales and Hire now to discuss what the ideal container might be, whether its a smaller 10 foot box, an insulated reefer, a huge 40 footer, or a combination of all three. Regardless of what you choose, the team will help you though the process, putting you in touch with the right advisors to get the job done. We’ll want to taste the beer when you are all done though! Get a quote now!