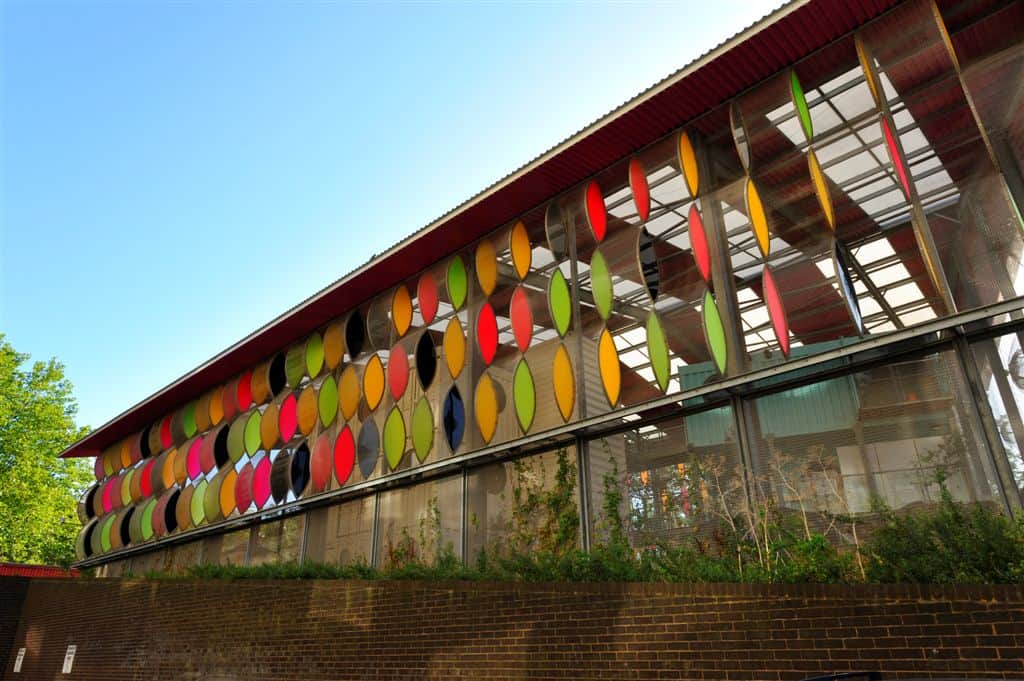 They say that when you give your child a present they frequently have more fun with the box that it came in than the present itself. This idea has been scaled up to shipping containers, where they have been used to create two amazing children’s play and learning centres in Australia and the UK.

The Fawood Children’s Centre in London, UK, was shortlisted for the Royal Institute of British Architects (RIBA) Stirling Prize in 2005. The building is a radical new approach to the needs of the community, providing children’s play areas, offices and healthcare facilities for children and families.

Core to the design are shipping containers that have been stacked and cut in imaginative ways to achieve the demands of the design brief, while being put together quickly and thereby reducing the overall costs of construction of the building as a whole.

Open spaces and natural light are an important feature of the design, so children can play outside but under cover from the UK weather, which can often deter even the hardiest of kids! Mesh walls (that were described by the Guardian as a “giant metal circus tent”) impede the winds while letting lots of light illuminate the area. 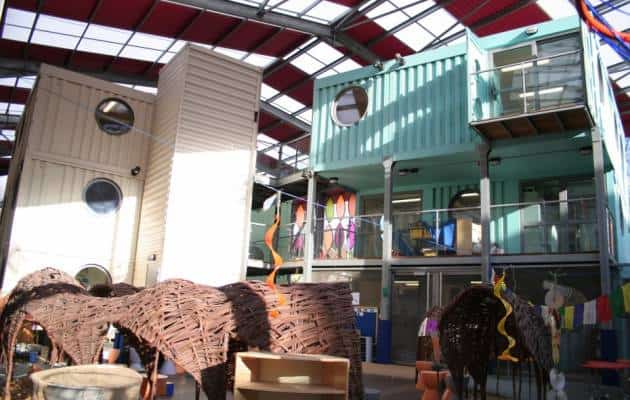 It isn’t just a play area, but has indoor facilities that serve the community that are both visually appealing, as well as secure and meeting the demands of those using them as their place of work.

Will Alsop, the architect behind the building said of traditional children’s centres, “They suffer from what I call pumped-up bungalow syndrome, carefully designed to stifle the childhood imagination”.

This building should do quite the opposite for imaginative, enquiring young minds – it emerges from just such a wild and roaming mind, and should help seed new ideas for play and fun in the minds of the children and families it serves.

Phooey Architects designed a children’s play area in the City of Port Phillip in Australia. Core to the design was four shipping containers. The whole building indeed was made of the offcuts from the core four containers. Where a hole was cut in the box, the remnant was used as an awning to hide from the fierce sun.

This is not just a playground but a place where children can go to do their homework in a quiet space when they need to – the city council wanted a place for supervised after school study, as well as the ability for kids in the area to let off steam in an adventure playground. 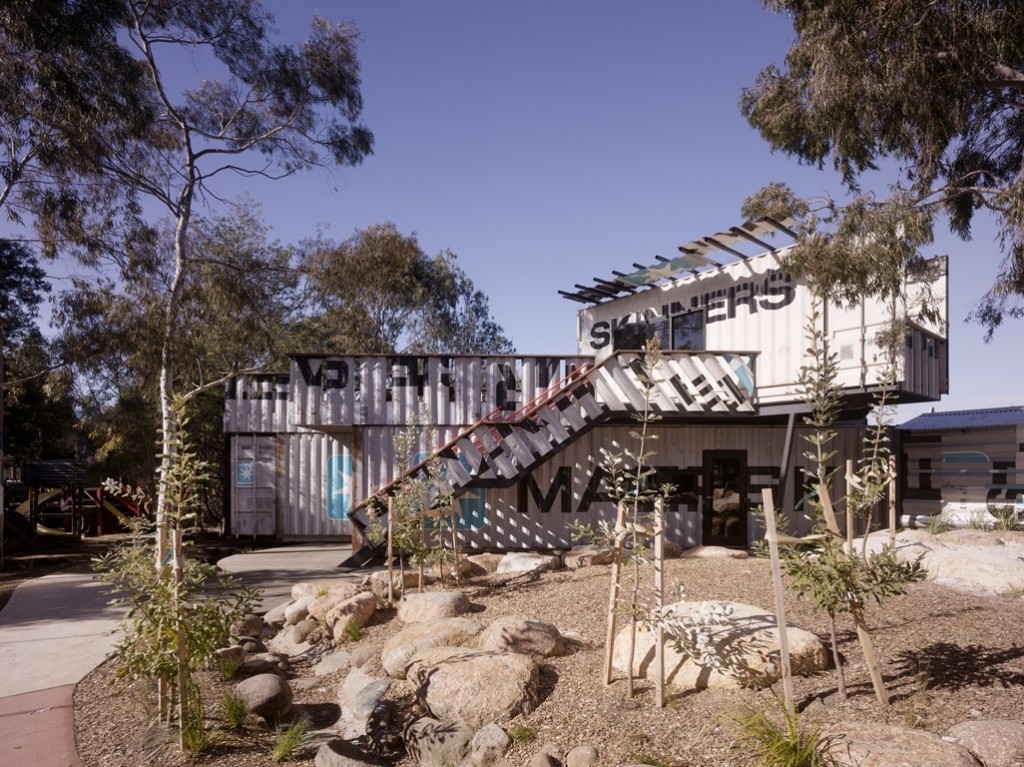 Children in the area were consulted to get the brief down pat. The architects listened to what the kids wanted, building in private rooms for boys and girls to hang out separately. The centre is also used for two hours a day for after school childcare, so is well used by the community in a range of children’s activities.

This is an unashamedly shipping container building that celebrates its building blocks’ original uses. The logos of the original owners are still on them, as well as design features such as the original doors that can be opened to create inside / outside play areas.

The facility was given a very small budget yet achieves great things despite the very low design and build cost. One of the great things about containers is their resilience – they are designed to take a beating in their original use and are therefore child proof. Even the most determined little tyke can only achieve superficial damage!

Are you inspired to build an original container facility?

Containers don’t just have to be turned into storage spaces, homes and offices. They can be used for a wide variety of other facilities, and you are really only limited by your imagination as to what you could turn them into.

Get in touch with Gateway Container Sales and Hire, and we can help you find the right architect or designer to design a cost effective and very aesthetically pleasing unit. We can cut and modify the containers before delivery so it is just a case of getting the design you need, and us delivering the units cut and modified to your specifications. Complete our online shipping container form for a free quote today!