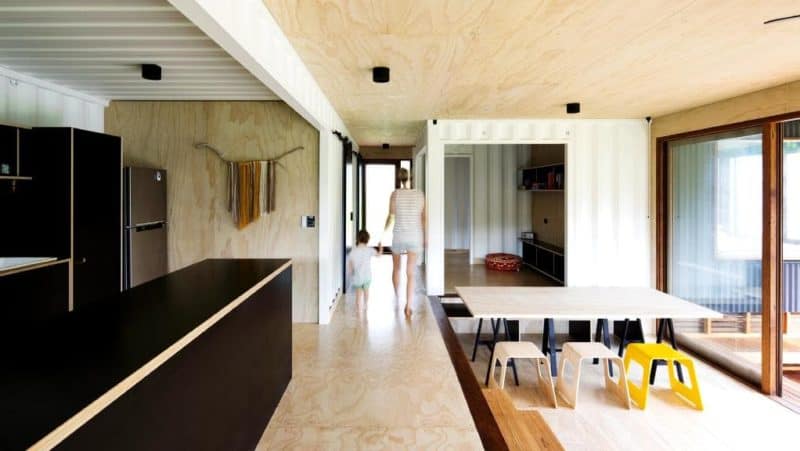 Hiring a famous name architect can still be cheap

Mona Vale, NSW, based Matt Elkan is a renowned architect in this part of the world. He was approached by his clients who had a mission – to get a $1 million holiday home for a third of the price. According to the Daily Telegraph, ““We had that discussion about affordability right from the outset,” Matt says. “The client was open to new ways of meeting objectives of low cost and high performance housing.””

Some of the best architecture is about breaching perceived boundaries. In the past some architects have used engineering such as massive plate glass windows and small pillars to achieve a ‘glass box’ effect in their creations as well as other money-intensive boundary breakers, furthering the understanding of what other architects can do. In Elkan’s case his achievement was making a $350,000 home look a million bucks.

The container home itself

The container home blends simplicity and great aesthetics to achieve something quite special. Comprised of three, six-metre (20ft) containers and one 12 metre (40ft) containers the holiday home is built in an L shape.

Together with his clients, Elkan assessed different construction types including specially built modular construction but both agreed that shipping containers were the right way forward.

He told the Telegraph, ““The sheds had some stylistic issues to overcome and there were challenges with how to insulate them. The shipping containers also managed the brief in a way because they are a certain size — you can’t make them any bigger.”” 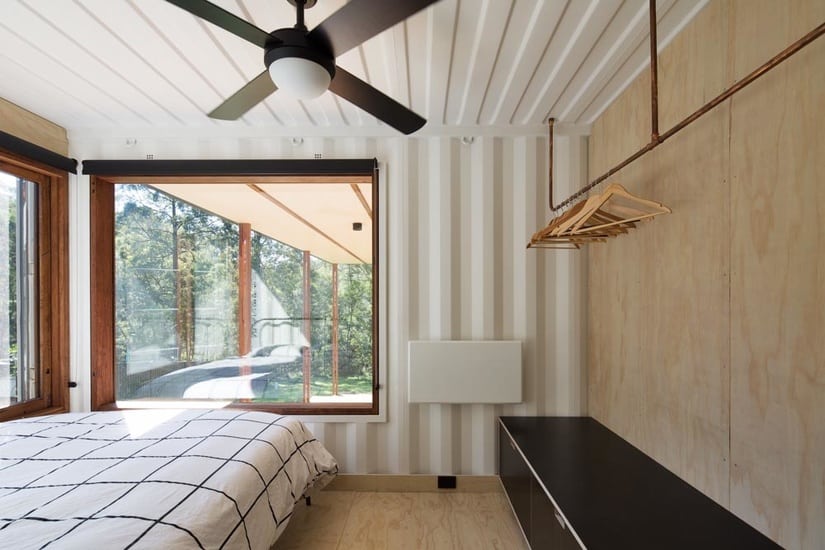 Unlike many container homes we see here at the Gateway Gazette, the Batemans Bay holiday home has been clad on the outside so doesn’t scream to the world it is built of shipping containers. Inside however you can’t escape them – they are not covered. Elkan worried initially that this could result in some difficult acoustics within.

According to Domain.com.au, “Elkan discovered they deflected sound. The white paint job made them look quite lush, and the custom-made, recycled hardwood windows “that are heavy as lead, also feel very luxurious”.”

Fitting in with this, the kitchen is made of exposed plywood and this is actively celebrated in the overall construction. The Telegraph reported, “We used the same joinery throughout the design and it is based on pieces out of single sheets of ply to reduce the amount of waste and keep the cost of the joinery to a minimum,” Matt says.” 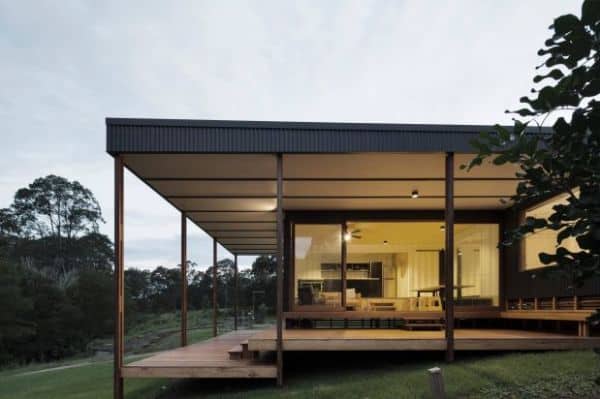 Not just good in our eyes!

For his efforts in creating this unique yet beautiful building, Elkan won an HIA Custom Build award. The HIA is the main trade body for the country’s construction industry, and as such this shows that the home has been recognised as worthy of merit by Elkan’s peers. That shows that building a $350,000 house that looks a million bucks is an achievement that others should follow!

We’ve enjoyed bringing you shipping container stories from around the globe and closer to home in 2018. We’ll be back in 2019 with more ideas for container projects and tales of cargotecture ingenuity, so keep an eye on the Gateway Gazette or join our Facebook page to read our latest posts!

If you have a project in mind for the new year, we have hundreds of new and used shipping containers for sale in a range of sizes. Give our container solutions experts a call or get a free quote.

Could Shipping Container Homes be the Future of Australian Housing?
October 31, 2021