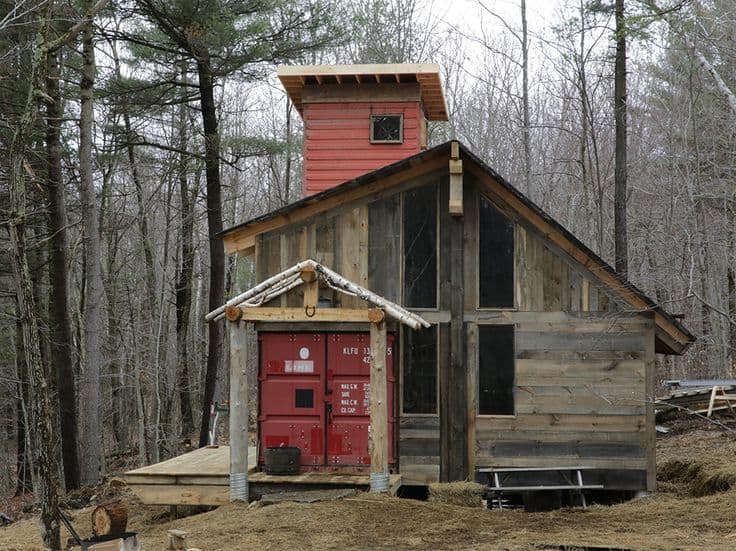 If you go out in the woods today in the US it helps to wear a flak jacket. If you have a hunting lodge it also helps if it can stop bullets entering. While the US is the epicentre of mass shootings due to its gun addiction, many gun users have them to hunt, and many of these people take their love of killing wildlife so seriously they have hunting lodges in the woods.

Let’s take an outsider’s look at hunting lodges in the US and Canada and amongst other things, look at whether shipping container hunting lodges are bulletproof. 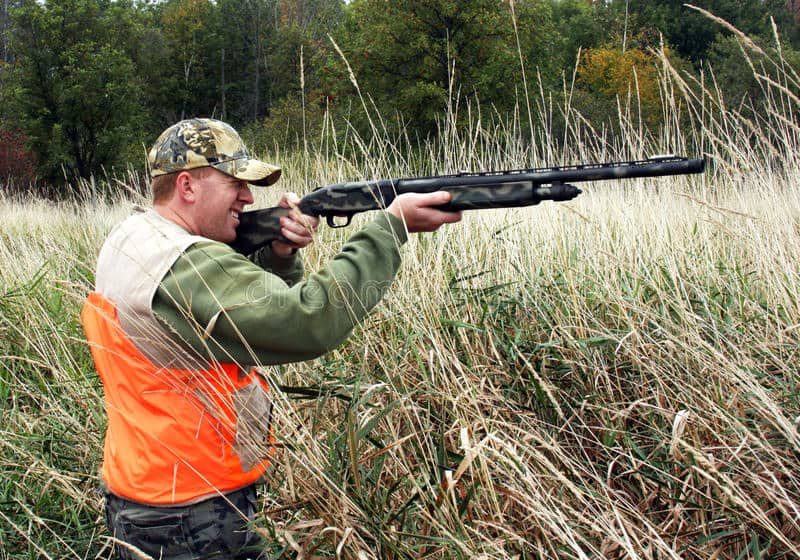 In much of the rest of the world, wandering through woodland is a passive pastime. One will be there to enjoy the sights and smells that come from ancient woodland and the huge ecosystems that they support. Not always a good idea in the backwoods of the United States.

Americans have long loved to reconnect with nature by putting holes in it and either taking bits of it home to hang on a wall, to dress their spouses in its fur, or to eat it. With the lack of apex predators such as wolves (most extinct as they have been shot), many deer species can get out of control in numbers and honestly, culling does the wider populations a favour as lower numbers result in more food for fewer animals and those that remain are healthier and happier.

Sadly, the same hunters like to put bear, wildcat and wolves’ heads on their walls, and others feel that a raccoon’s fur looks better as a hat than on the animal scampering through the trees. Not all hunting is for the good of the species. 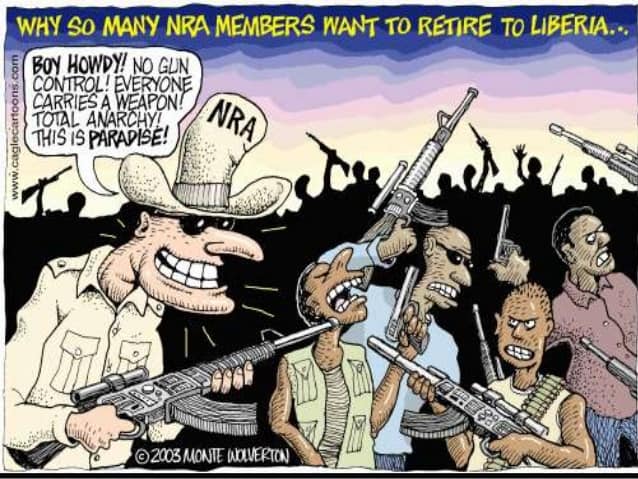 One of the upshots of the ‘if it moves, shoot it’ attitude of hunters in the woods is that in more popular hunting destinations there are so many bullets flying from different directions you might as well be fighting asymmetric warfare in the jungle. While most hunters only want to kill furry things, accidents do occur.

Rather than ban hunting (what would the National Rifle Association say to their expensively supported legislators?!) state governments have some reasonably tight regulation on the clothing that hunters need to wear. The International Hunter Education Association lists these regulations state by state in the US. Alabama is a Deep South, largely rural state and is a classic case of where such hunting accidents can occur – here’s what the IHEA say:

“All persons hunting any wildlife species (except turkey and migratory birds (including crows) and while hunting legally designated species during legal nighttime hours) during dates and in areas open by regulation to gun deer season are required to wear an outer garment above the waist with a minimum of 144 square inches of hunter orange or either a full size hunter orange hat or cap… A small logo and/or printing is permitted on the front of hunter orange caps; otherwise, hunter orange must be of solid color and visible from any angle. Only hunter orange, commonly called blaze orange, ten mile cloth, etc., is legal. The various shades of red as well as camo orange are not legal.”

In short, if the hunter can see a huge bright orange label on you they can’t wriggle out of manslaughter charges having shot you. This doesn’t apply in every state – Alaska, where many backwoodsmen live long term and do shoot for food, they are allowed to dress as snipers and shoot what they like when they like. If another hunter stands between them and the caribou then largely they can claim it was an accident (just don’t do it too often as someone might start thinking you enjoy those accidents…)

Forgive us for our bemusement at this pastime, but the whole business of dressing not to be seen and having the best high-powered rifle sometimes appears to be like a young boy’s game only with real weapons and a real chance of wrecking a family of your fellow species’ lives.

We haven’t touched on guns here – this article is about having specially camouflaged shipping container lodges. Yes, hunting lodges that a myopic man with a rifle won’t see until they either hear a bullet ricochet or a human scream when someone having their morning coffee has their day ruined before they’ve woken up properly.

There are a number of shipping container hunting lodges out there that are designed to appeal to the hunter who lives in the city most of the time and likes to disappear into the wilderness to kill things to vent their frustration with their careers.

Texas based Kountry Containers has a fitted shipping container hunting lodge that has all the mod cons the city boy living in the backwoods for the weekend needs: a fully plumbed in shower room, fitted Ikea kitchen, LED lighting and optional furnishings for as little as $36,000. Others go the whole hog with camouflage that is designed to completely hide one’s bolthole to everyone except those in the know.

At Gateway Container Sales we have done a few articles on backwoods shipping container boltholes and one of the first things one needs to consider is plumbing into a water supply of sorts and then how to get the electricity supply? While it would be nice to have mains electricity in the back of beyond where people wearing bright orange jackets try not to shoot each other, one does need to be a little better prepared. Just recently we looked at an off-grid cabin run by a New York City based couple who thought all of the issues – from water supply to electricity and then onto their living arrangements. These backwoods boltholes have to be self-sufficient.

So, your home from home is warm and comfortable, and is just the sort of place you can retreat to to hide from your wife and kids on a weekend. Given that there may well be other hunters in the area (of differing eyesight and attitudes to pulling the trigger) the question arises: are shipping containers bulletproof or do you need another layer of steel to keep out the flying lead while you doze off your barbecued venison meal from the night before?

Watch this video to see for yourself:

The general conclusion is that most bullets that are designed to penetrate an animal’s hide and skull will not penetrate a shipping container bolthole’s outer skin. If a hunter is trying to shoot racoons with a pistol then you will be alright. If the shooter is using full metal jacket or armour penetrating rounds then your home is somewhat less safe. The armour penetrating rounds are designed to put holes in Russian armoured vehicles and these are a tad tougher to penetrate than a shipping container’s flimsy walls.

Shotgun rounds have a relatively low range of around 50 metres of lethal force. This is because the shot isn’t spinning as it flies out of the cartridge as it does from a rifle muzzle. The bigger the shot the better the range – a ‘solid shot’ round may leave a hole in your bolthole.

Does this mean that your shipping container hunting lodge is safe from marauding myopic hunters in the backwoods? It just depends on whether they are out to shoot wildlife that are walking in the open or whether they plan on shooting wildlife driving Russian armoured vehicles. If they are the latter then your home may be somewhat less safe than if they are the former.

Here at Gateway Container Sales we are experts in repurposed shipping container conversions. We can help you source, design and build your backwoods hunting lodge, and can even consider adding some hardened steel to the outer sides to protect you from other hunters who might be packing armament more suited to the battlefields of Afghanistan than the Outback… Contact us today or get a free quote.