Hughes Hall College at Cambridge University in the UK was the only college at the ancient and elite university without a Porter’s Lodge. While one of the younger colleges in Cambridge – founded in 1885 – it still has the ancient traditions of the centre of scholarship that just need a bit of support from the porters.

The porter ensures that everything relating to life in a college is safe and comfortable. They handle all the keys, do a wide range of janitor-type jobs, and things like fly the flag every morning and take it in every evening. It’s one of the ancient roles of the university that harks back 1000 years. At a ‘normal’ university there could be 5 people doing the porter’s role on different pay scales and official job descriptions.

Many universities have porters but you wouldn’t realise. In student halls of residence there’s someone on duty 24/7 to ensure everyone’s OK. At 18 kids think they’re adults but really aren’t and end up in a right mess all too frequently. Speaking of his job as a Cambridge University porter, Colin Maxted told the Guardian newspaper, ”Some young people have just left home and never drunk port before,” he says, “and some of the older ones think it’s funny to get the first years drunk.”

The lodge sits outside the front of the college and many porters prefer that it is the first point of entrance for the collage campus. You see the porter several times a day, and their role is to take some of the strain away that might otherwise occur from the pressure of being a student at one of the oldest and best universities in the world. 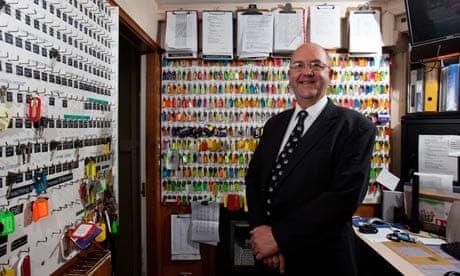 With planning permission for five years, the new lodge had to be temporary and with a light footprint on the campus’s land. According to Dezeen, “A shipping container is a ready made self-supporting structure that doesn’t require any foundations and is easily customisable to allow for bespoke design,” said Alexander Giarlis, co-founder of the architects Neubau who placed the container.

It sits in the car park, taking up three parking spaces. The 40 ft (or two TEU) fits the size perfectly.

Another great facet of shipping containers is that they are almost endlessly customisable and this allowed Neubau to split into three zones – a reception space, more than 400 student pigeonholes, a porters’ office and parcel storage.

The final criteria for such a place of high learning and ancient architecture is that the porter’s lodge had to sit well with its environment. You can see from the imagery that its bold post-industrial appearance grabs the eye yet doesn’t jolt you. It is a modern addition to an older campus – just what the brief and city planners would have demanded. 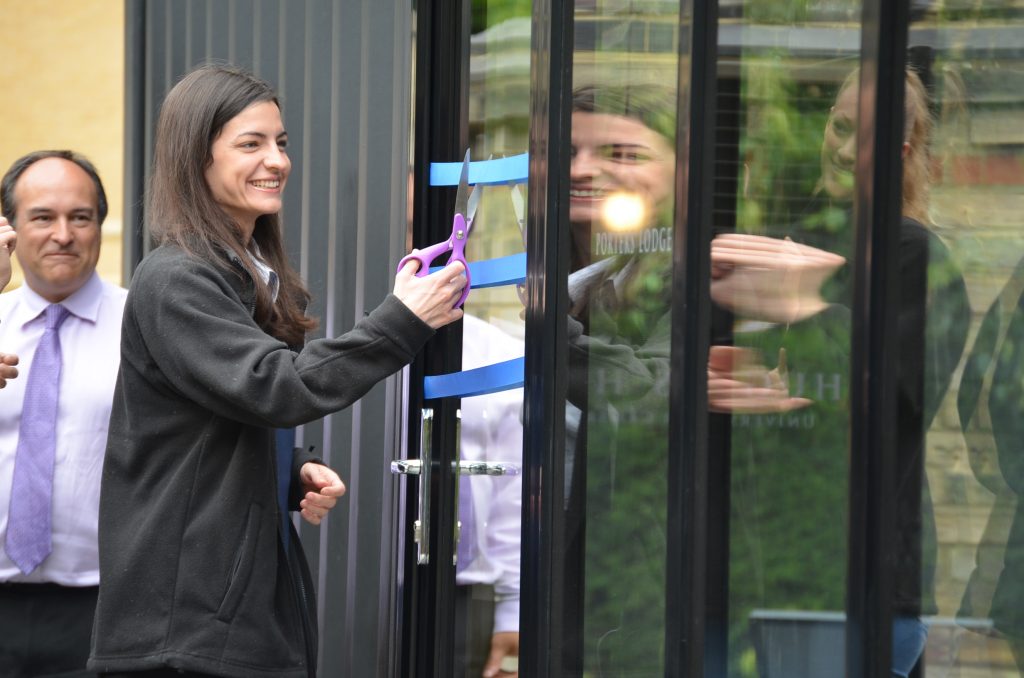 At the opening ceremony this year, Head Porter Jonathan Aveling recited a poem which perfectly summarised the Porters’ life over the last year, ending with:

“But standing here this morning I hope you will agree, the Porters Lodge we have at Hughes is a pleasant sight to see,

So this is my conclusion I am very pleased to say, that this looks fit for purpose, we’ll start using it today.”

If you’re thinking of taking the leap into building a new container construction, like a shipping container lodge for your backyard, get in touch with Gateway Container Sales today! We can modify containers onsite or put you in touch with our network of designers, builders and architects. Get a free quote.