Can Shipping Containers Be The Answer to Australia’s Housing Crisis? 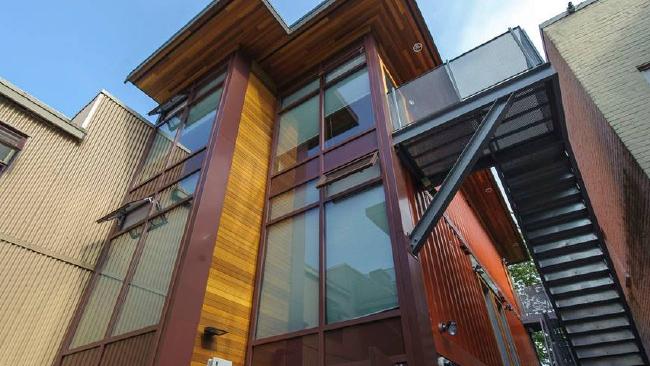 So, what’s the problem? 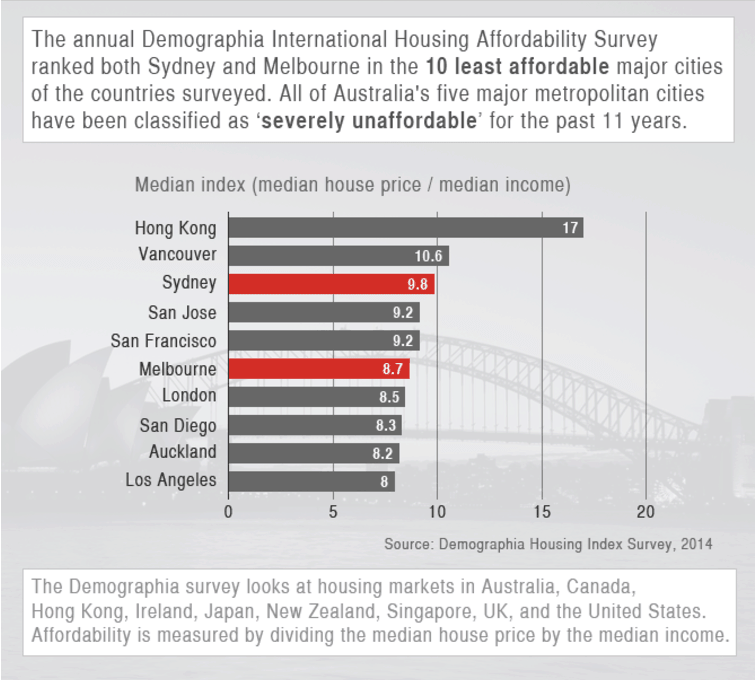 Australia has some of the least affordable housing in the world. In 2014 Sydney was ranked the third most expensive city in the world in terms of housing, while even Melbourne (6th) ranked above notoriously expensive London, England (7th) in the same index.

Rents haven’t raced up nearly as much due to a tax loophole deliberately created by the government to prevent rents from overheating. Even so, another index showed that 52.8% of people on low incomes are paying more than 30% of their income on rent, while 25.8% of Australians on low incomes are classed as paying ‘extremely unaffordable’ rents – 50% or more of their income.

The problem has been caused by a range of factors. Due to the global financial crisis in 2007-08, there was a collapse in new home building across the country, and though it is recovering slowly, only last year did Sydney see as many new homes being completed every year as just before the financial crisis.

Banks haven’t been kind either, with very few allowing first time home buyers to have a mortgage with less than a 10% deposit on their mortgage. This is trapping a lot of families in rental accommodation. 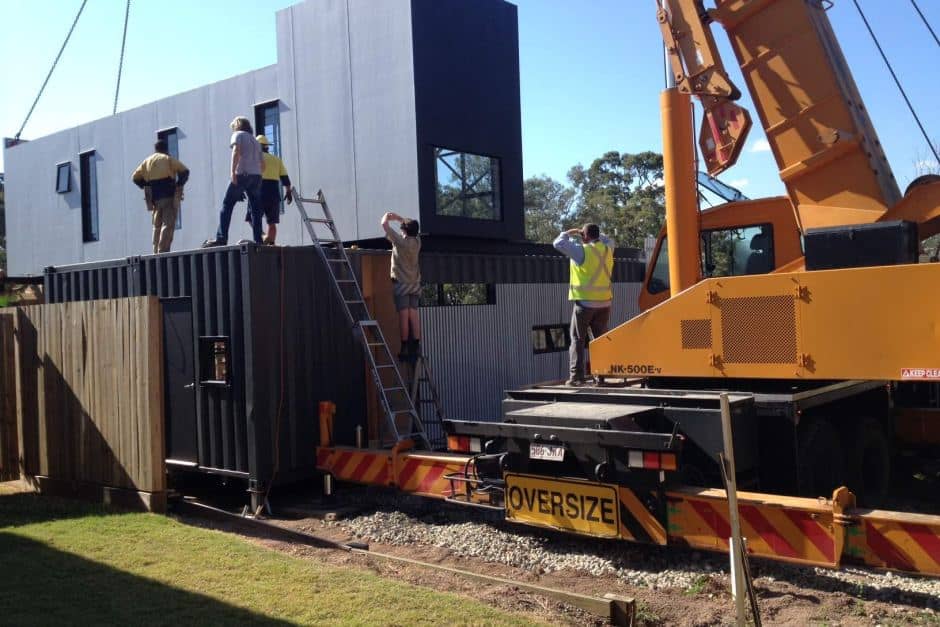 Shipping container housing may well be a solution to the housing crisis. Containers cost as little as AUD$3,000 for the box itself, while conversion into a unit to be added to a house or apartment build costs nowhere near as much as a brick and mortar home.

Another element is that shipping container homes are very aesthetically pleasing to look at. Just see the images throughout this blog for an idea as to what can be done. Beautiful homes appreciate more in value than their ugly cousins! 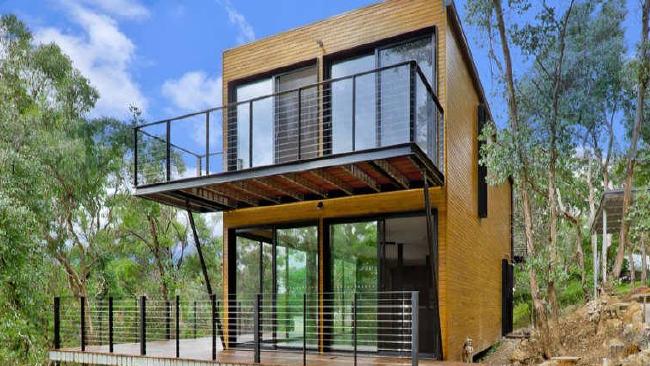 They can be prefabricated in factories, with windows, doors, insulation and even most of the utilities fitted before being dropped onto their foundations on site. Being built in a factory, they aren’t as susceptible to the weather during construction as brick and mortar homes are – where a team of builders can’t work in stormy weather or excessive heat, all the work can be done inside.

As well as detached housing, container homes can be built as apartments and high density housing complexes with 2 to 3, six metre containers forming a single apartment with all the facilities a small family needs.

Shipping container homes can be built extremely quickly too. From breaking the ground to having a habitable home on the site, it can take as little as three months compared to an equivalent brick and mortar home taking six months or so. This reduces the overall costs of construction simply by reducing the man hours it takes to build it.

For property investors, now is a very good time to invest in new homes. Given that people have doubled their money in property in the last 14 years, this represents a return of almost 10% annually even with the financial crash in the mid Noughties. Banks are paying less than 1% interest on savings – less than inflation – so putting your money in property will beat the banks by quite some margin!

One way to do this is to invest in building processes that are relatively cheap yet can sell for a greater margin – or can be rented for a lower margin while the property value increases, generating two income streams for the same property in terms of value appreciation as well as rental income.

As with all solutions to crises, there needs to be a range of routes taken to resolving the problem. Shipping container homes can be built extremely quickly and cheaply, providing a quick fix solution to some of the problem. Their cost to build means that if the housing bubble bursts across the country, those building them won’t be so badly hit.

Build an affordable home without paying an arm or leg

Here at Gateway Container Sales we can help you with almost any construction project you can imagine and can provide the resources to help build your project big or small. We can put you in touch with our network of experts can guide you through the pros and pitfalls of container housing, and help you develop your ideas from paper, to the end of the project. Give us a call today!