Cats That Stowaway in Shipping Containers 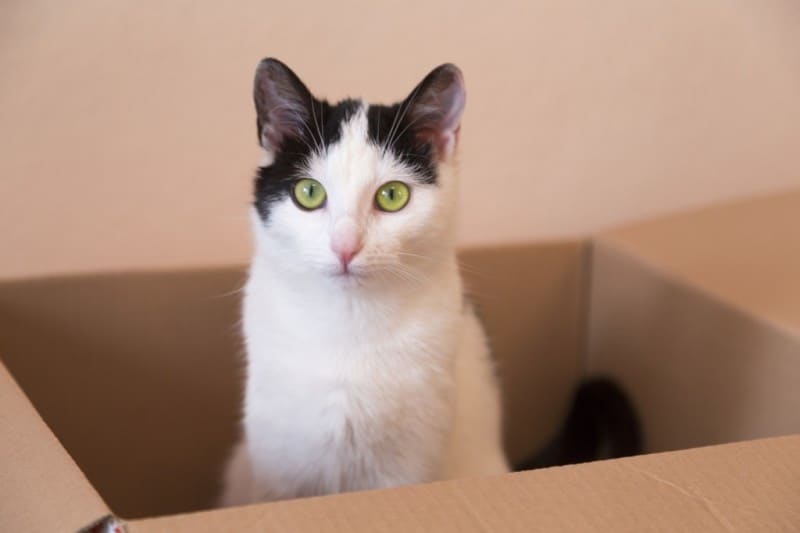 Cats get everywhere it seems – you can’t go on the internet for five minutes without seeing them up to something or other, whether freaking out at cucumbers or taking a giant leap and failing spectacularly. Some of us can’t get five minutes’ peace at our desks without our ‘secretary’ wanting pats…

One of their characteristics that cats are famed for is curiosity. But curiosity didn’t kill the three cats we see in this blog post, all of whom have got trapped in shipping containers and ended up travelling thousands of kilometres and living to tell the tale… 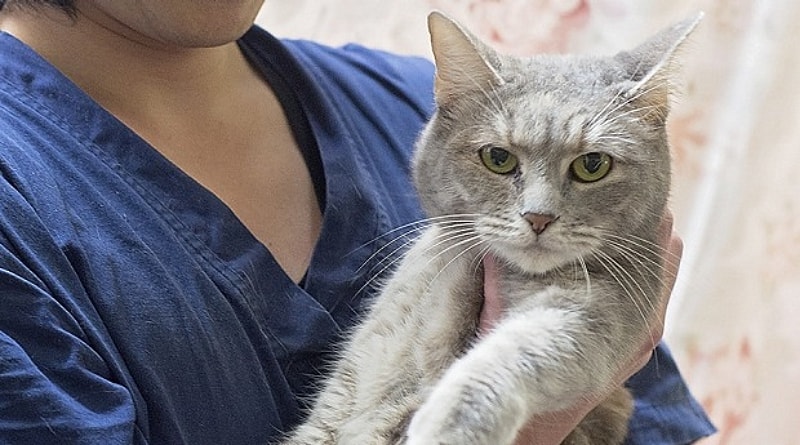 Pippa the cat was a much loved family pet in Darwin, Australia. One day last year, Pippa went missing. Cats like to go walkabout from time to time so initially the Schillings family wasn’t too worried but their young daughter soon started bugging them that she was worried, and they started to search.

There was no sign of her anywhere, including animal shelters and none of the neighbours had seen her. The family had begun mourning for their lost moggy when they had an unexpected call from their former neighbours who had moved 3,500 kilometres away across the country to Brisbane at the same time Pippa the cat had gone missing.

The neighbours had packed their worldly possessions in a shipping container, which had been hauled over land and by sea to their new home. A month later they heard a distressed cat in their container when it arrived, and immediately recognised Pippa the cat. It appears that though there was no food in the container, the cat had survived for a staggering 49 days by licking condensation from the box’s walls.

They quickly phoned the Schillings, who flew over to see their wandering feline friend. As soon as she was fit they flew her home. 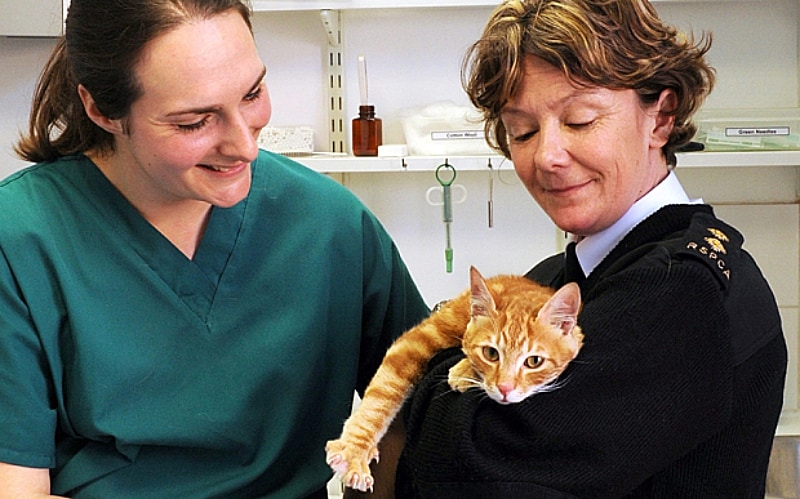 Another long journey for a cat in a container was that of an eight month old ginger tom later named Sinbad. In 2014 he had found his way into a shipping container at Alexandria port in Egypt.

The container then was transported by sea and over land a distance of 4,800 kilometres to Herefordshire in England where the container was delivered to the Mediterranean Linen company. Managing Director Graham Monteath said, “We heard this screeching noise. I have never heard a cat make that noise before. One of the lads thought it was a baby. I just turned round and thought ‘good God, what is that?’ Then this cat’s head popped out of the door.”

After four months in Quarantine, the travelling tom was adopted by a loving family in the UK. Domestic cats of today are known to have descended from animals that lived in the deserts around Egypt, and as such can go a long time without water due to the arid conditions where they came from. With a regular diet of mice and other rodents, water isn’t a major priority, though these cats have all survived because condensation can build up inside containers and this provides a valuable water source even as they starve inside. 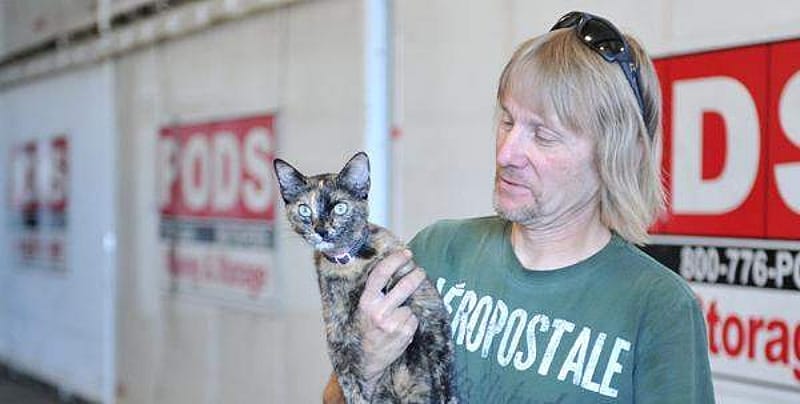 Another lucky escape was made by a moggy who travelled over 1,800 kilometres in a shipping container from Arizona to White City in Oregon in the US and surviving an incredible 27 days. The cat got into the container while it was being loaded in Arizona and got locked in. The container was at a depot in White City where a worker heard her plaintive cries for help.

Dean Herigstad heard the noises in among sixteen containers, and finally narrowed it down to one. He got permission from the people who were using the container to break the lock and found the stowaway inside, starving and dehydrated. Naming her Lucky, he told the media in Oregon that he had found her and the owners of the container were eventually contacted. In the meantime Lucky the wandering moggy decided to adopt her rescuer happily getting in his way.

Need a cat-free container to store your belongings?

One of the things Gateway Container Sales guarantees is that you will not find a globetrotting moggy inside our containers! We check inside before we modify them to your specifications…Get in touch with us today to discuss how you might convert your shipping container to suit your needs. Whether you need extra storage or wanting to building a cat palace or another architectural wonder, we will be help you convert your shipping container in almost any way you desire.