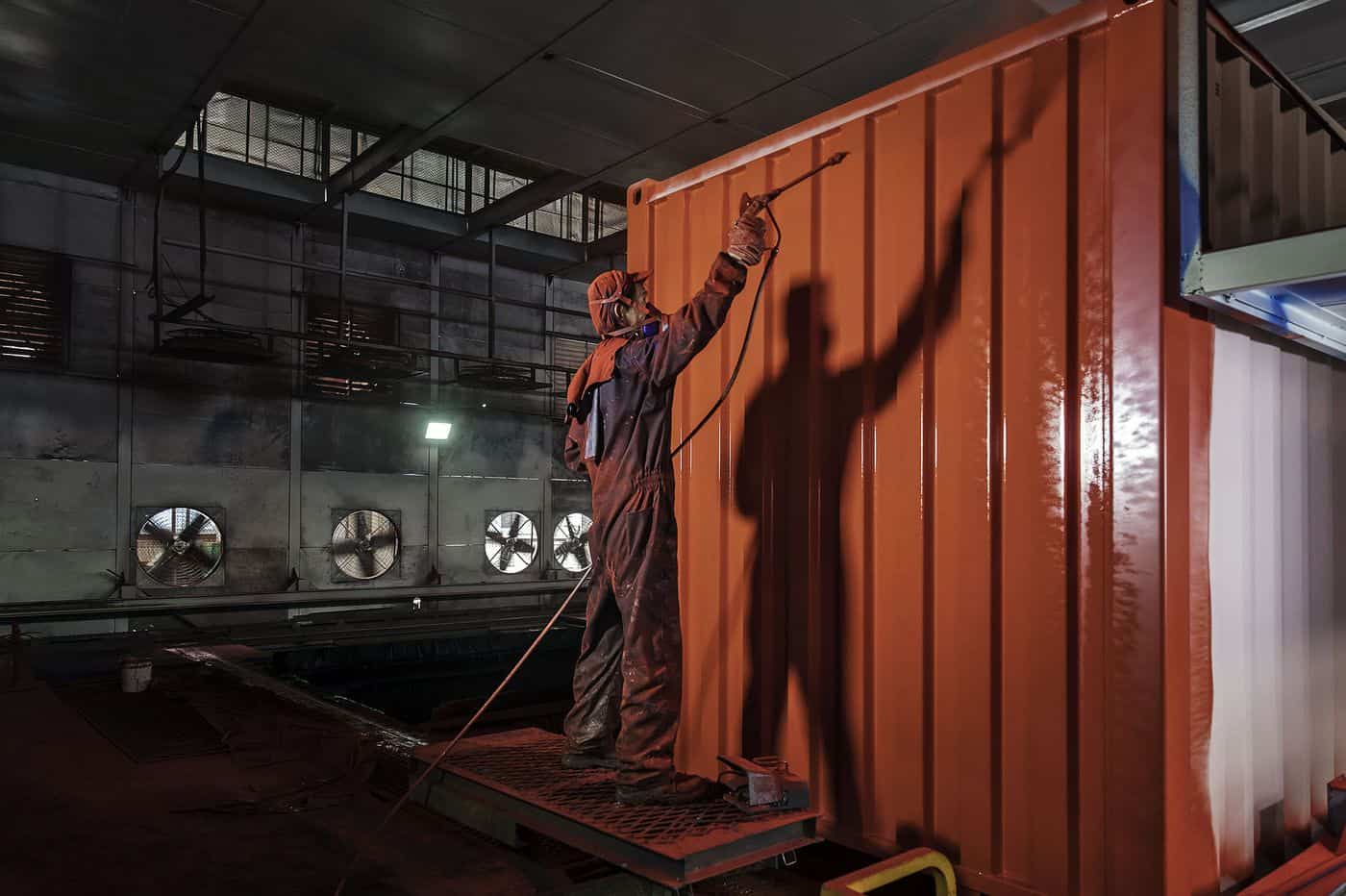 China’s government has made a move to reduce the environmental impact of shipping containers. This has temporarily ceased 70% of new container production and will put the price up on new containers. The good thing is that those workers making the containers won’t be exposed to dangerously high levels of Volatile Organic Compounds (VOCs) in the old paints and the move will reduce damage to the ozone layer in the atmosphere.

China’s shipping container manufacturers make 95% of the world’s containers. In late June this year the Hellenic Shipping News reported, “As part of their pledge to cut emissions by 70 percent by the end of this year, these companies are coating containers with water-borne paints that release less toxic fumes than oil-based varieties before China starts levying a green tax in January 2018.”

The international logistics company CHS Container Group published a report that explained this further: “The switch was initiated for South China in July 2016 and manufacturing companies throughout the country will have completed the conversion until April 2017. The regulations prohibit the further use of solvent-based paints systems on standard containers in favour of water-based paints.”

VOCs and the environment 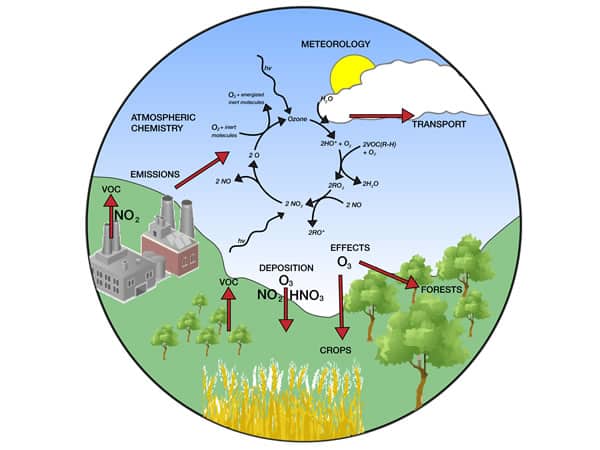 VOCs have a really bad impact on the environment. They are emitted from solvent based paints when the solvent evaporates and reacts with oxygen to form the toxic chemical ozone. The UK environmentalist website Pollution Issues explained that those applying the paint can have serious health issues such as lung cancer and even neurological damage from prolonged exposure.

The site also said that there is a real problem when these paints evaporate into the atmosphere: “When VOC’s react with oxygen, they can form ‘bad’ ozone in the presence of sunlight. This is a contributory factor to the greenhouse effect and a cause of global warming. One study by C.E.P.E. attributes paints and varnishes to causing as much as five percent of all VOC emissions.”

The Chinese government seems to be improving its environmental credentials for two reasons – firstly to take the global lead in sustainable industry, and secondly to protect the health of its workforce. This move by China over shipping containers is one of those dual purpose steps.

There have been a lot of complaints about elements of the shipping industry, particularly those solely concerned with the bottom line and who don’t give a fig for the environment. Speaking to the financial media outlet Bloomberg, “This isn’t what shipping companies would want just as the industry is showing some life,” said Park Moo-hyun, an analyst at Hana Financial Investment Co. in Seoul.

The cost of shipping containers is set to rise by around US$200 per 20ft container due to the unilateral and collective move by Chinese container manufacturers. Speaking to Hellenic Shipping News, Nilesh Tiwary, analyst at Drewry Financial Research Services in New Delhi, said “The steep rise can be attributed to all container factories switching to using more environmentally friendly—but costlier—water-based painting systems.”

Before the Chinese manufacturing dragon got involved in making the world’s goods, when a little country improved its workplace health and safety or environmental standards, global companies would up sticks and threaten to bankrupt the nation. They can’t do this to the world’s most populous (and soon to be richest) country. When the entire industry moves to the change in concert, it has completely stymied the shipping industry as no one will be able to find a cheaper source of containers as they might should just one or two factories have done it.

All to the environmental good

As people we are only on the planet for 70 years or so. Our children, however, inherit what we create. You can’t eat or breathe money and a couple hundred bucks a time out of a multibillion dollar company’s wallet isn’t going to destroy the shipping industry. The new paints will last longer on the containers too, which means that when repurposed through Gateway Container Sales they will have a much longer re-used lifespan. Ultimately, the move by China is good for us all, particularly for those who want their children to inherit a safer, cooler planet.