Container Social Housing in the Most Expensive City in the World 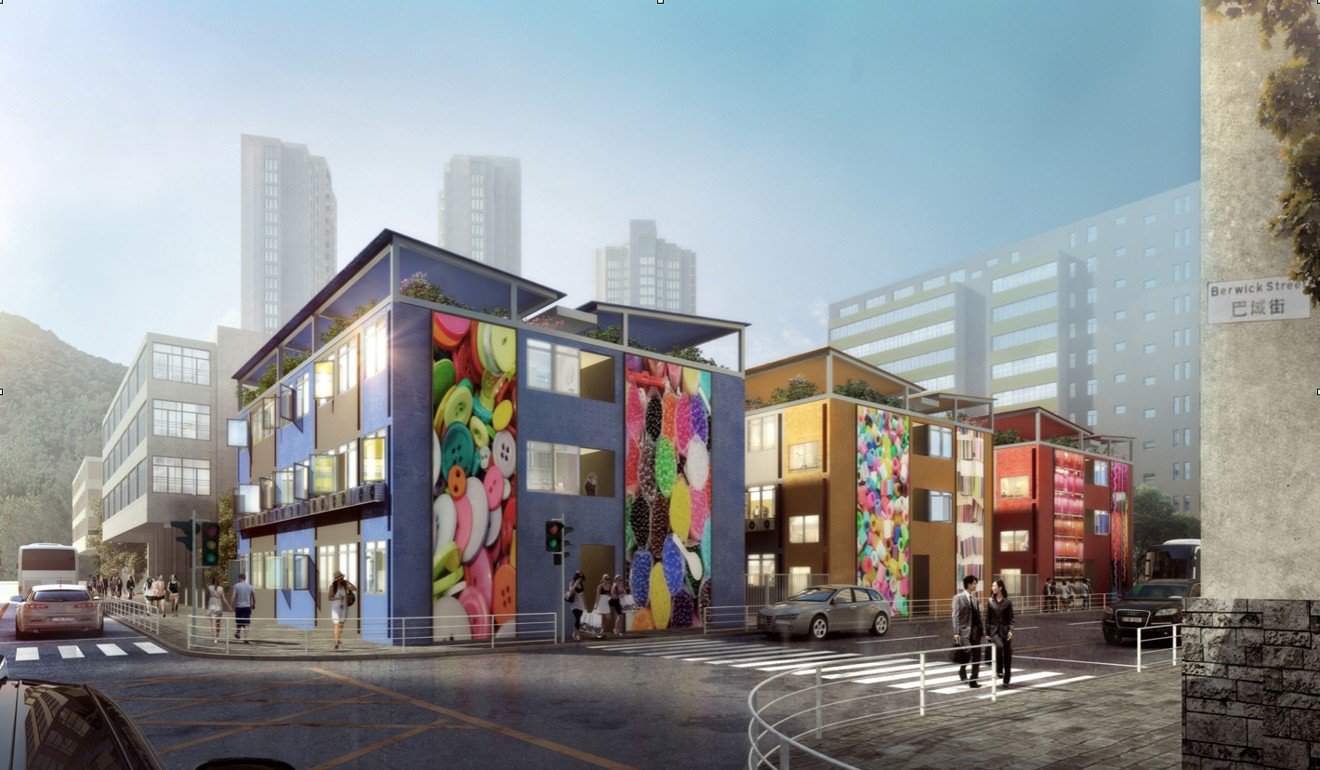 Hong Kong is the most expensive city in the world in terms of housing prices relative to average income. Not everyone can afford a US$900,000 apartment, and those who face crises such as a lost job can be in real trouble very quickly. The authorities looked around the world for solutions to the problem and hit on prefabricated temporary shipping container social housing.

Interestingly for us over here, Sydney comes out second on the list. Could our government take note?

Let’s start with the situation and then the solution.

Most unaffordable housing in the world 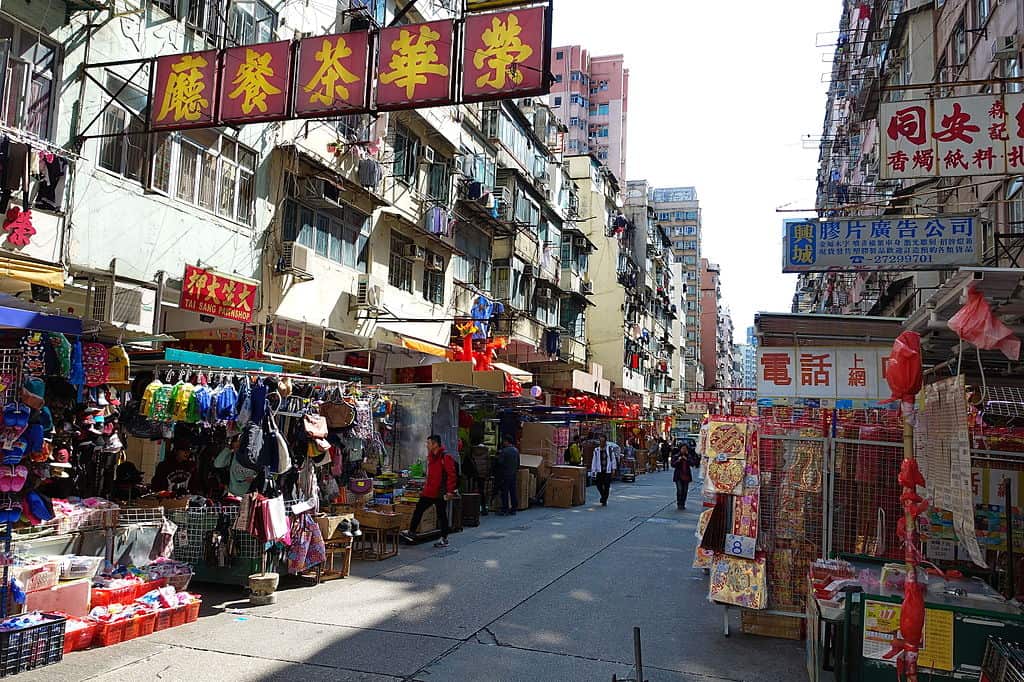 In terms of housing affordability, Hong Kong is the most expensive city in the world. This was found in the annual Demographia International Housing Affordability Survey, that according to Fortune, “assesses the median housing prices and median incomes to ascertain median multiples, which it uses to determine the rankings.”

According to CNBC the costs are huge as the city is limited by mountains and the water that surrounds it. There is much desire to live there as citizens have freedoms not seen in mainland China, yet can trade with China with no border issues as one may do in Singapore or other similar cities.

CNBC stated, “Hong Kong’s housing astronomical costs are a simple case of supply and demand. The city ranks as the fourth most densely populated among sovereign states or territories, with more than seven million residents spread across 1,106 square kilometres (427 sq miles).”

You don’t get much space for your $$$ either 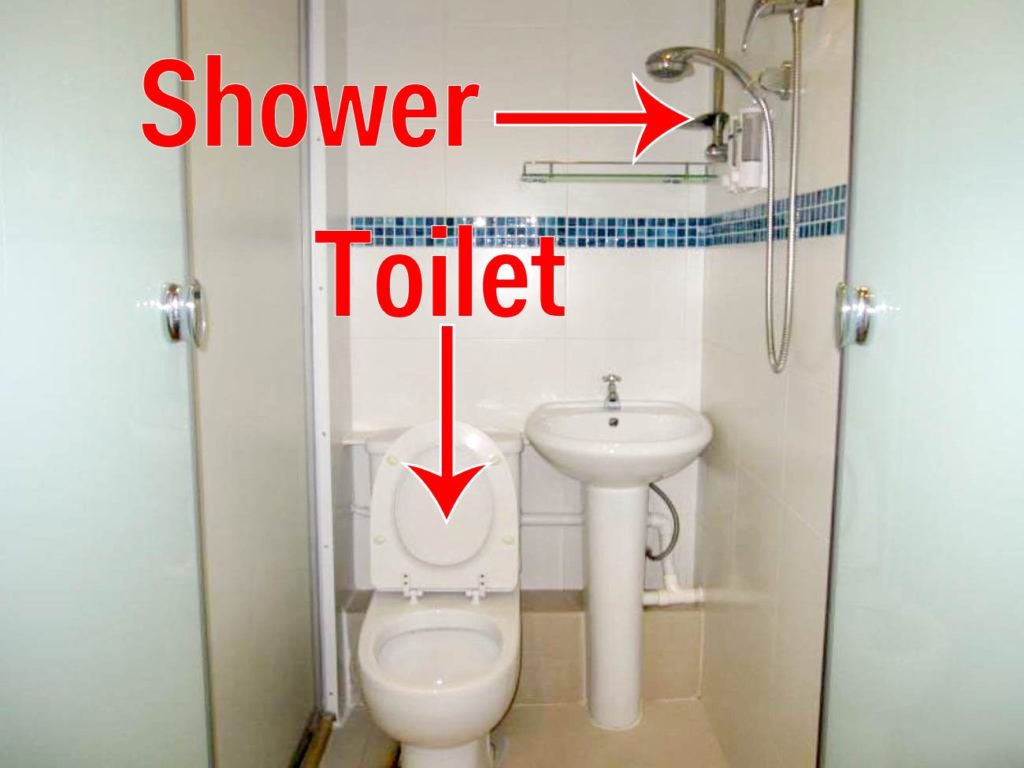 A Business Insider writer showed that even for astronomical sums, those who do live in Hong Kong have to live in quite tiny spaces: “the average living space for the city’s poorest residents was about 50 square feet, about half the size of a parking space and equivalent to that of those living in shared dormitories in correctional facilities.”

A ‘parking space’? That’s not too cool. Despite China being communist where one would believe that everyone is guaranteed a certain quality of life (everyone being supposedly equal) this really isn’t the case. It is a capitalist world, where you more or less have a choice – climb that housing ladder fast so you can afford a bigger home, or put up with cheek-by-jowl living.

Or move out of town? As a species we are tribal. We depend on those networks, many from our youngest years, to thrive in our world. We need those around us who we know and love to make our known world possible. That in turn feeds into the atmosphere a city has – the cosmopolitan buzz and feel of a happening city. Cities need the cleaners and dishwashers and taxi drivers, as much as they need their billionaire financiers and middle managers – they all contribute to city life.

Casting about for solutions 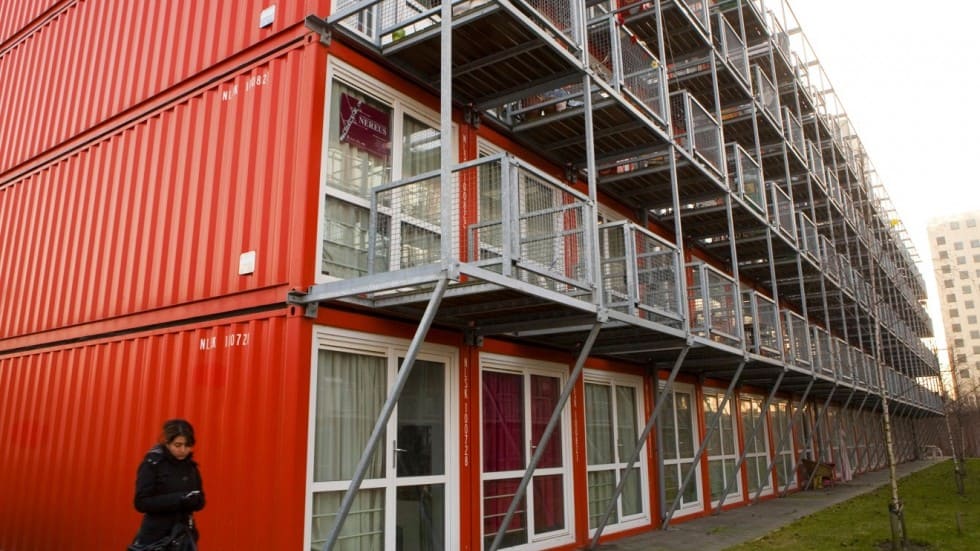 A flexible workforce is often seen as essential to capitalism. People will win and people will lose – the old ‘greasy pole’. In Hong Kong, some 150,000 families a month apply for social housing. Some will have higher priority than others, yet by comparison to other places in the world the waiting list is difficult but not impossible at an average of 4.7 years. While in the UK one can wait 25 years for local authority housing, 4.7 years could amount to your child’s entire secondary education living in temporary housing – not a great place from which to get a good start in life.

The Hong Kong Council of Social Service is an umbrella group of several social service organisations that looks to support those who have slid down the greasy pole. As discussed above, land is at a premium in the city and the cost per square foot of development land is just astronomical. The state owns land and to its credit, does build social housing but not at the rate that everyone who has a fall in life is guaranteed housing as quickly as they may need.

The Hong Kong Council of Social Service looked around the world for solutions and after discussing ideas like floating accommodation (that may sink in typhoons), shanty towns, etc, hit on the idea of temporary shipping container based blocks of flats that could be used for two or so years by those in acute housing need.

Speaking to the South China Morning Post, Stephen Lai Yuk-fai, the managing director of Rider Levett Bucknall, and lead consultant for the new temporary container housing scheme on Nam Cheong Street in Sham Shui Po said, “Public-sector housing is the most suitable for prefab manufacturing because it can provide flats in a short time at lower cost,” continuing, “If more housing can be made in factories by machines, we won’t need so many people to climb up and down to fix steel.” 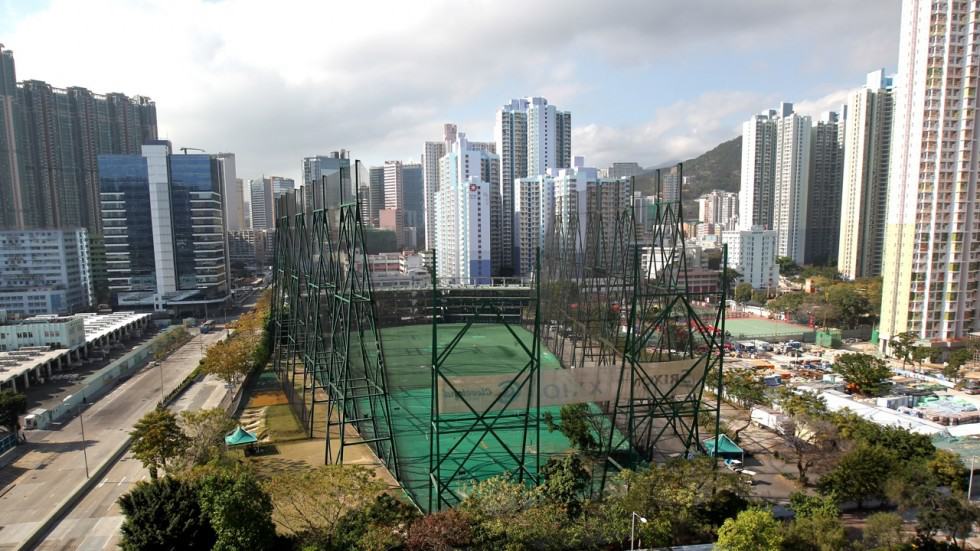 Henderson Land Development is a private developer company that had some land that it had no plans to use for at least two years. As so often the case, it was a brownfield site that had some old buildings on it that had to be demolished. The developers cleared the site and offered it to the Hong Kong Council of Social Service for HK$1 a year to use as temporary housing space.

The land will be developed for private housing after the 2-3 year period. This is the beauty of shipping container housing – it can be built in a factory, stacked on site and made habitable and then when the developers need the land back, so the accommodation can be torn down and rebuilt on another site on a similar deal with the owners of that brownfield land.

Ninety homes are to be built on the site – which has been questioned by many due to the sheer demand for social housing – but for this the development is being built at a cost of HK$35.7 million (US$4.5 million), or around US $50,000 per apartment.

The homes aren’t ‘the size of a parking space’ at the price either, though the smallest amounts to 147 square feet, or roughly three ‘parking spaces’. The larger ones are 287 square feet.

Speaking to the South China Morning Post, Australian architect Paul McKay said that he had lived in container housing in the New Territories as a youngster. He “said the homes can be “rather cheerless with no light from outside”, feeling “impermanent” and “claustrophobic”. In contrast, London’s Murray Grove has high-quality interiors, with wooden floors, plastered walls and skirting boards, McKay said. If containers are purpose-built for people to live in, such as these, they can feel like home, he said.”

A pilot for future developments

The 90 homes being built are admittedly a drop in the ocean compared to the real need for social housing in Hong Kong. Those behind the shipping container social housing project have indicated that this is part of a wider pilot project to test the water on the concept of temporary homes that can be moved between brownfield sites and allow for more temporary social housing to be made available throughout the city.

If it does work? Those who fall from the greasy pole will have somewhere comfortable, if temporary, to land while they sort themselves out and get climbing again. Could it work in Sydney and other areas too? It certainly seems so!

Whether you want to build your own shipping container home, granny flat or bolthole, here at Gateway Container Sales we can supply you with the shipping containers you need, as well as access to expertise in how to convert them. Contact us today to discuss your needs.