Could Shipping Container Farms Save Humanity? 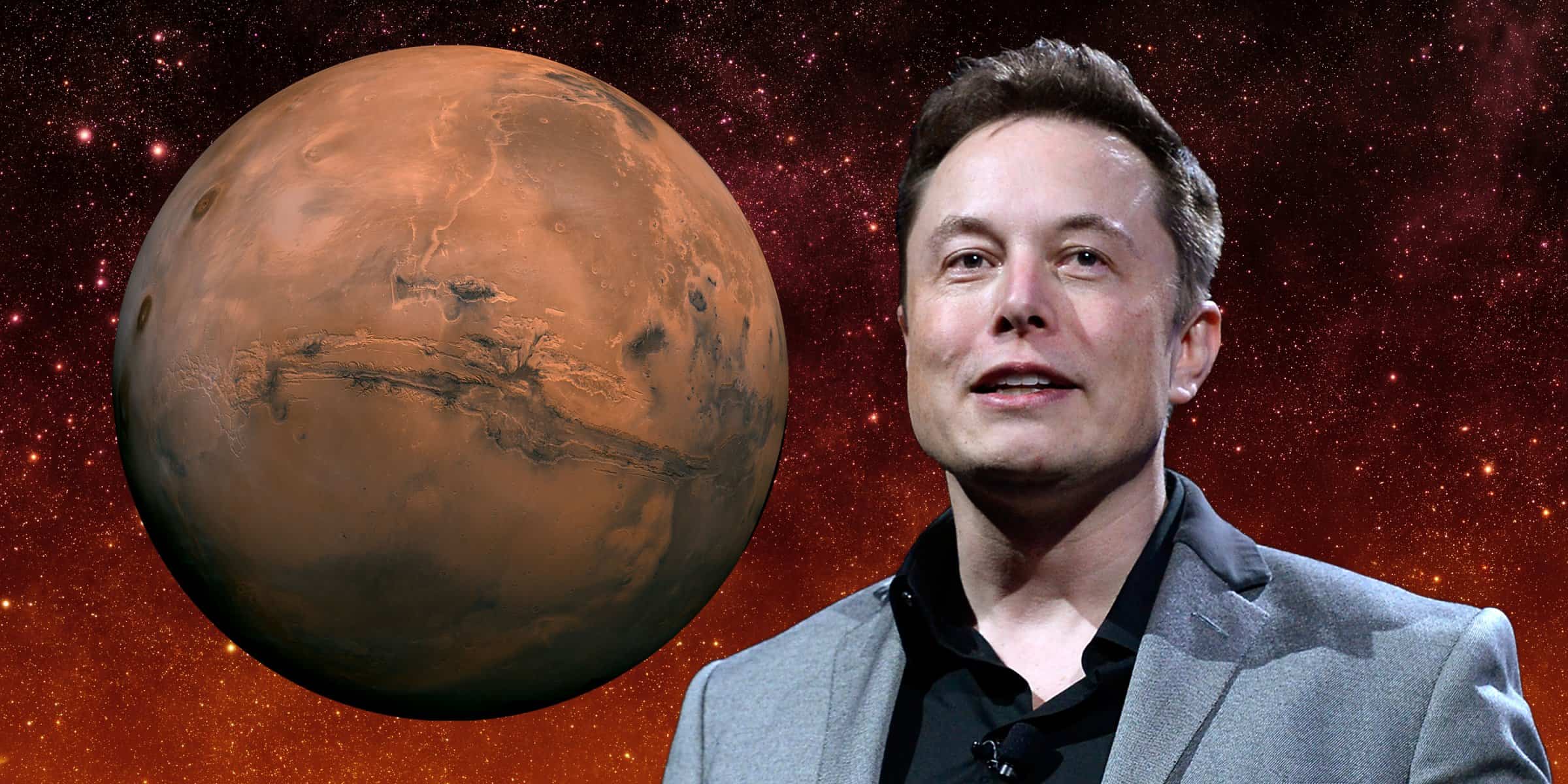 Tesla and SpaceX billionaire Elon Musk said in late 2016, there are two ‘fundamental paths’ humanity can take: “One is that we stay on Earth forever and then there will be an inevitable extinction event,” he said. “The alternative is to become a spacefaring civilisation, and a multi-planetary species.” Musk has taken the first step with his plans to colonise nearby planet Mars, with intentions to send the first manned mission there in 2022.

What has this got to do with shipping containers? Taking nine months to get there on the faster route, you’ll need to grow your own food, and to do that you need a self-contained indoor farm. Able to fit the equivalent of two acres of self-sustaining farm per shipping container, the technology could end up saving humanity even after we destroy our own planet. 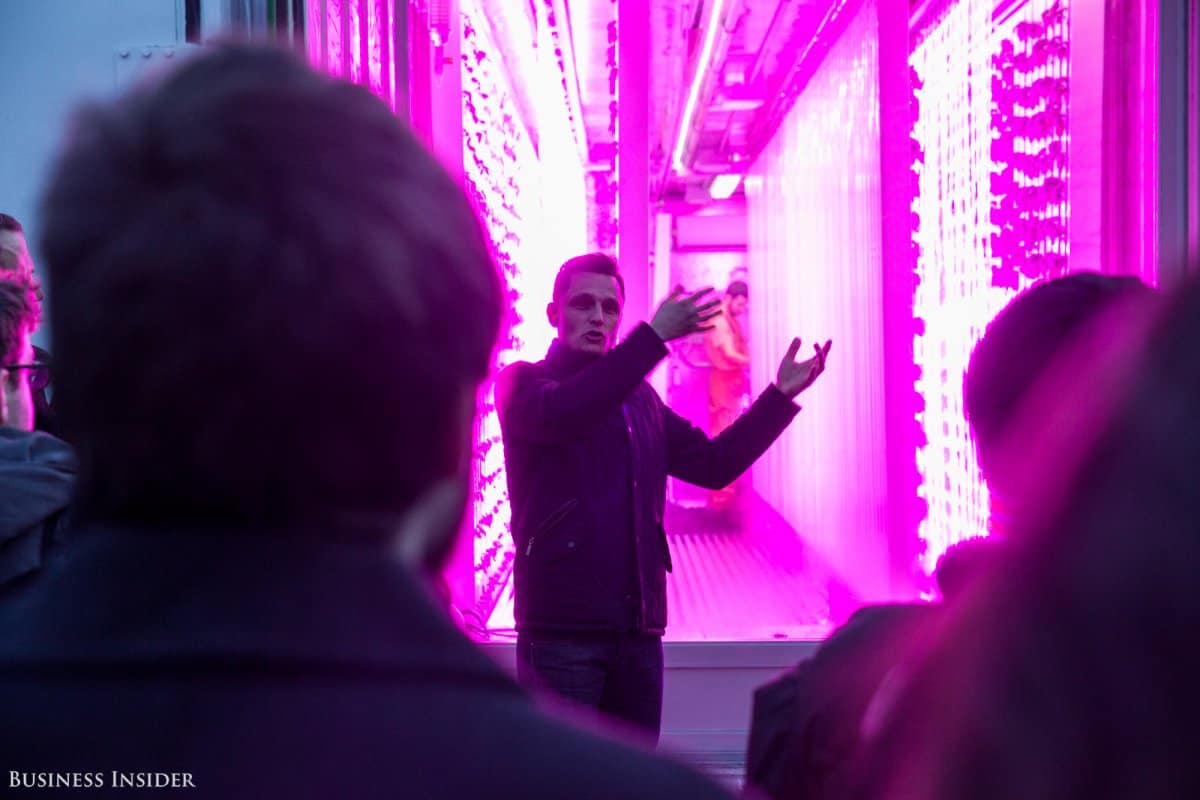 Before you think we’re getting too weird, there is reason behind the idea that Musk’s family could save humanity. Kimbal Musk, Elon’s brother has founded an inner city shipping container farm company called Square Roots.

Based in Brooklyn, New York City, the programme consists of 10 shipping containers in which local young people grow vegetables for sale to Brooklyn residents and restaurants. In the eyes of Kimbal Musk, living in an inner city is very like living on another planet. The Square Roots website pointed out: “Our cities are at the mercy of an industrial food system that ships in high-calorie, low-nutrient, processed food from thousands of miles away. It leaves us disconnected from the comfort, the nourishment, and the taste of food—not to mention the people who grow it.”

This isn’t very different to the millions of miles food would have to travel from Planet Earth. Food needs to be preserved to appear fresh, or processed in some way to have any taste or nutritional value. Feeding people in cities is a huge logistical challenge. Vertical shipping container farms are one solution.

Let there be light

No, we’re not about to get on our knees and grovel to the Musk brothers any further – we’re just pointing out that for much of life to flourish here on Earth you need light. In inner cities and the fourth rock from the sun (Mars), direct sunlight isn’t in great abundance. This is where shipping container farms succeed.

In the case of the Square Roots farm complex, light at specific wavelengths is given to the growing vegetables and herbs via LEDs. Different wavelengths of light are different colours – the ‘white’ light we see from the Sun is a blend of all visible light wavelengths, but plants don’t need all of them. This is why you see them growing in pink light. Scientists have been analysing just what wavelengths certain plants need for optimum production for years, and with the advent of LED lights they have been able to deliver that light without the room getting too hot, and thereby give the plants exactly what they need to produce all the nutrients and best taste possible.

Prior to LEDs there was an issue of lights overheating the room, yet the LEDs require so much less energy and ultimately exhaust a lot less heat than fluorescent tubes that preceded them. This means that a vertical farm of today requires far less energy than the ones originally developed. 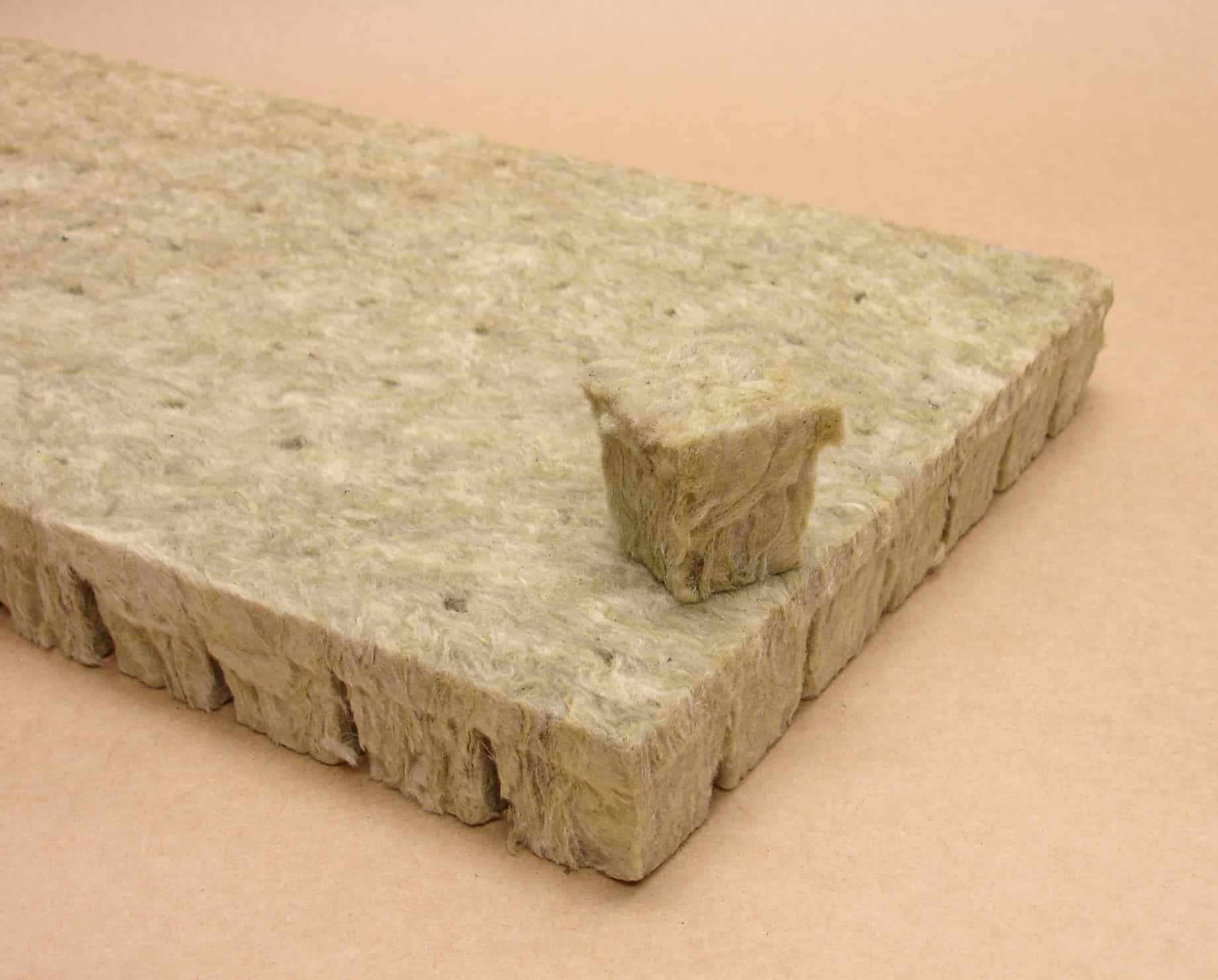 Where traditional farms need soil, shipping container vertical farms have the plants’ roots growing in a rock wool substrate, through which nutrient rich water flows to give them the food to grow. You don’t need soil. This is another factor that makes colonising Mars a possibility, in that the substrate in which the plants grow is very light and isn’t drained of the goodness as the vegetables grow.

On Mars, it may well be possible to grow the food in the soils, but there is one major problem – plants need organic material to grow properly. This is supplied in the water.

Water – the elixir of life

NASA scientists recently confirmed that there is water on Mars, making a human colony very possible there. Water is used to flush nutrients past the vegetables’ roots, enabling them to absorb the nutrients required to make the food we will urgently need in any permanent move away from Planet Earth.

These nutrients are fed through the rock wool beds that we mentioned above. In a shipping container farm, the exact amount of nutrients can be controlled for optimum growth and development of the food. In theory, unless we start growing fish with the vegetables, we would need to export the nutrients to Mars from Earth. By comparison to sending bales of preserved and processed leaves, this should be significantly cheaper. 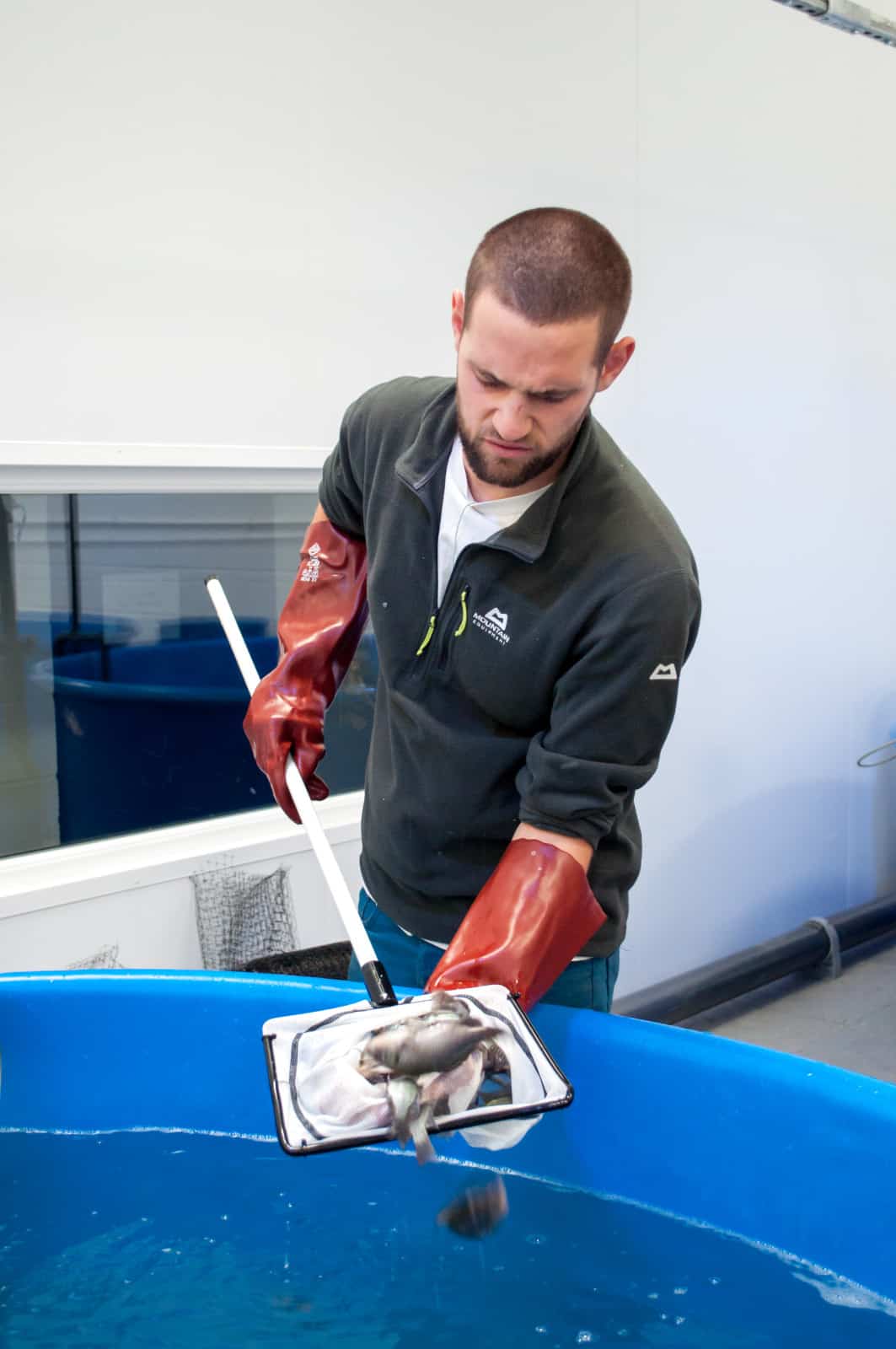 The Square Roots programme lacks one essential element – organic material for the vegetables to grow. Other firms have begun to explore this concept, where you put together an entirely edible ecosystem that as a whole creates a self sustaining farm.

Grow Up is a project that aims to produce vegetables and protein, taking a step towards a farming system that should produce a significant proportion of the nutrients we as humans need in order to live. Their website explains the process, that you can see in the diagram below:

3. The nutrient rich waste-water from the fish tanks is pumped to the roots of the plants where microbacteria convert the waste nutrients into helpful nutrients

4. The nutrients fertilise the plants and in turn the plants purify the water

5. The water is then pumped back into the fish tanks” 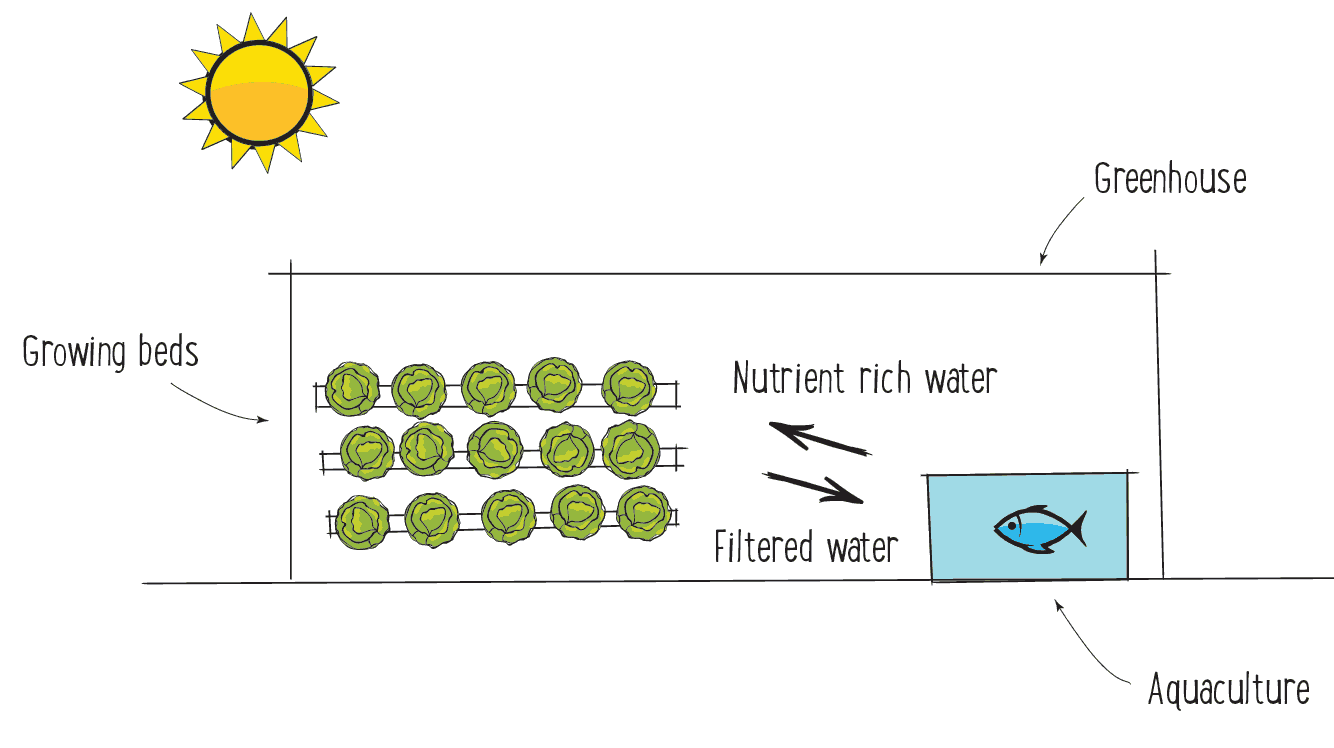 For humanity this means that a shipping container farm system could produce much of the food we need while colonising other planets. The Musk family may well be considering this (let’s face it, astrophysicist and PayPal founder Elon Musk isn’t short of a brain cell or two) but so far his brother has only managed to grow greens in New York. We need to go a few steps further to have a completely self-sustaining colony where to our knowledge there isn’t edible or farmable life.

Other things to consider 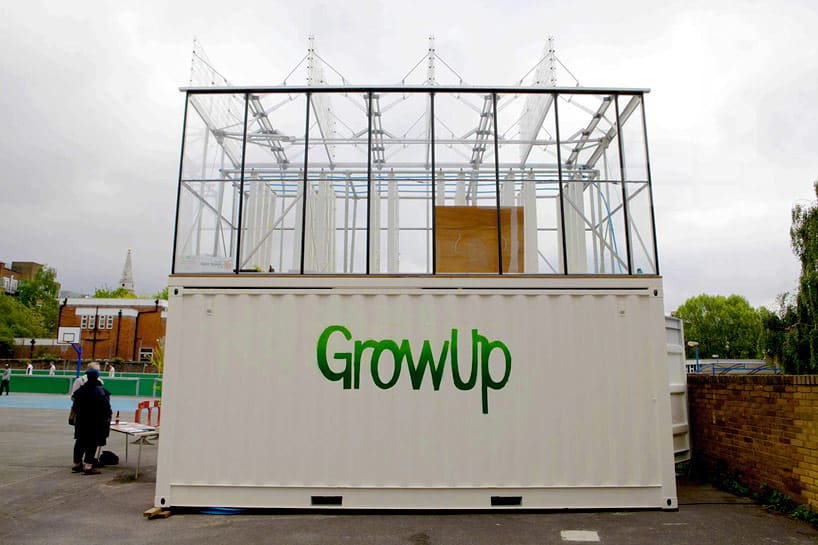 New York sees blisteringly hot summers and freezing cold winters every year. On Mars it never really gets up above zero degrees Celsius. The shipping container farms in production today have climate control systems that give the exact temperatures required for plants to grow at the optimum rate. They also control the amount of light required to suit the vegetables in question.

While many of the commercial farms in production today tend to focus on growing salad and greens, it is also possible to grow potatoes for another essential nutrient we need in order to survive – starch. Starch is a complex sugar that our bodies need for slow release energy. It is better in many ways than simple sugars, and is found in things like oats – the porridge we eat for breakfast is full of slow release energy that gets us through to lunchtime.

According to Maximum Yield magazine, growing potatoes is definitely possible. One expert told the magazine: “I use a large fabric pot filled with an absorbent, granular stonewool product. I soak the stonewool in pH 5.5 water and let it drain, then soak it once more in pH 5.5 water with some veg nutrient. Then I fill the fabric about three-quarters of the way full and place the germinating potato pieces on the stonewool granulate. Once this is done, I fill the fabric pot the rest of the way with more wet granulate, make up more nutrient solution and pour it over the granulate. That’s pretty much it. Every time I water, I add a little nutrient to the water.” The expert argued that growing potatoes in stone wool is a lot cleaner than soil too – a bonus!

Plants convert carbon dioxide into oxygen as part of the photosynthesis process. This is one of the reasons we need greenery on the planet to absorb the CO2 we produce. On Mars, producing oxygen would be a bit of a problem (there isn’t much of an atmosphere there) so the plants will be able to contribute to another necessity there – producing and cleaning the air for colonists to breathe.

Could or would you really want to go to Mars? 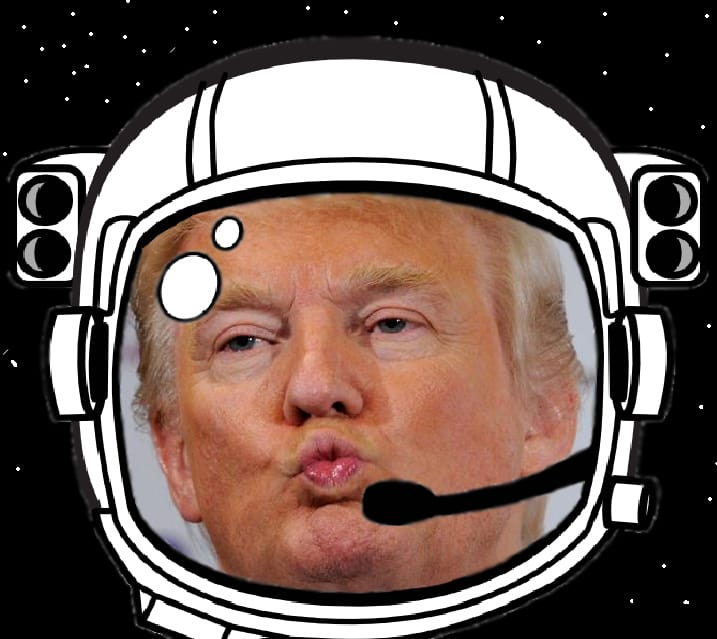 The first missions to Mars will set you back a few bucks. Musk estimated that the first trips would cost around US$10 billion to get there and back. Even if you could get the money, it could mean that you’re stuck in a capsule with a billionaire like Donald Trump for nine months. Call me an Earth loving lefty but I’m not sure I’d keep my sanity if I was in a tin can with him or one of his family for that long. To add to that you may be confined in very small indoor complex with the Trumps and a bunch of other intolerable billionaires for the rest of your life. We’ve only got one life and from my perspective at least, I’d rather try to make the best of things than being locked up with people like that until I pop my clogs, thank you very much!

Here at Gateway Container Sales we can supply you with whatever shipping containers you require and support you in whatever innovative or ordinary way you require, contact us today or get a free quote.