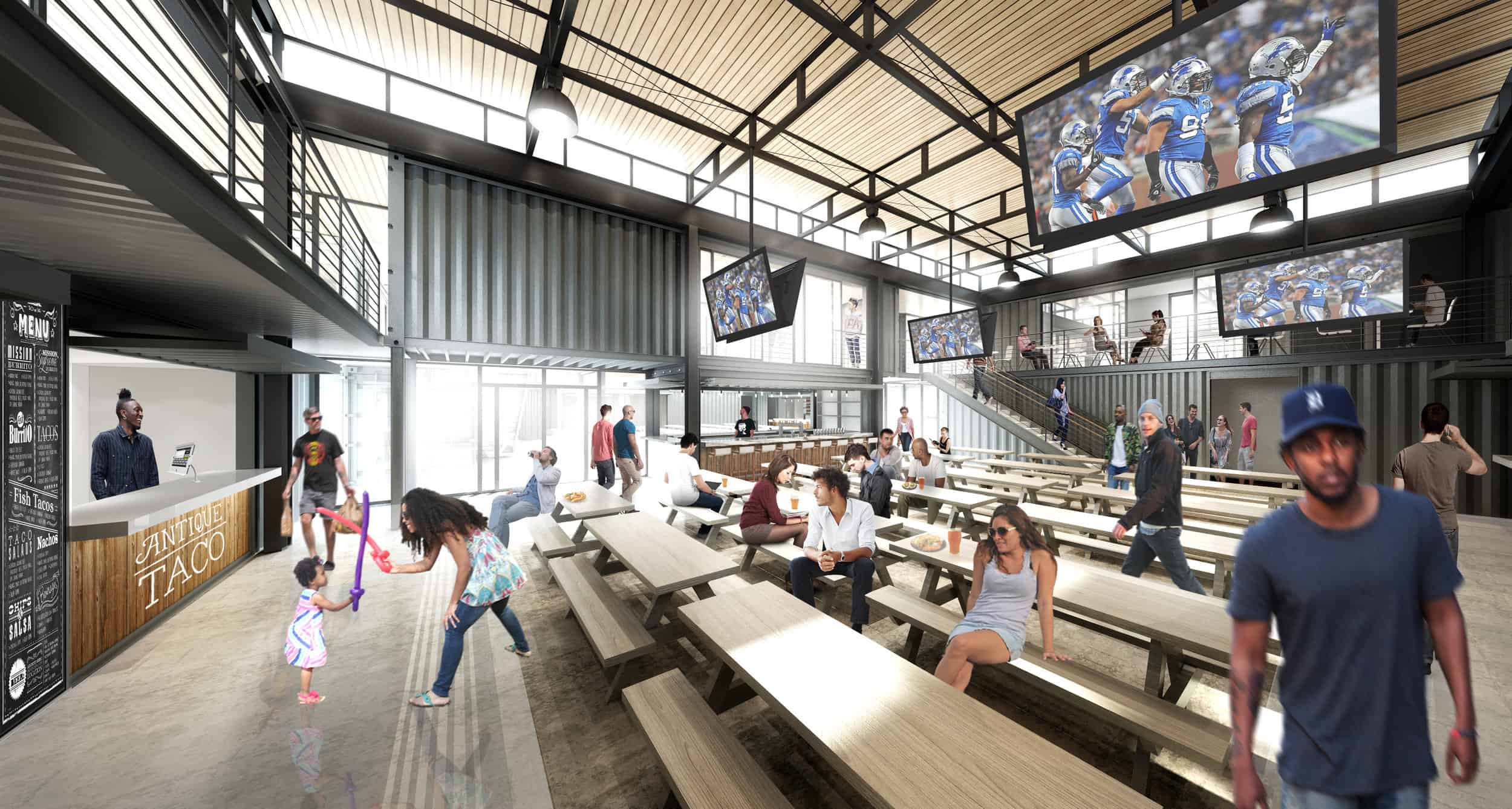 Chain food restaurants and eateries that claim to cook multiple cuisines both have something in common – the food is OK but often nothing to write home about. A trio of entrepreneurs in Detroit, Michigan have come up with a solution to this – a shipping container complex of local restaurants serving their own specialised food on one site that will make you want to come back time and again for more. Described as “The food of a five star restaurant. The atmosphere of a beer garden. The walls of a shipping crate” the Detroit Shipping Co entertainment complex is set to open in November this year.

The idea behind the project belongs to two natives of Detroit, Jonathan Hartzell and James Therkalsen who have been friends since they were kids. They originally wanted to run it as early as 2011, but ran into a number of obstacles.

The project was going to be a very simple affair, with a number of kitchens in vans around an open seating area on a lot in the up and coming Cass Corridor of Detroit. They rapidly found that investors didn’t like the idea of a seasonal business, so the project had to have a roof and be weathertight to secure investors.

Therkalsen and Hartzell also discovered that local planning regulations insisted that any building in the Cass Corridor had to be two storeys high. This added to the cost of the project significantly. They brought in lead architect Dominic Walbridge who hit on the idea of shipping containers as a cheap yet visually appealing means of developing the site.

In 2015 the trio announced the restaurants that would be part of the project: Detroit Dog Co., Brujo Tacos & Tapas, COOP, Monty’s Beef Company and Bangkok96. Food is twice as nice when lubricated with alcohol and there will be two bars on the first floor along with the kitchens flanking them.

The plans as they stand 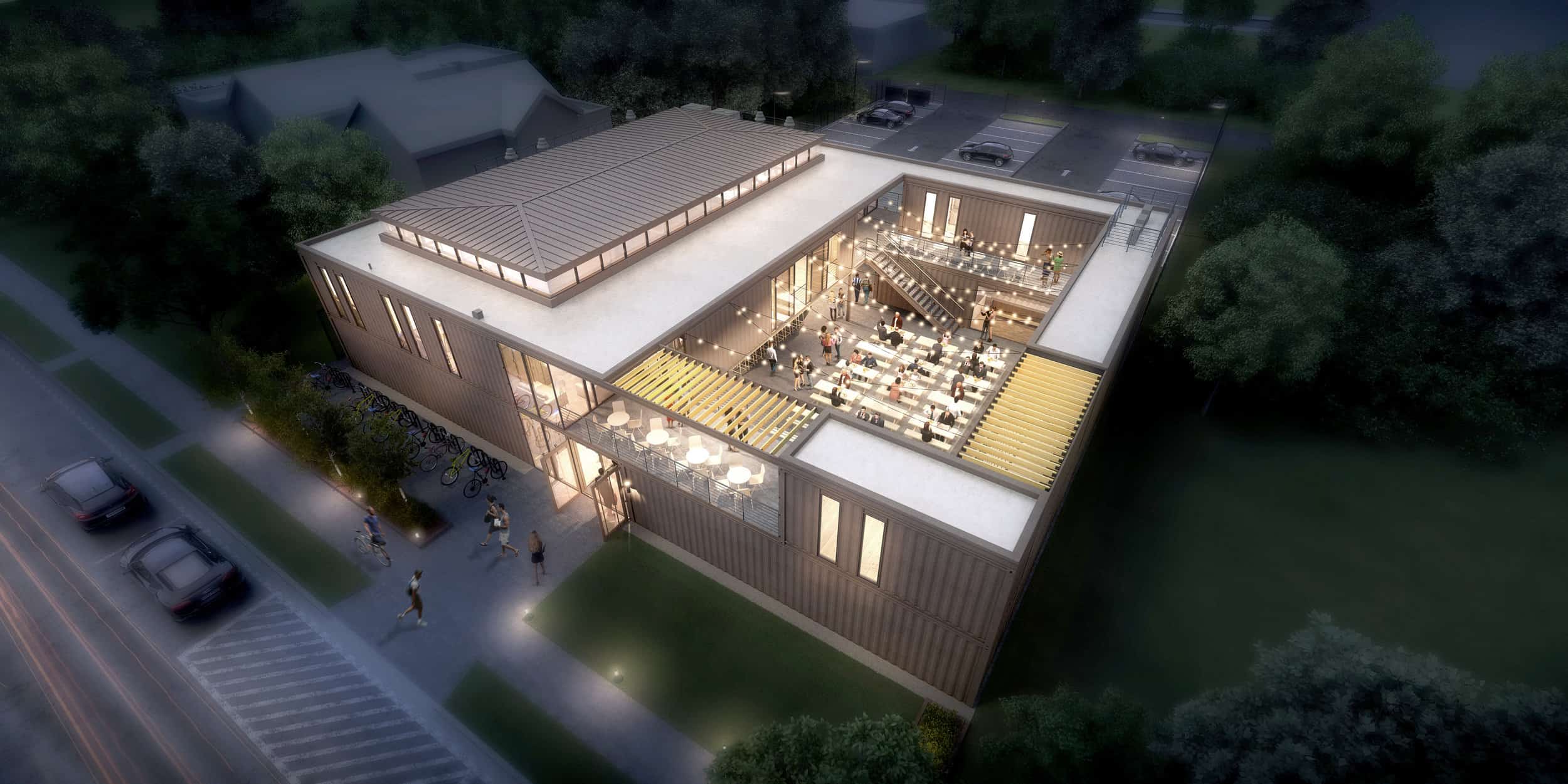 The concept is very simple – have five kitchens and two bars run by local restauranteurs around an open plan food hall. A dining party could in theory eat from all five different kitchens while enjoying one another’s company at the table.

The kitchens having their own specialism allows them to do their own thing very well, rather than diversifying into blandness and forgettable food. This means that diners should be attracted back to the Detroit Shipping Co site time and again as they work their way through the various menus.

The shipping container idea ticks a lot of boxes too. Shipping containers are built to withstand harsh environments such as the hot summers and freezing winters that Detroit experiences every year. This means that diners can hide away from the climate outside.

Shipping container architecture has become extremely popular in recent times with its quasi-industrial appearance, and this is a draw in itself to customers who wish to enjoy their evening’s entertainment in a fashionable location. 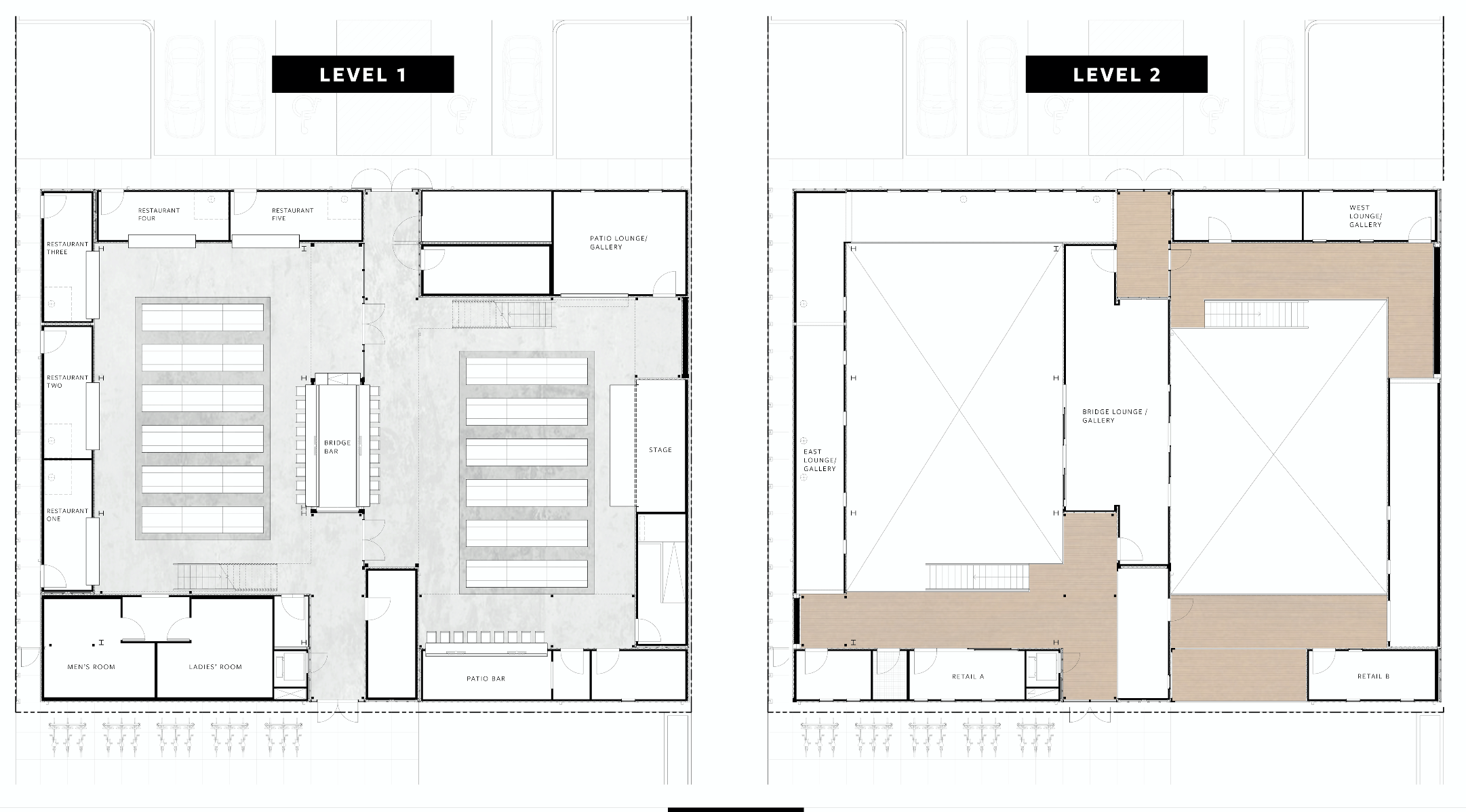 While the idea has been around for several years, Detroit Shipping Co have only announced that they are breaking ground to build the food hall and bar complex in the last month. This has been down to the growing complexity of the project that was forced upon them by investors and then by local planning, as well as getting the local businesses on board to bring it from concept to reality.

“We went from a simple beer garden/food truck layout to a two-story build with a courtyard, five kitchen stalls, five artists/retailers spaces, a central  stage, and roof decks … suddenly I’m looking at a project that, if it goes poorly, could cost me my house and my kids’ college fund. That’s no joke,” Therkalsen said to the Detroit Metro Times newspaper.

One advantage of shipping container construction is that once construction begins, the site can become operational very quickly. Detroit residents and visitors to the city should be able to enjoy the food and drink there in time for the Christmas entertainment peak season.

Check out the Gateway Gazette (and our Facebook page too) for interesting articles on shipping container architecture. For all your second hand shipping container projects, contact the team at Gateway Container Sales & Hire. We can modify containers onsite or put you in touch with our network of designers, builders and architects.

Get a free quote.