With the development of hydroponics and vertical indoor farming, it has become possible to use shipping containers to grow food. One 40ft shipping container can produce a similar amount of food to a five acre farm! New developments in the system mean that you could even produce fish, giving you protein to eat as well. The farm’s waste products can contribute to producing energy to power the system from just one unit. In the future it may be possible to have a completely self powered system that could feed your family, off grid and away from any power source.

Firstly let’s look at the systems involved, and two companies that have taken the idea of converting shipping containers into farms from theory into reality. The first is a European company called Urban Farm Units that is experimenting with using a system to produce fish and plants in one container unit. The fish waste feeds the plants and the plants feed the fish, in much the way as they would do in the wild. A US company called Leafy Green Farms has simplified the system and sells units that only produce vegetables for a very accessible price – you just feed the plants and they will feed you!

A Brussels company called Urban Farm Units has developed a 20ft shipping container urban farm based on the side of a canal that uses fish to create a ‘closed loop hydroponics system’. Hydroponics is a system where you feed nutrient rich water to leaf vegetables and this is all they need to grow. Special LED lights are used that give exactly the right light wavelengths to the plants to ensure maximum production. In using artificial lights you take away the need to use the sun and this means you can grow the produce inside a shipping container, almost anywhere in the world. In the Brussels scenario the fish live in tanks and produce manure that is processed into special salts. These salts are added to the water supply and feed the plants, which in turn produce organic matter that the fish eat.

As well as the vegetables you can eat the fish. In using the fish / plant system you are able to produce edible protein as well as nutritious vegetables from the same unit, and not need to buy in nutrients for the plants. If you can breed your own fish and plants you only need an electricity supply.

You can see how it looks in the video below:

One of the by-products of organic waste is methane. This is a flammable gas that can be used to generate power. If you use a shipping container biodigester that rots down the unused plant matter and unused parts of the fish that you have eaten, as well as human faecal matter from a sewage plant, in theory you can release the energy from the waste products from the farm to be used to generate power for a community.

This is an idea that has yet to be tested in full, but the Urban Farm Unit website explains how this may be done: “The [sewage] would provide both the mechanical and thermal energy for the system. In the case of installing several containers, one can imagine filling the farm with a bio-gas plant to collect and recycle organic waste in the neighborhood.” It should be noted that the methane would need to come from all the rotting food from the community that eats the products – not just the waste from the containers. 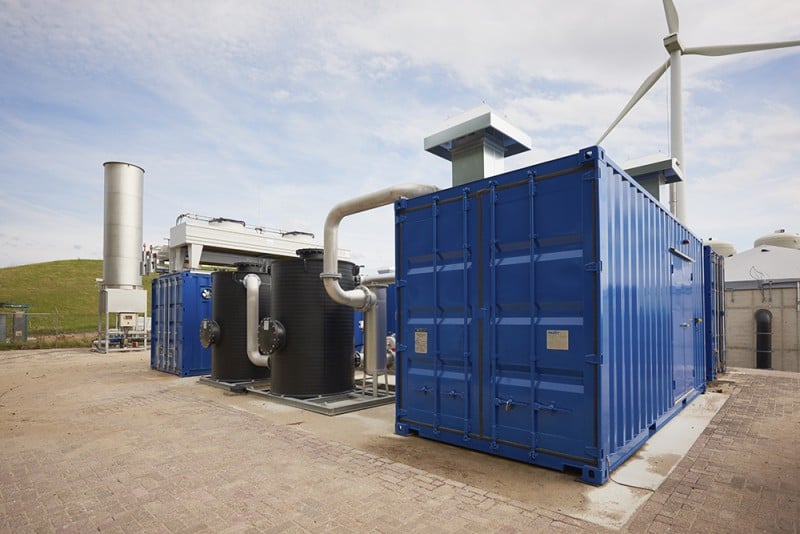 You can see how the Leafy Green Machine can supply produce to local restaurants in the video below:

One restaurant in Boston, Massachusetts has produced most of its vegetables in a Leafy Green Machine container in an underpass. You could have a container farm like this in an underpass in Sydney just as easily as you could in the arid centre of Australia.

The container farm grows brassicas such as cabbage and broccoli, salad leaves such as rocket and lettuce, as well as a number of herbs. The cheap price of US $80,000 makes these urban farms so accessible that to date they have sold over 50 units to buyers living in big cities and even in deserts! 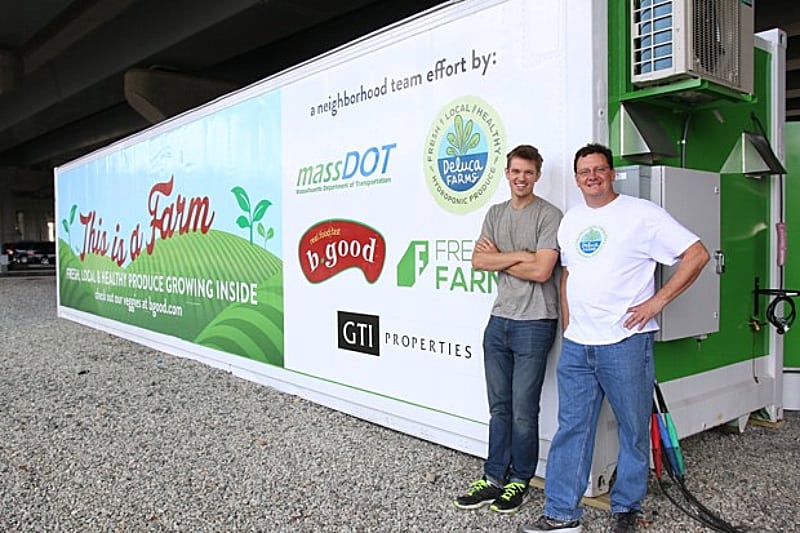 Convert your shipping container into an urban farm

Gateway Container Sales has many years’ experience in converting 20ft and 40ft shipping containers, so why not get in touch to discuss your idea of developing a shipping container farm or any other project you have in mind? Our team is in contact with a network of experts who can help you turn your idea into reality!

Get a free quote today.