How to Sail Around the World by Container Ship 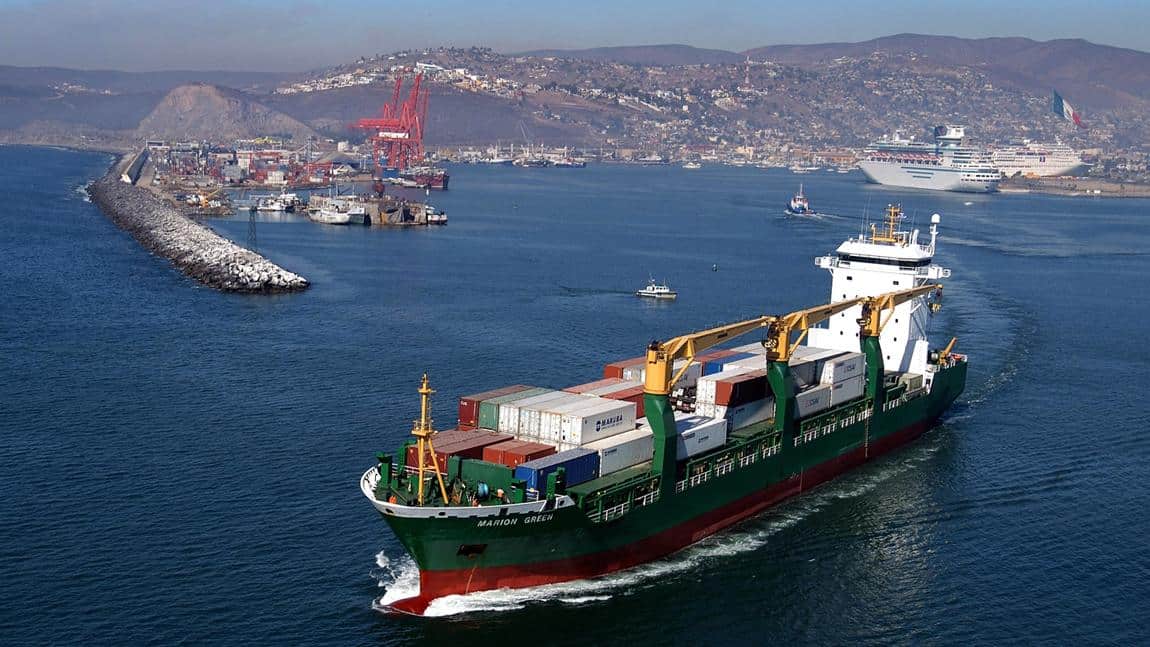 Thor Pedersen left his home in Denmark in 2014 with the plan to see every country in the world without flying, in fact he’s chosen a novel way of travelling – by container ship. He has a budget of $20 a day to include food and travel, and three years later has been to more than 121 countries around the world. Where in most cases you would have to pay considerably more than this writer and YouTuber, you too could follow at least part of his adventure by sea. Perhaps you could follow the route of the ‘Ten Pound Poms’ from the UK to Australia? It certainly won’t cost 10 British Pounds to do it now (more like several thousand) but it is a different way to see the world to flying.

Watching the video above about his experiences, you can see that Thor Pedersen’s adventure is quite something. Over the last three years he has visited every country in North and South America, the whole of Europe and 45 of the 54 countries in Africa. Spending 24 hours or more in each destination he has been aboard nine container ships for his epic adventure.

The crew lead a relatively simple life. They do their four hour watches, eat and have short spells of downtime, do four hours of overtime, and sleep in a constant rotation. For them the days are not so long as they could be for you. 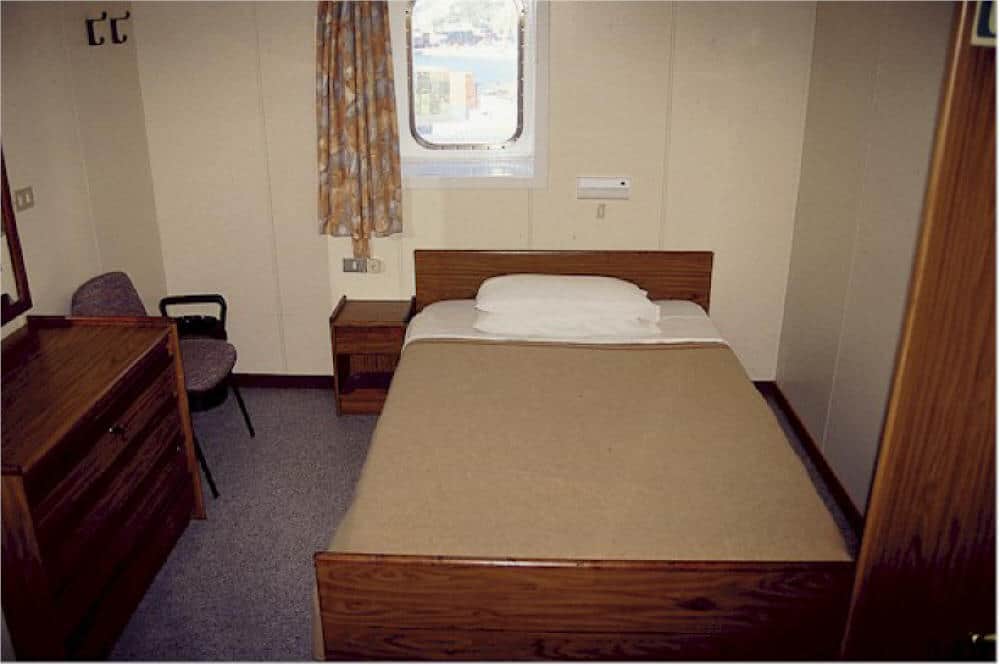 Life aboard a container ship for the passenger is nothing like what you would find on a Mediterranean or Caribbean cruise liner. There is virtually nothing to entertain you – no bars or restaurants, no casinos or dancing girls (though sometimes sailors will be sailors in port…) and in most cases no WiFi or even a cinema. As soon as you get to sea your world becomes one of quiet solitude marked only by mealtimes with the officers three times a day.

Speaking to the Daily Mail newspaper, Pedersen said of this experience, “I can sleep in my cabin and not bother about time…I look across the ocean. Sometimes if you’re lucky you can spot a whale or dolphins.” 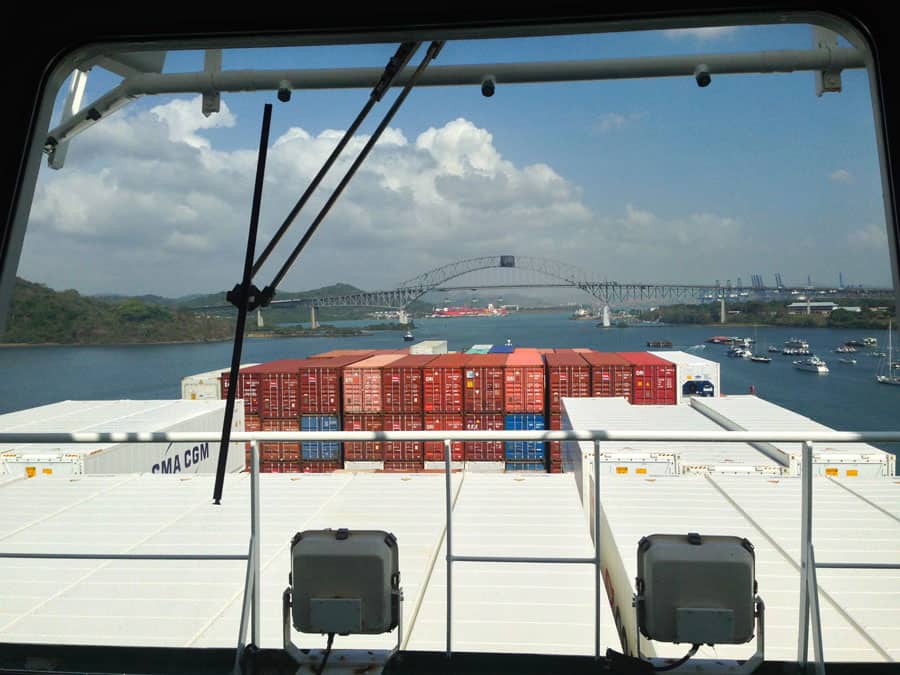 Filling time can include taking part in the security or safety drills that each ship must do on every passage, taking tours of the engine room and bridge, and talking to the officers and crew. Reading and thinking too.

In the hyperactive and hyperconnected world in which we live, this is a throwback to an age before the time when families sat around in the living room on their tablets and smartphones, ignoring each other and the TV. Some ships have WiFi and many crews have their laptops with movies on them. According to Pedersen this has impacted the community that crews used to feel of living together for months at a time as they travelled the world: “The seamen often complain that it used to be different. They used to spend time together – play darts, table tennis, play cards, talk – but now we all have smartphones and laptops. That has changed things a lot for the seamen. Some ships even have Wi-Fi – that’s the end of conversations.”

If you want a world where you are glued to Facebook and have to have some sort of electronic stimulation every five seconds of your waking hours, going to see the world the old fashioned way may be the thing you need, or should avoid if you think you’d go crazy without someone ‘liking’ your pictures of empty ocean for the 12th day of a 15 day trans-Pacific passage. As Facebook has sold our souls and changed the way we relate to one another forever, it is somewhat strange that in the 15 or so years it has been operating, social media has made deep human conversation and communication a novelty experience rather than the norm that it used to be just a short time ago.

Once he gets to a country Pedersen is able to leave the ship (subject to his visas and customs clearances) and to get some time exploring ashore. He will have a similar time to what it takes for the ship to off load and upload containers, before it heads off to its next destination. One note for passengers thinking to have ‘just one more beer’ before racing to the ship as it leaves the dock: these container ships make far more money from the freight they carry than from a passenger paying a few thousand dollars to be aboard so will never wait for you if you’re late!

For an idea of what it is like to sail as a paying passenger, watch the video above made by blogger and YouTuber Niall Doherty. This shows what his trip was like from Yokohama in Japan to Lima in Peru. Quiet and relaxing but fascinating for those who seek an ‘older’, more pedestrian way of life.

Where Pedersen is able to get aboard for free in many cases as he is offering free publicity to the ship operators for their passages, in most cases you will have to pay. For a round trip between Adelaide and London it takes around 91 days on a typical trip and you will have to find around US$120 a day for the accommodation aboard. Yes, for a round the world trip you will have to find in excess of $11,000 – a sight more expensive than travelling Club Class on a jet plane for a similar route! In return you will get a journey quite unlike any other way to see the world.

Another thing to consider is that while it is an unusual way to see the world, some routes get booked up very quickly so you should plan to take your trip well ahead of time. While in some cases you will be a novelty for the crew, in other cases they will be used to carrying passengers because they have been on this route for some time. 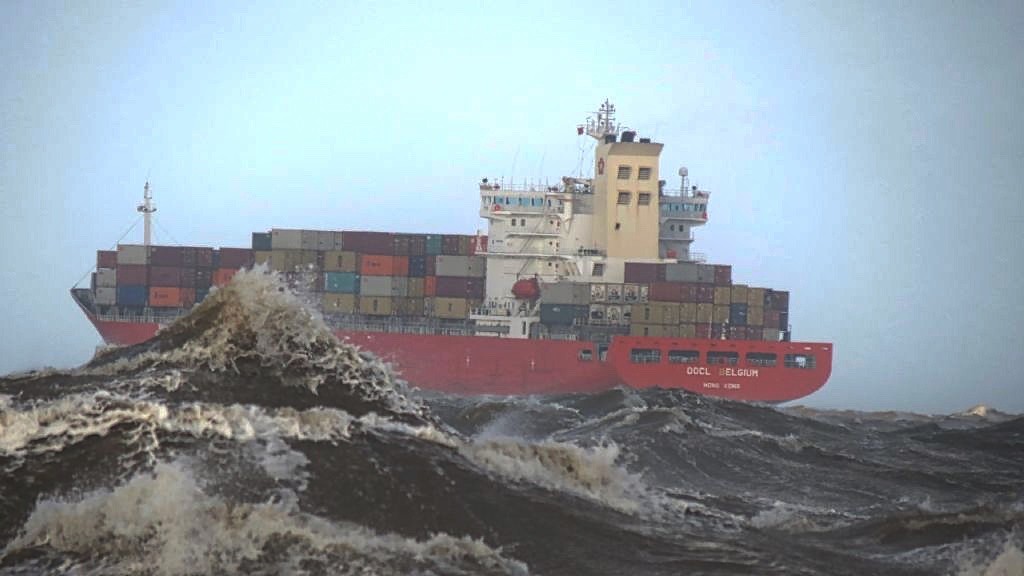 You will inevitably see the odd storm aboard if you travel by container ship. Ships only rarely scurry into port to hide from storms, and out in the ocean will navigate around the worst of them as typhoons can sink even the biggest ships. Good seamanship on the part of the captain and officers aboard will ensure that while you will see some pretty big blows you should be safe most of the time. It is something to remember if you are prone to seasickness. The way Pedersen has learned to deal with an upcoming storm is through the demeanour of the crew – as long as they are happy he is. There is no worse feeling than when you see the captain wearing a lifejacket and looking nervous!

Be prepared for rather ripe conversations with the crew. Thirty men stuck in a steel box for months at a time will often have the need to misbehave when they have time. Their stories of adventure and conquest are often extremely funny but if you are of a fragile disposition it might be wise to make it clear that womanising and drinking expeditions aren’t your immediate field of interest. And yes, even the officers will share such stories of their own!

Before we look at the bureaucracy involved in the next section, we need to point out that the shipping industry is in constant flux. In January 2016 a cruise liner site reported that there would be no more passenger carrying container ships on the Adelaide to London run yet only four months later, four ships were on that route again, allowing for 10 people at a time to head from OZ to the UK and back (or one of several passages between). While the industry is stable for now, a major shipping line went bust in 2016 and there have been occasional rumours of others going under since – this could be a nightmare for those stuck aboard. Finally, a ship can be a few days late to its destination. You should prepare to hang about for a few days before it arrives – this is not at all like an airline! 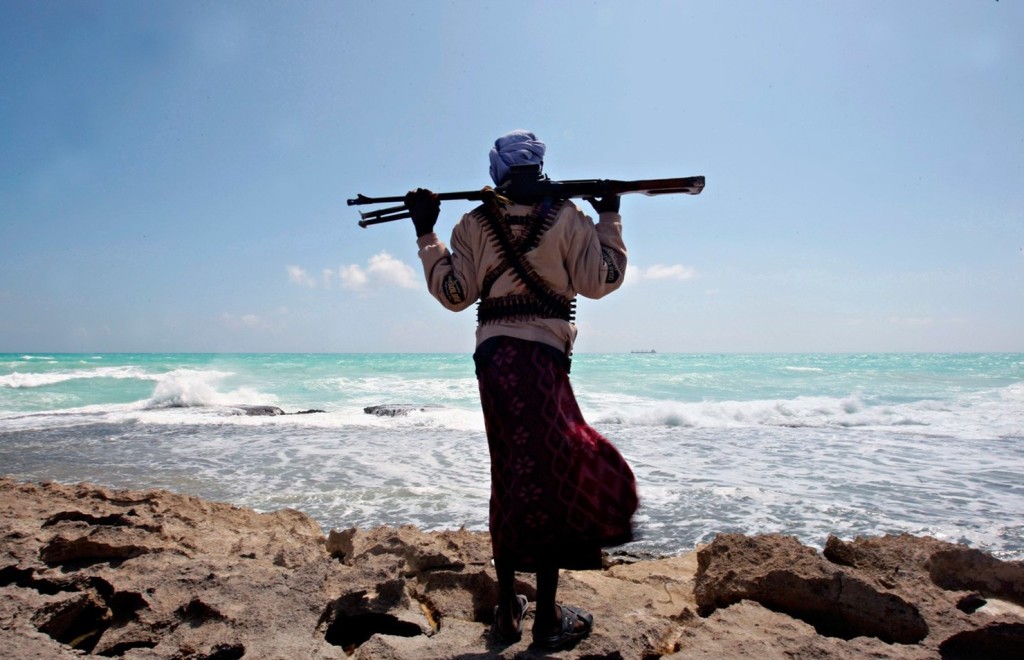 One of the things people ask about sailing on a container ship is about security. Will the ship face pirates off Somalia? It has become far more profitable for pirates to attack ships off the north west coast of Africa than Somalia. Somalia became world famous for piracy and many of the world’s navies went into the area to intervene and it became a loss-making enterprise for the pirates, so while some do make attempts it is very rare these days. Ships often take aboard ‘security experts’ who are usually ex-Special Forces from one of several countries and are adept at deterring pirates! There have always been piracy hotspots around the world, and the South China Sea has always been one of them. Shipping companies have become adept at getting by without being boarded by a bunch of armed thugs.

One issue that the passenger of an aircraft won’t run into so much is the medical requirements for going aboard. Many container ships won’t take people aboard who are older than 79 or younger than 3 ½, and they have to pass a medical fitness test that shows that there is a low risk of needing an emergency medical intervention while aboard their vessels. This could after all, delay them in getting into their next port…

Linked to this is vaccinations. Mosquitos and other bugs don’t care about where the container ship is going and where it has been from, just as long as they can find a nice meal in your blood, passing whatever parasite they have to you. You will need to have vaccinations against all the viruses that the shipping company requires or you will not be allowed to travel.

Different countries have different visa requirements for people visiting them. If you do plan on getting off the ship at every port to give your legs a stretch it is a good idea to make sure you check visa requirements before you go. Booking through a travel agency you will not be allowed to board the ship unless you send certified copies of your visas, passport and medical certificate as well as any flight tickets home, well in advance of the trip.

Would you travel the world by container ship?

This could be a life changing journey for someone fed up with living life in the fast lane. You will turn back the clocks to the 1990’s in the days before Facebook, Twitter, Instagram and even decent email. You will travel at speeds that are a throwback to the early 20th Century when Ten Pound Poms headed for a new life in Oz. In this hyperconnected, hyper-fast life we lead, perhaps you would learn to appreciate life in a different way?