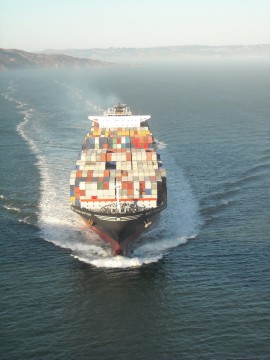 Shipping looks set to see one of the biggest changes to the industry in more than 50 years with new container vessels coming into use. Shipping containers, those big metal boxes that are now so familiar, were introduced around five decades ago and made importing and exporting much quicker and more affordable. The biggest change to shipping since the introduction of shipping containers is on the horizon. Shipping companies are beginning to order new container ships more than 400 metres long and 73 metres high.

Benefits of the New Container Ships

These giant new containers are only a little bigger than the currently used large container ships, but there are a few key benefits to them.

Each of the container ships will be able to transport 20 per cent more containers on each voyage, which will reduce the total number of journeys that are required overall. Shipping is estimated to be responsible for between 3 and 4 per cent of global emissions. The emissions come from the ships that have traditionally burned cheap and heavy polluting fuel. The new containers have been designed to be much more fuel efficient and with the capacity to recover waste heat. The fuel efficiency changes to the ships’ engineering will cut ship emissions by around 50 per cent.

At first the new container ships will be operating on the China to Europe legs as other ports do not yet have the capacity to process them. It is projected however, that over the next few years more and more ports will develop the capability to process the ships.

Environmental groups are welcoming the changes to the shipping industry, although many have signalled that there remains a way to go. Shipping is responsible for more carbon emissions than many industrialised nations. The groups have also highlighted the need for stricter governmental control of the pollution caused to international waters through shipping.