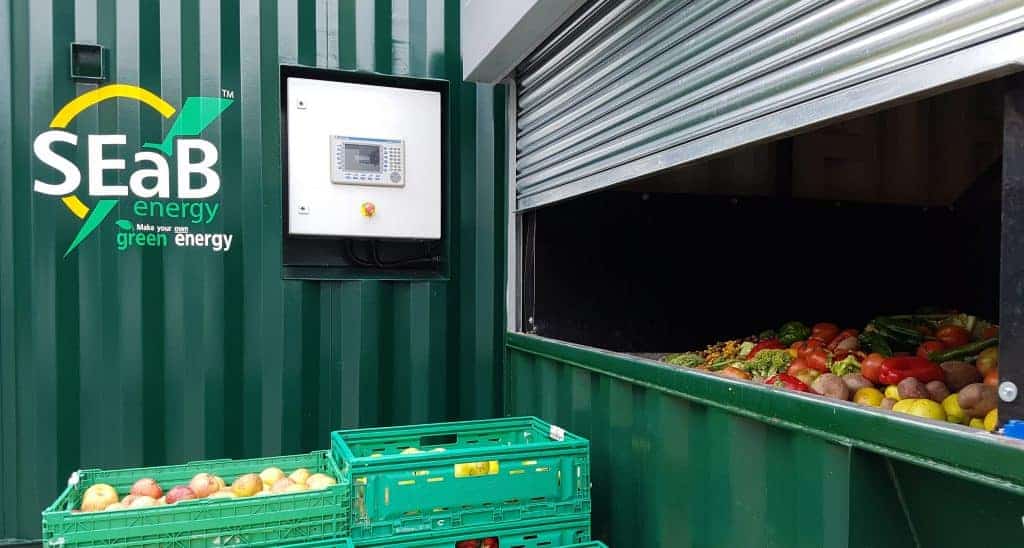 Most people would agree that there is a lot of manure written on the internet, and for a change at Gateway Container Sales we will write some – right here in this blog. No, we aren’t going to jabber on about the Rothschild building a shipping container Martian moon base to escape to after they have destroyed humanity – we are going to talk about turning manure into energy!

From Poop to Energy

For all the wonders of humans and animals, as machines we aren’t that efficient. Whereas the newest gas boilers in your home can turn close to 90% of the gas they use into heat, humans only convert around 25% of the food we use into energy. By comparison to a boiler that heats water we’re terrible but we are still better than many petrol cars that only manage 20%.

What this means is that 75% of the food we eat still has energy. Though we would not recommend it, if you ate your own poop it wouldn’t be very pleasant but you could survive for a while! There are better and more palatable ways of extracting the energy – through so-called biodigester systems. These take poop and food waste, and let the microbes eat it. We can assure you that while your stomach churns over the thought of eating poop, these microbes couldn’t enjoy it more!

One of the by-products of eating is that we fart. The methane gas from farts is a very good fuel. The same applies to microbes who fart an awful lot after eating poop and food waste, and this gas is used to power internal combustion engines that in turn generate electricity. One of the shipping container biodigester systems we will look at later can turn 0.5 tonnes of food waste into 8 kilowatts of energy per hour – or roughly the same amount of energy that three people would use at home every hour in an Australian home.

When biodigesters were first developed they were often used on a large scale with huge gas tanks and large generators to power small towns and industrial units. Prince Charles the Prince of Wales uses a biodigester to provide all the gas and electricity for his Poundbury housing development in Dorchester in England. This uses animal waste and agricultural waste to produce methane, and where some of the gas is used to power the homes in the 10,000 home development, the rest is used in the mains gas supply in much the same way as natural gas is used in your home.

However, the biodigester concept doesn’t need to be on such a large scale. One company has developed two commercial shipping container biodigesters that can be used to power small developments, while a second has a concept to provide emergency relief in disaster zones.

According to the Seabenergy website, in the case of the bakery, “a half a metric tonne of food waste consisting of sandwiches and breads is ‘fed’ to the Flexibuster™ five days a week. This waste consists of old bread and old sandwiches with tomatoes, lettuce, mayonnaise, mustard as additional items, some cakes and sweet bakery items.” From this, they saved AU $17,000 a year in terms of money they would normally pay to their electricity supplier. Additionally, because the bacteria in the biodigester ate so much waste, the bakery cut the amount of waste it sent to landfill by over 60%.

Other uses of shipping container biodigesters

Shipping containers are incredibly tough and can be used in disaster zones. One group of people have come up with the concept of sending shipping container biodigesters to disaster zones. Because they are built so strongly they can survive the aftershocks of an earthquake and severe weather that might follow – perhaps a second typhoon that follows in the typhoon season. This group developed a system where the people in the disaster site used toilets and the toilet waste was fed into the biodigester. This in turn could supply electricity for essential services such as field hospitals and other aid services. 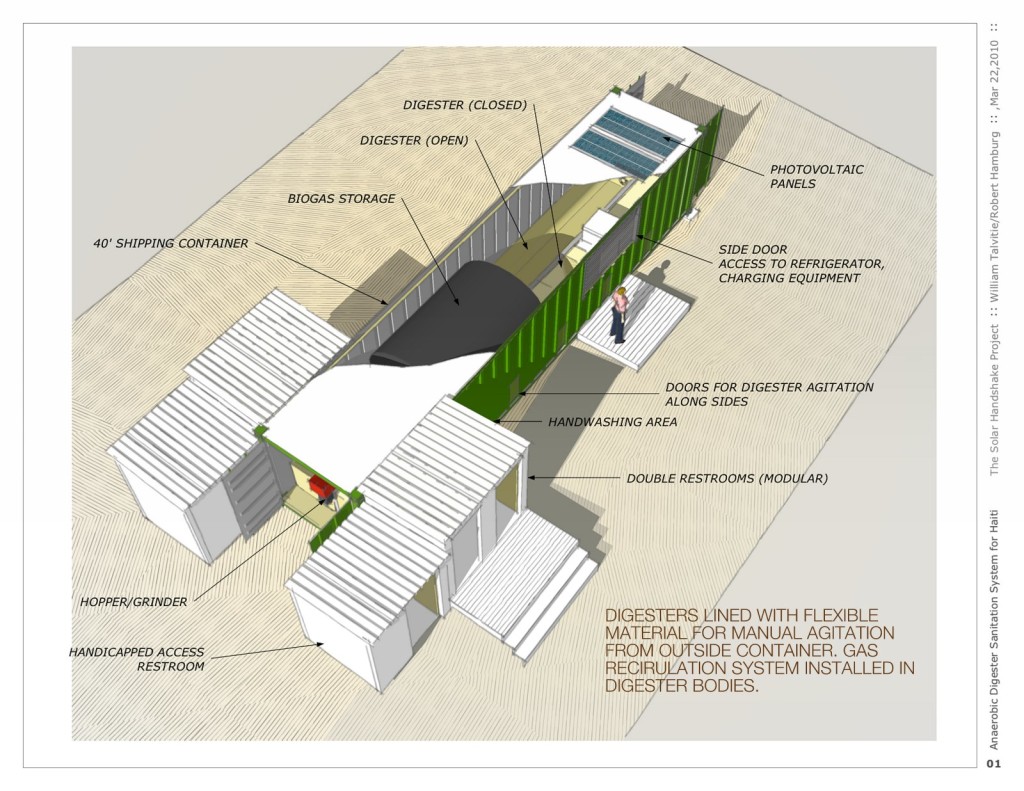 Has this post inspired you to think outside the box when it comes to generating sustainable energy or perhaps building an off grid shipping container home? Gateway Container Sales supplies high quality new and used shipping containers direct from shipping lines. We can also modify shipping containers to your specifications and, if the project is outside our scope, put you in touch with architects, builders and designers. Give us a call today to discuss your needs or get a free quote!