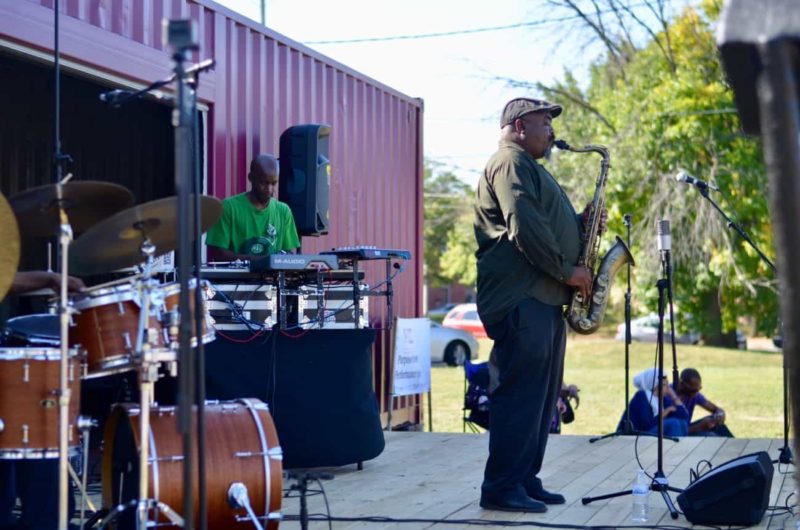 The city of Columbus in Ohio (the US Midwest) has seen two shipping container projects pop up into its recreational and entertainment scene. The first is the steakhouse food chain Charleys that has opened a three-container restaurant in the Whitehall district of the city. The next is a little more underground – the arts and music nonprofit MPACC has opened a venue based on shipping containers to entertain the public on a park in the Lincoln district.

Let’s start with the restaurant – Charleys.

With more than 600 restaurants worldwide, Charleys isn’t as ubiquitous as McDonalds or Starbucks but is still a multibillion dollar revenue restaurant chain.

Late in 2019 it opened a new, three-container small scale restaurant and kitchen in the buzzing Whitehall district of Columbus. The company is following a trend that many a food/coffee chain has dabbled in – setting up and fitting out restaurants in shipping containers off-site and dropping them into a semi-permanent or permanent location.

From the chain’s perspective, this idea can far reduce capital costs in construction of its restaurants that will, as with many brands, deliver an almost identical dining experience wherever you visit one.

The costs of fitting out in a factory setting can be very low in comparison to on-site construction, with the containers themselves an almost incidental cost in construction and fit-out. The converted units are then dropped into place and fitted together again at minimal cost. 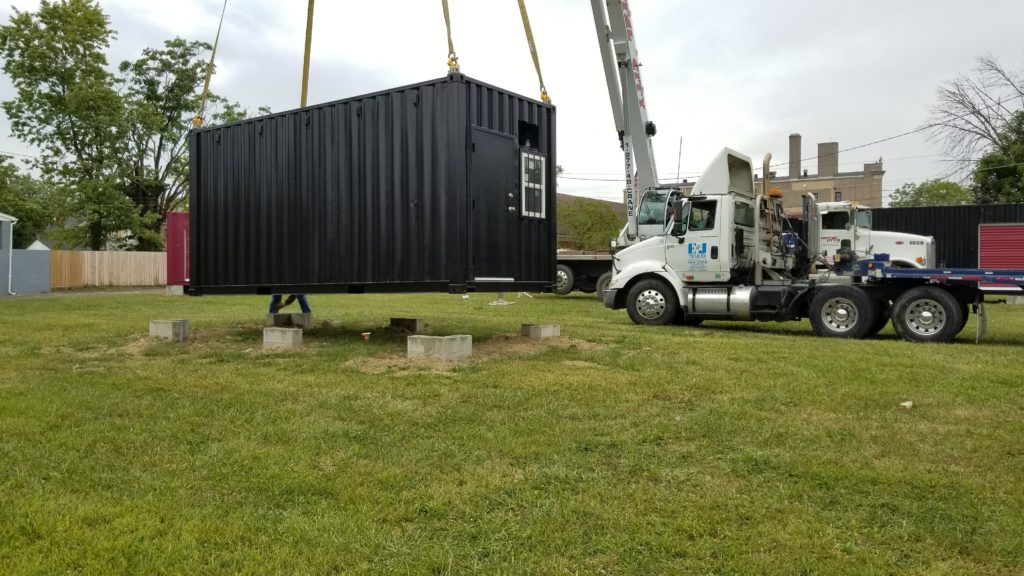 In 2018 the Maroon Arts Group in conjunction with the City of Columbus and a local restaurant set up the Movement Pursuing Arts, Commerce & Community entertainment space in the Lincoln district of the city.

According to Columbus Underground, “The space is the result of a special collaboration between the City of Columbus and Maroon Arts Group, who were the 2016 winners of the City of Columbus’ Parcels to Places grant competition to “create affordable and sustainable spaces for culture and arts in the inner city.”

According to the MPACC website, “We encourage projects that center around social justice, intergenerational and cross-cultural collaboration, daring arts and cultural work, and youth-run or youth-oriented events.”

The two containers form a sound and music stage where community arts groups and local music bands can use the site for a low cost. The community benefits by having an accessible community arts venue and place to hang out while enjoying their culture-appropriate music and entertainment.

The advantage of the containers here are that they were cheaply set up and converted into the venue and were dropped on site at minimal expense. They are secure too. The result has been an entertainment venue that the residents of King-Lincoln/Bronzeville District can enjoy.

What do these projects have in common?

These two projects show that organisations big and small can take advantage of shipping containers for their almost endless conversion possibilities and very low conversion costs. If you have a project of a similar kind here in Australia, give us at Gateway Container Sales a shout and we will happily discuss supplying the containers you need from our base in Brisbane.