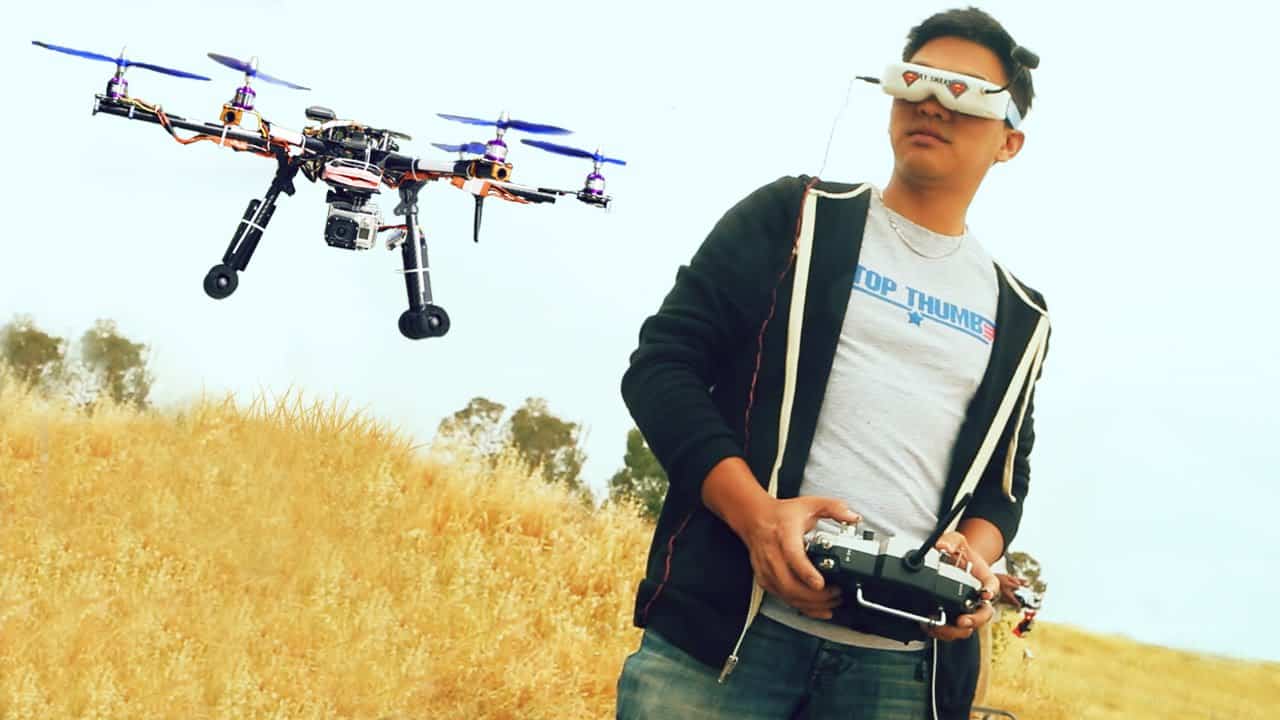 Earlier this year a London architectural company called Studioshaw won a design competition to construct a multi-use facility for young people that will be built of shipping containers. The site will be in Dundee, Scotland and is designed to support the town’s growing computer game production industry which is seeing a major boom as creatives move there to cooperate and develop their businesses.

While sites such as this are springing up in countries around the world seemingly every five minutes, what makes this unique is that a drone racing arena is being built as part of the project.

What is drone racing?

Racing drones are extremely fast, small drones with cameras that are flown around 3-D courses (up and down, left and right as well as forward) at high speed. The flyers often wear VR goggles that show exactly what is in front of the drone, and fly the aircraft using remote controls as your neighbourhood peeping tom would.

Where the guy spying on people’s back gardens will have a load of equipment on board such as GPS and a number of different cameras, the First Person Vision (FPV) drones are built around all out speed, and are stripped down to the bare essentials. The spy in the sky machine may have a top speed of 35mph (56kph), the FPV drone may be able to do as much as 55mph (90kph).

Flying so quick, these machines crash an awful lot. One expert estimates that even a good flyer will wipe out one in every three racing flights, saying “otherwise you aren’t flying fast enough!” The drones need to be small and durable as many of the racing series will involve several flights – you need something that you can dust off in a few minutes and make repairs that will still keep the machine competitive even after hitting a wall at top speed. In order to do this the drones are built to be small and compact. Where professional video drone and courier drones can be a metre square or larger FPV drones can be a quarter (or smaller) of that size. 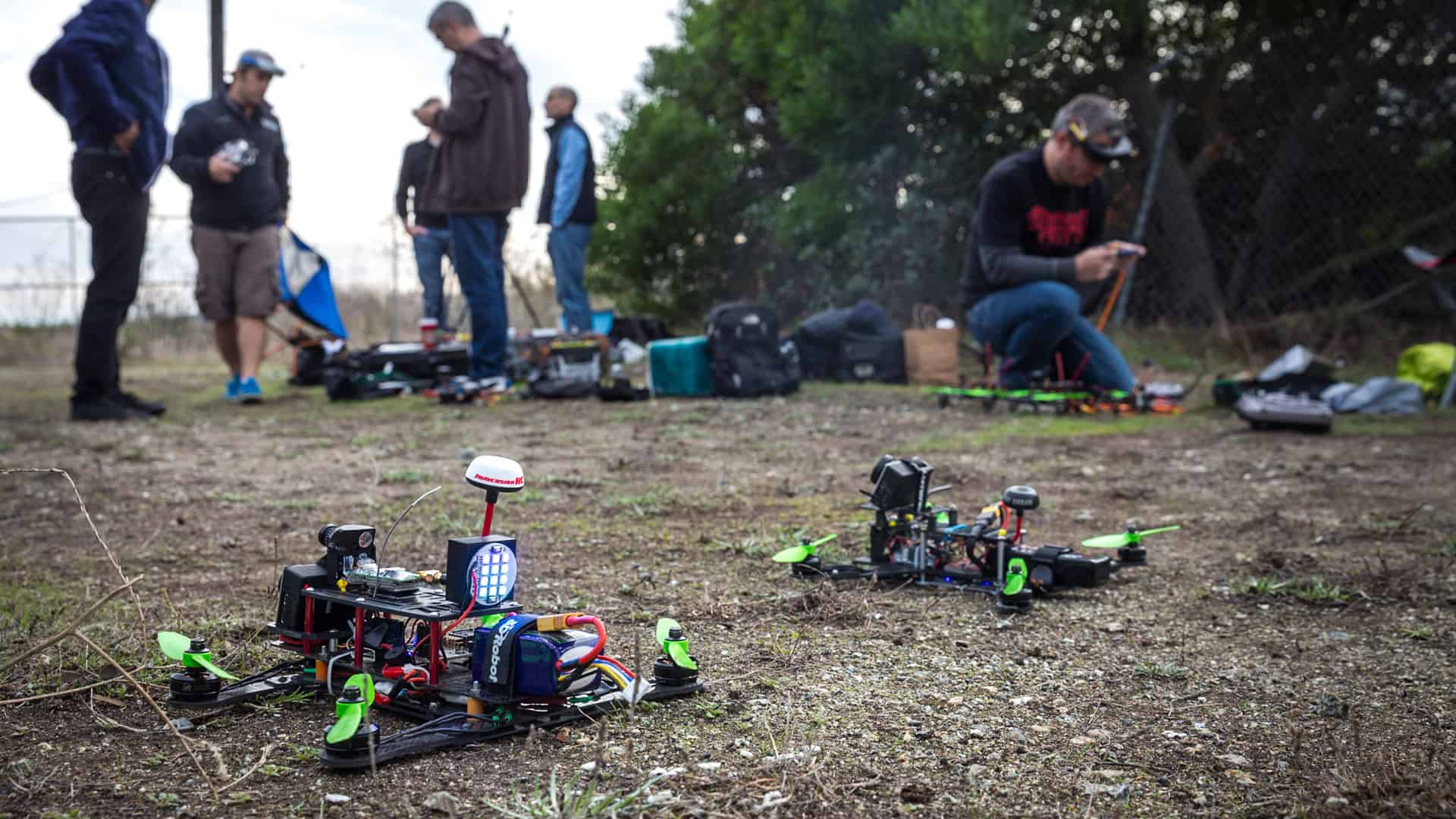 The upshot of their crashing so often is that you need a protected area so pedestrians walking to the supermarket won’t be hit in the head at 90kph with something the size of a large crow. This is why Studioshaw have built the drone racing arena in Dundee.

While the plans for the arena space aren’t clear in the announcements of the competition win, the space will have to be reasonably large and protected from meandering mothers with prams. Within this space there will be suspended gates that the drones must fly past at different heights and a number of obstacles that they need to manoeuvre past without touching and wiping out. Shipping containers in this case are absolutely ideal as they are built to take considerable forces without being damaged. Even a direct hit from rocketing drone may only chip the paint, and as such the arena should last the design life of the site without much repair being made. 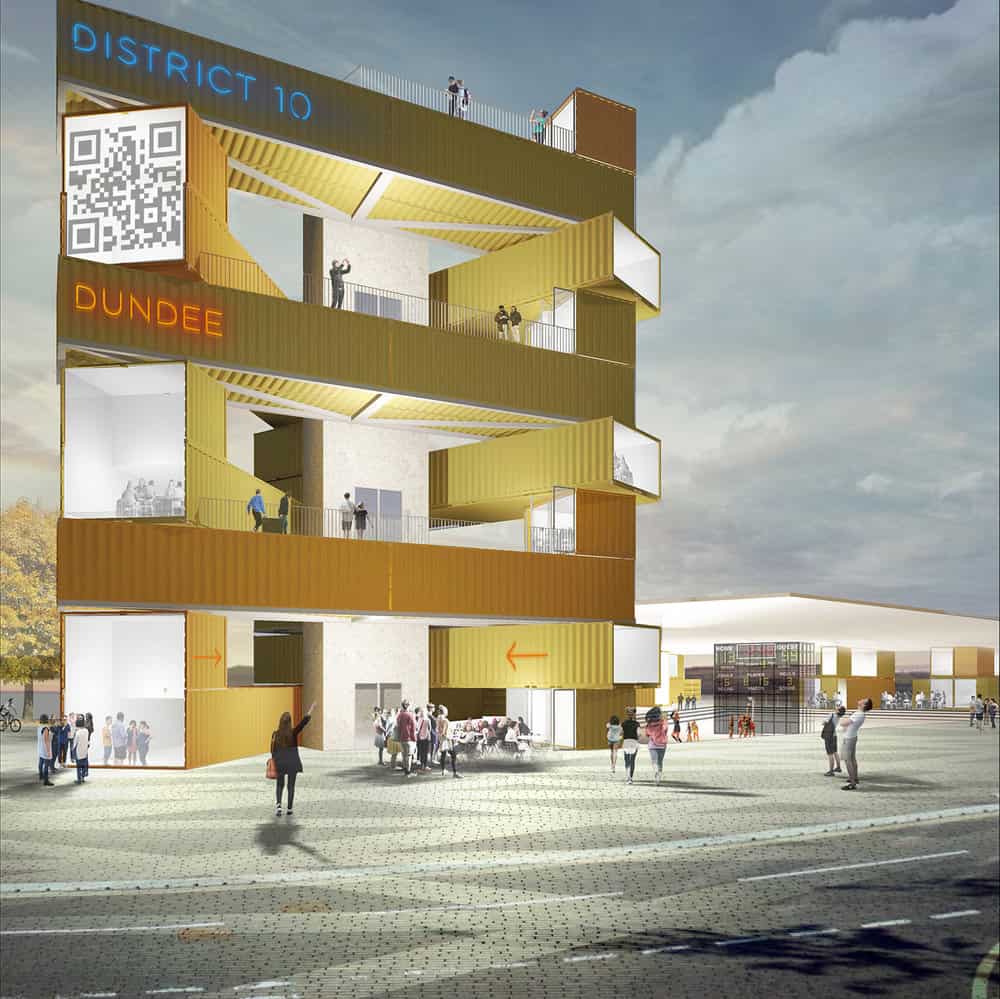 The site as a whole is built around incubator offices for startup technology businesses so they can cooperate and compete through people working for several businesses through their careers. Studioshaw said of this aspect, “Within the technology industries, prototyping is incredibly important; to test, get feedback, iterate and collaborate. There is a constant need for people to participate and give feed back to these innovations in order to make these products viable to take to the market.”

The site will also house a theatre company and other units that support the community. It is on a former railway yard site close to Dundee’s post industrial waterfront that is having a massive redevelopment of around AUD $1.73 billion to change its use and help give the town a lift from its heavy industrial past. Again, shipping containers will celebrate the past while looking to the future…

Inspired to create your own shipping container project?

Gateway Container Sales & Hire has hundreds of shipping containers in stock for sale or hire! Contact us now to discuss your options when it comes to building with recycled shipping containers –  we’ve got access to a wide variety of specialists in the local community from architects, to builders who are experienced in construction with shipping containers. Get a free quote!