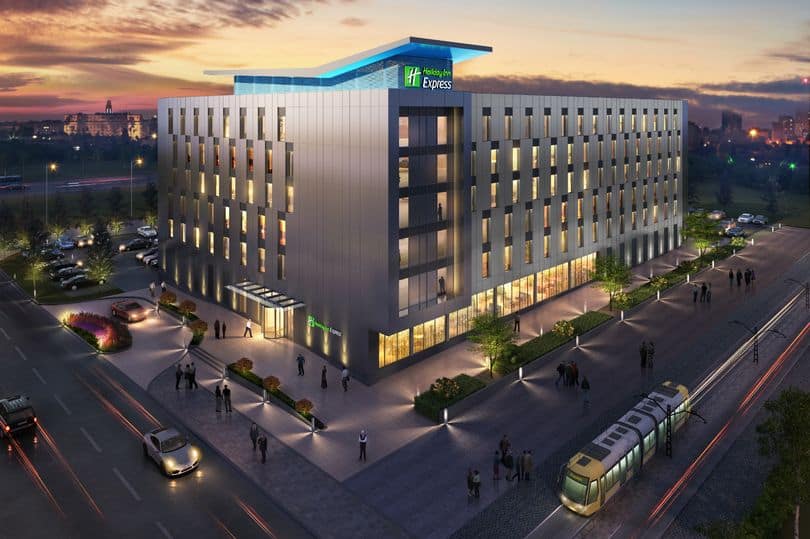 Shipping container architecture has a number of great benefits that can result in a high quality building fitted out to top standards and built in very little time indeed. The Holiday Inn chain recognised this and built a 220 room Holiday Inn Express beside an exhibition and entertainment venue in Manchester, England, that was due to open this month, in June 2017.

Let’s look at the important qualities of shipping containers and reflect on them through the new modular hotel.

Inside out not outside in

Traditional buildings are built from the outside in, with the foundations laid and the external walls constructed before putting a roof on, glazing and then fitting out.

Shipping container buildings can be built the other way around. In a factory, the shipping container modules are fitted out inside, including the ducting and piping for things like toilets and electrical fittings. The containers are built weather tight, so windows and doors are fitted in the factory.

Where a budget hotel is concerned, with sometimes hundreds of identical rooms, this means that the hotel can be fitted out on a production line. This in turn speeds up the process and assures consistent quality. 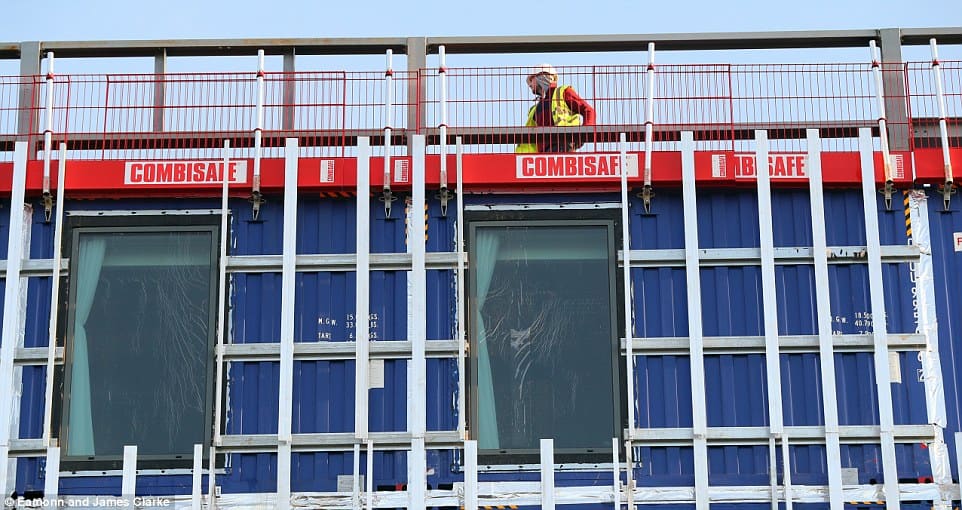 Particularly in ‘temperate’ climates such as the UK, where even in summer you can expect gales and rain, the fact that the shipping container building can be fitted out in a factory means that weather really shouldn’t delay construction as it would a traditional building site.

The UK is a classic example of where the climate can delay a traditional construction. In autumn you can expect huge amounts of rainfall, while in winter you can expect severe gales, rain and snow, and as it warms up in spring you can expect frosts, gales and rain. If 40cm of rain falls in 24 hours not even the hardiest builder is going to be able to do much with regard laying blockwork or other outdoor work in deep, semi-liquid mud.

When the containers are ready to be dropped on site, with relatively little ground preparation they can be dropped into place in a suitable weather window. The Holiday Inn Express went up in four weeks. 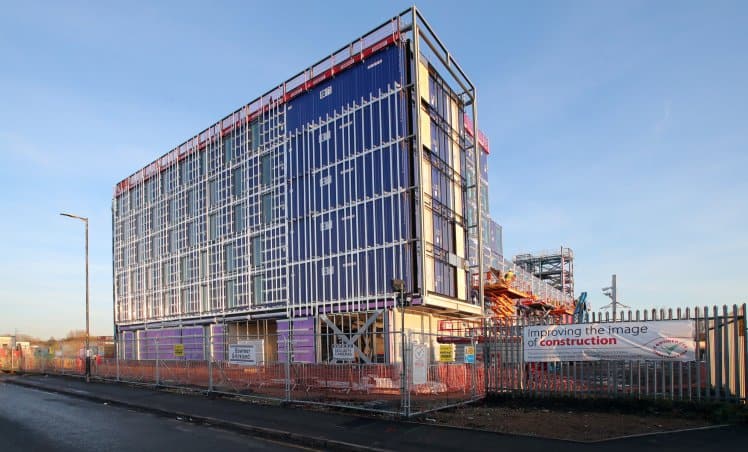 As indicated in the two sections above, the upshot of these qualities is that shipping container constructions can be put together at a huge pace. While it isn’t known how long the container units took to be fitted out but from site preparation, to all the containers being in place took four weeks. It needed finishing with the walls rendering and the grounds outside landscaping to the Holiday Inn corporate image, but even so by comparison to traditional construction this was blisteringly quick. Traditional construction for a building of this size could take more than a year, even without delays brought on by the weather or a group of trades not going quickly enough and delaying the next phase of fitting out. 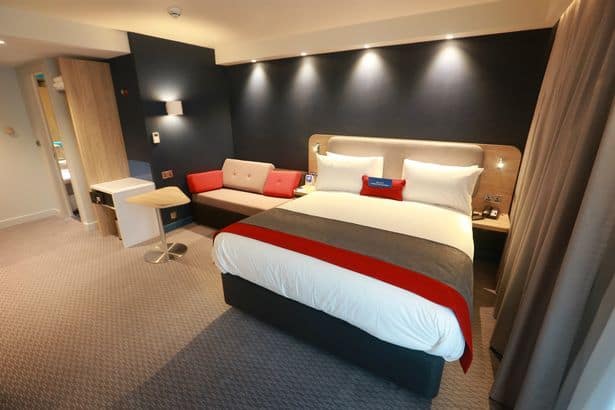 Return on Investment (ROI) is ultimately why a hotelier seeks to run a hotel. The speed of construction means that a hotel can go from being a patch of muddy ground to taking bookings in very quick time. With manpower building the construction so quickly, this takes a chunk out of the budget for construction as well. The hotel chain won’t be reducing its prices to reflect this!

The Trafford City Holiday Inn Express was already fully booked for the first week it had opened long before it had sprung out of the mud. While much of this is due to the fact that it is being run to accommodate business and leisure attendees at a popular events venue, it is also due to the speed of construction.

Altogether you have a hotel that has been put together for a low cost relative to the traditional methods, yet is built to the same high standards as its fellows in the chain. Shipping containers really are the way ahead for large building construction where high quality is important yet speed to earning is also a major factor. Get in touch to discuss your idea of developing a shipping container farm or any other project you have in mind. Our team is in contact with a network of experts who can help you turn your idea into reality!

Get a free quote today.