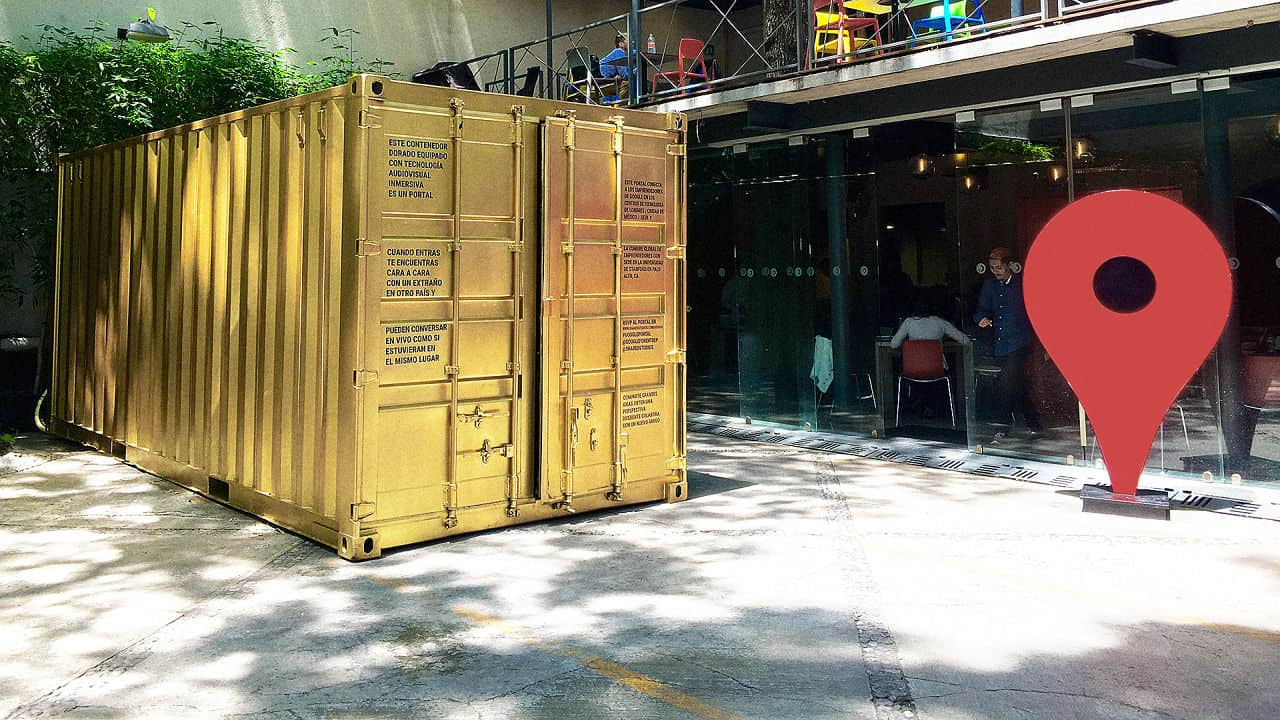 In this high speed, hyperconnected world in which we move there are, ironically, ever fewer opportunities to make random connections and to have abstract conversations with strangers. Where once a bus or a train journey was an opportunity to meet complete strangers and talk about our worlds, almost everyone dives into their smartphone or tablet and gets onto their social network of choice. A global charity called Shared Studios has attempted to reinvent our random meetings on a bus by placing shipping containers around the world that are directly connected with their pairs in other cities. From Washington DC you can have a completely random 20 minute conversation with someone in Herat, Afghanistan, or from London to Tehran in Iran.

The concept could work in a tent or in a municipal office but the project founders felt that converting shipping containers gave a secure, neutral space from where people could communicate. They are painted gold, and sit in prominent locations in towns and cities around the world.

Once booking a time slot you go in and either stand up or sit down. You are presented with your stranger who also has a full length screen and camera, and for twenty minutes you and they can just shoot the breeze. At the beginning the respondents are given a prompt for their conversation such as, “What would make today a good day for you?” Whether or not they choose to begin their conversation in this way, enables people to have a conversation with depth and meaning, and ultimately to understand the world from a different perspective.

Not everyone speaks the same language so there will be someone in the rooms with you to translate whatever you say to each other. This means that you can communicate freely with your new friend, thousands of miles away.

All of the shipping containers have a very good internet connection, something that not all the Portal locations are blessed with. In Herat there are days when a continuous water supply is a blessing, never mind electricity or a reliable internet connection. It does mean that respondents can talk freely as if they were in the same room.

One of the things robbed of us by Facebook and Twitter is that we can communicate with people right beside us as we move around our worlds. Longer bus and train journeys used to be fantastic opportunities for people to connect in a personal way. Where they may not have exchanged contact details at the end of their sojourn together, they will have got an insight into one another’s world that they may never get again. Without getting on a US Greyhound bus, what opportunity is there to meet a whiskey soaked hobo talking about his travels around the USA? In the age of Facebook you may just hide in your Smartphone and prejudices and merely communicate disinterest.

One of the founders of Shared Studios Michelle Moghtader used to be an international journalist and found that even in her world there was just not the room to understand anything beyond her immediate briefs: “As a journalist, I was writing on Iran every single day. And everyone in the news sphere was focused on just a few issues regarding Iran, but there were a myriad of other stories to tell. I just didn’t have the bandwidth to do it.” 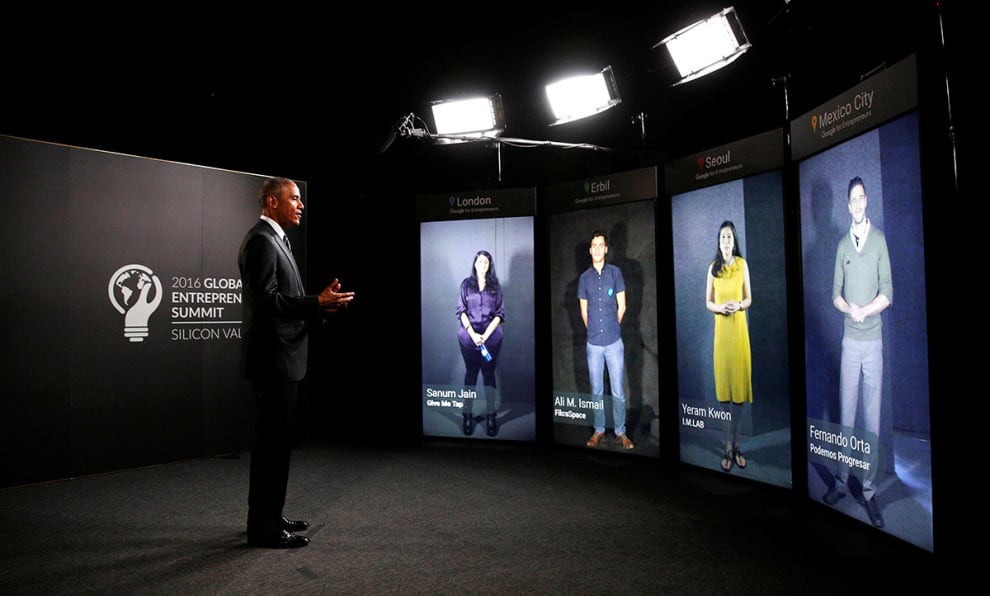 If one reads the same newspaper or newsfeeds every day one can get a very biased view of the world. Iranians are presented as West hating religious fanatics who all wish to bring about a global Islamic Caliphate run out of Tehran by their mad mullah leaders. Would the fact that Iranian men are wearing hijabs in protest against their leaders’ attitudes to women surprise you? Largely people are the same, but our media would have you believe very differently. One of the core focuses of the Shared Spaces project is to show people that they aren’t that much different to one another, no matter where they live. We all have similar dreams, aspirations and interests.

If you want to join the conversation about shipping container architecture, perhaps with an idea of using one to communicate with your colleagues in an office in a different country, then give us a call! Our team of experts at Gateway Container Sales have helped people with a range of projects and have the networks and expertise to help you get your project off the ground.