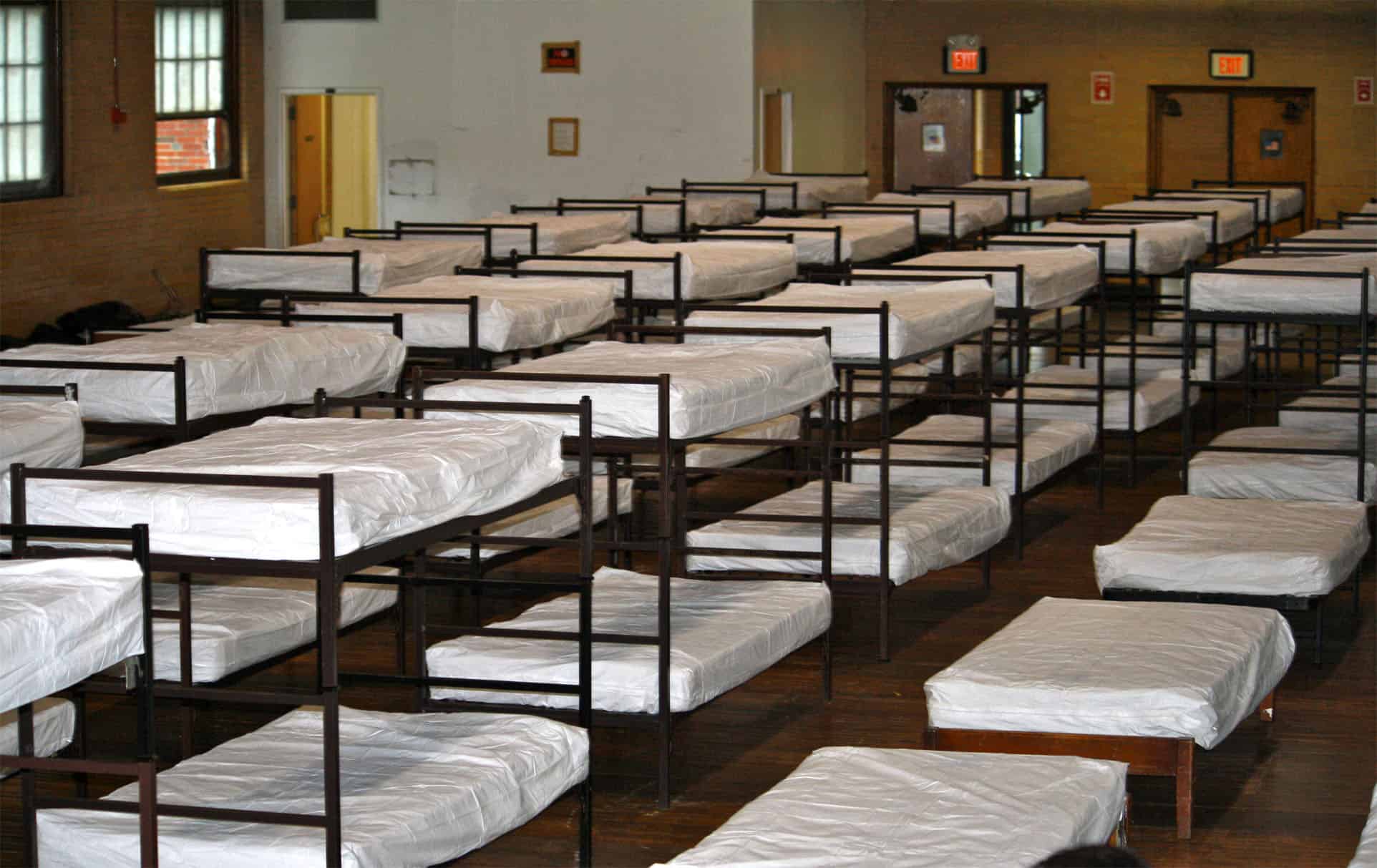 The statistics for homelessness in Australia are scary. According to Homelessness Australia there are over 100,000 people who are homeless in Australia, while 1 in 200 people are currently homeless. That’s a staggering 0.5% of the total population. Of these 56% percent are male, while 44% are female and a disproportionate amount are Aboriginal or Torres Strait Islander Australians. In our home state of Queensland there are approximately 19,000 without a bed to sleep on tonight or living in homeless shelters. 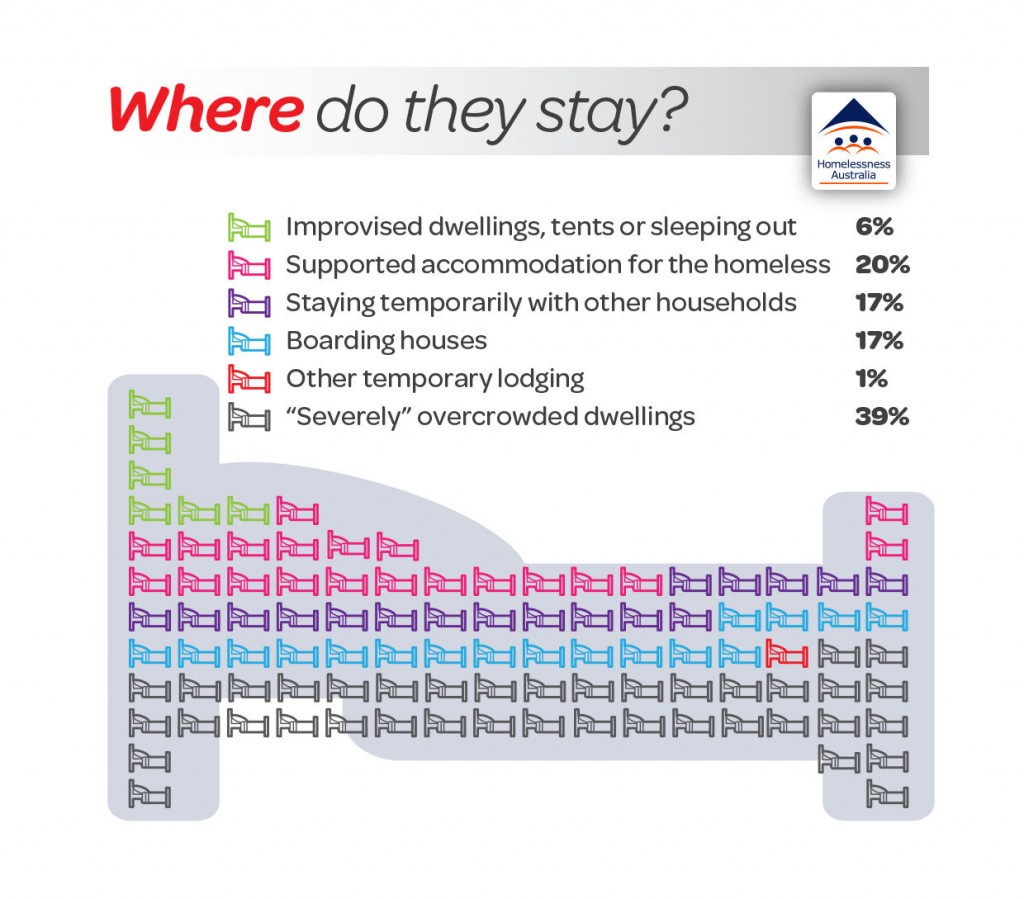 Could Shipping Containers Be The Answer?

That’s exactly whats happening around the world with significant homeless communities. Shipping container accommodation is cheap to construct off site, portable, modular and scaleable, allowing organisations such as NGOs and governments to quickly construct housing solutions.

Many youth in London could not afford accommodation after moving out of shelters provided by the YMCA in London, UK. With often astronomical rents, London is one of the most expensive cities in the world to live in. The CEO, Timothy Pain decided to do something about it and set up the MyPad system of containerised housing for homeless in London. The idea being that each shipping container will be fitted out to provide a simple, clean and safe apartment that can be rented out for a small fraction of the minimum wage.

These simple apartments provide all the necessities for living in inner city London including a desk, a bed, air conditioning/heatpump, a simple kitchenette, TV and a full bathroom/shower unit.

Housing for the Homeless, Brighton

As with most cities in the United Kingdom, Brighton has a significant problem with homelessness on its streets. The City of Brighton Housing Trust and QED property hope to alleviate some of that problem with a new development constructed from modified 40 foot shipping containers. Though not as expensive as London, Brighton has comparatively lower wages which results in housing still being unaffordable for those on the lower rungs of society.

Their solution was a block of 36 apartments, constructed from 40 foot shipping containers stacked six high and six across, with access via stairwells and a deck at the front. Containers are fitted out with the basics such as kitchen, bathroom and studio style living space with a shelving and closets. While not designed as permanent housing, instead it provides transitional housing as residents look for jobs and homes of their own. 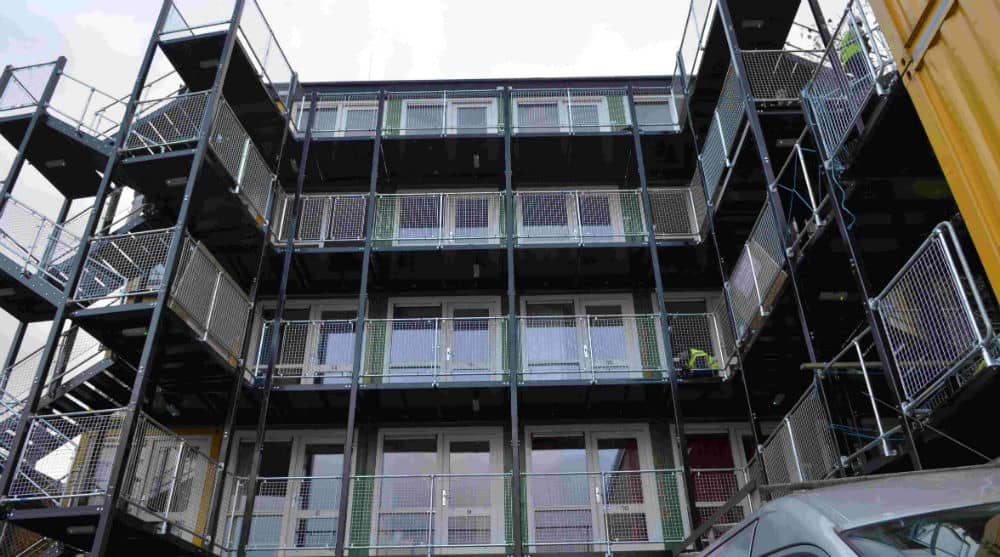 This organisation aims at preventing homelessness before it happens, with low cost homes for women who would otherwise face homelessness in the community. This three story building has been constructed from 12 shipping containers stacked 4 in a row. Every unit is 100% self contained, with a bedroom, living area and laundry. 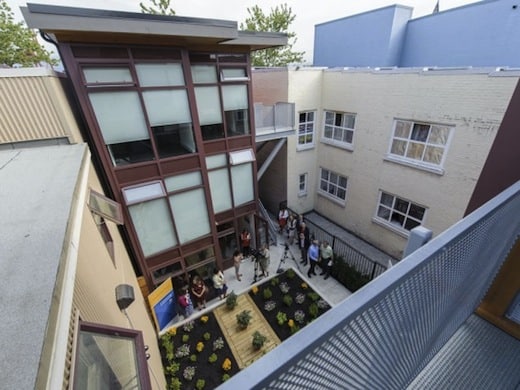 Campbell River Housing for the Homeless

Considerably more temporary than the other projects we’ve mentioned so far, this utilises portable shipping container housing. Rather than one shipping container being converted into an apartment, each container is converted into a dormitory of sorts, with 8 rooms containing a bunk bed. Double bunking multiple rooms allows each container to provide temporary shelter to 16 homeless people per night. Rooms are fitted with smoke alarms for added safety and a separate kiosk is at the front of the container to check in each night.

While definitely not a long term solution, containers like these are ideal for emergency situations where additional space is needed very quickly. 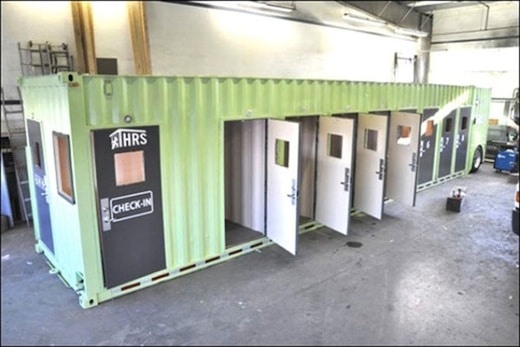 This group has converted 20 foot containers as temporary housing for families of four. These containers are once again designed to be temporary living quarters, lacking kitchens or bathrooms but do provide safe dormitory accommodation for families without adequate housing. With suggestions that upwards of 24,000 units are required, shipping containers may be the only viable solution for the homeless crisis in Honolulu – at least in the short term, with local councils passing a resolution to allow their use on a larger scale.

“I have supported the use of shipping containers because I think it provides a low-cost way to provide housing,” said Councilman Menor. “In order to address our affordable housing crisis, especially our dire need for affordable rentals, the city really needs to take a look at every possible option.” 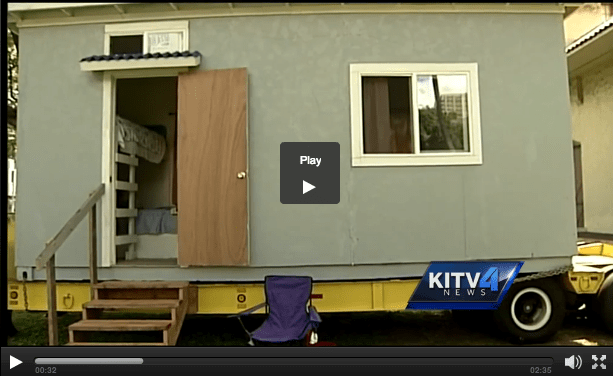 A Band Aid, Not a Solution to Homelessness

Homelessness is a complex issue, that is caused by a variety of issues such as drug and alcohol policy, mental health and the economy. While shipping containers and temporary housing will never be the solution, they do provide an effective band aid for short term accommodation, and allow for buildings to be constructed cheaply en masse as required – and potentially can be a far better alternative to rough sleeping or large scale dormitories with little to no privacy or security, especially when children and families are involved.

Existing solutions such as private container accommodation, ablution units and dormitories can be used to create modular shelters or apartment buildings to at least provide some form of accommodation to those who need it most, while container kitchens can be utilised in a “soup kitchen” type role.