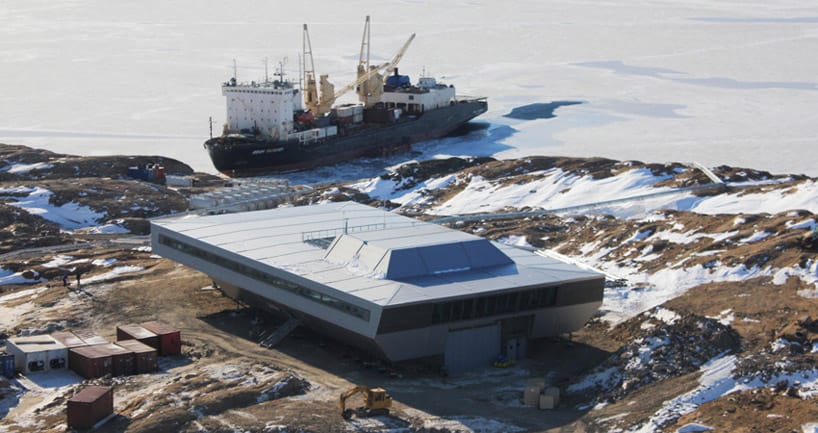 Shipping containers have a number of features that make them extremely good shelters and laboratories for scientists working in the frozen wastes of Antarctica. They can be converted to their end use in a factory environment. This means a whole research station can be built in a factory in somewhere like Australia or South Africa, and they can be dropped into place and constructed very quickly in the freezing and short Antarctic summer.

Shipping containers as well as being converted into fairly rudimentary research and accommodation units, prior to being towed to a research base, they can have all the gear stored inside them. Scientists are using them in this configuration to look at super-cooled water in sea ice in Antarctica. They are also almost endlessly flexible as to their uses. German scientists are even using them to grow food in Antarctica in preparation for future manned missions to Mars.

Finally, they can be removed and leave no trace of their stay. This means that shipping container buildings in Antarctica can fulfil the international treaty obligations of the countries with teams working there, that demands that there is no human waste left behind when the research bases reach the end of their useful lives. 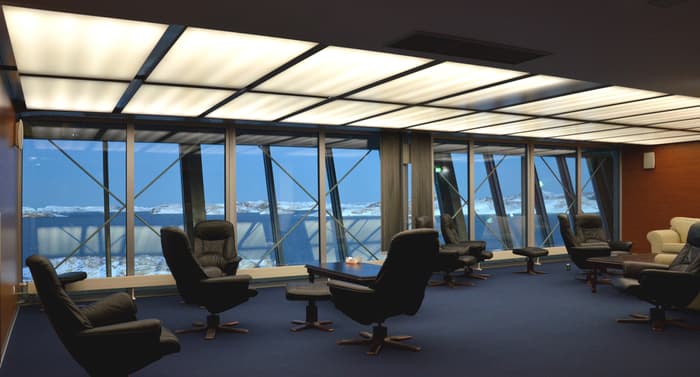 The Indian Bharathi research station is 2,500 square metres of laboratories, accommodation and rest areas for up to 47 researchers in Antarctica. Scientists and support staff can live and work in the unit year round, through the dark and freezing winters and on through the short summer months.

Even though it is built from 134 recycled shipping containers, the construction has the visual appeal that would not go amiss in an architectural competition. The top floor has a sun terrace and air conditioning units.

The floor beneath has residential quarters (that include 24 single and double rooms) as well as a kitchen, dining room, library, fitness suite, offices, lounge and a very well equipped medical centre. This floor helps keep people sane while they are thousands of kilometres away from civilisation and home comforts.

Downstairs is where the work happens, with laboratories, storage areas, technical spaces and workshop. The whole site is powered by three kerosene fuelled Combined Heat and Power Units. Where only one is required to run the whole site, the two others are for backup – the last thing you need is for the power to go down in a blizzard with 280kph winds in the dark winter!

Forward Operating Base Near Scott Base 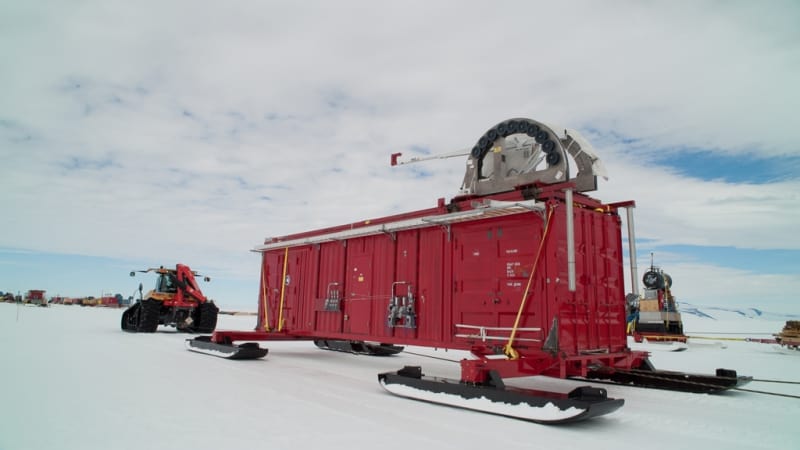 Scott Base is where the British explorer Robert Falcon Scott began his ill fated journey to the South Pole. The British Antarctic Survey has a big research base there. Even so, they need to study things some distance away – not always an easy commute! Dr Craig Stevens is looking at super-cooled liquid water that seeps through the sea ice, and he needed to be out on the sea ice away from the main base on the mainland. He could have either commuted the 25km every day by skidoo (which would take 90 minutes on a good day but be impossible in a storm) or bring his accommodation units with him.

The forward base comprises eight shipping containers that were towed onto site. One container is a bunk house and another is for a kitchen and dining area. Two others have a generator and a cold storage area. Four have had their bottoms removed so the scientists can work out of the wind (and in some warmth) while studying the sea ice and super-cooled water that seeps through it.

Plans for a Mars Expedition? 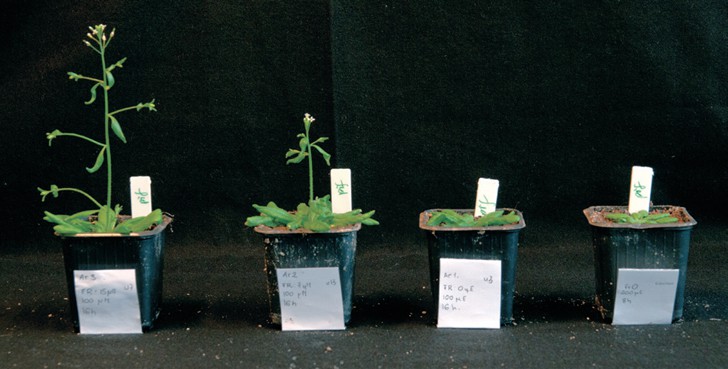 In last week’s blog we looked at how shipping containers can be used as farms. German scientists in Antarctica are taking this concept a step further. The planet Mars has very poor sunlight, is very cold and is impossible to grow vegetables in – not unlike Antarctica!

Specially insulated shipping containers are being used to grow food by the German space agency, the DLR. They are experimenting with different LED lighting systems to see how to maximise the nutrients so plants can develop. Perhaps in future this will allow astronauts to grow their own food on Mars instead of having it all sent by cargo spaceship on a nine month journey .

The units are much the same configuration as the shipping container farms we discussed last week. But instead of producing food for local restaurants, here the space scientists are trying to advance the concept to get the very best food possible for when astronauts are millions of miles away from home. The latest research paper on the topic can be found here.

Need a shipping container solution to withstand the elements?

As you can see, shipping containers are ideal for using in the most extreme environments on Earth, whether it’s Antarctica or the Outback, and can still be converted with comfort in mind. Need a storage, building or shipping container solution that can stand up to the elements? Gateway Container Sales & Hire has a team of experts to find the best 10ft, 20ft or 40ft containers for you. Contact us today for advice or request a free quote.