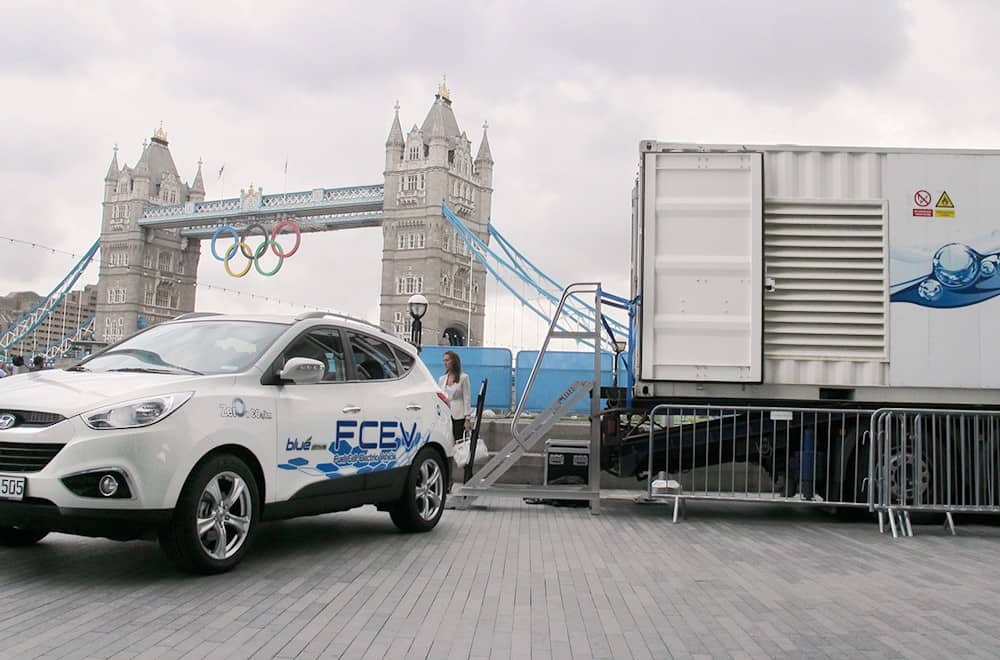 There’s a race on to power the transport of the future. Carbon isn’t even in the running. The two front runners are hydrogen and batteries as a method of storing electricity.

In this piece we will look at a zero carbon emission hydrogen extraction and storage plant that sits in a shipping container, while reflecting on the far more advanced vehicle battery charging networks around the world. 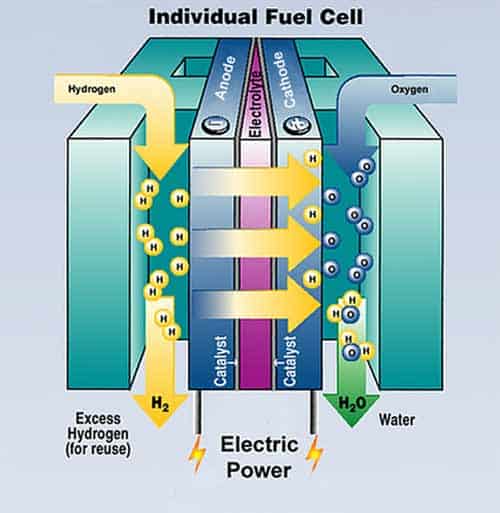 When people imagine a hydrogen powered car they may think that since hydrogen is highly explosive it is run through a similar compression-ignition system to a petrol or diesel car. While the concept has been tested, the general trend is toward using hydrogen as a ‘battery’ to store electricity.

With fuel cells, essentially you fill your car tank up with hydrogen and, when driving, the hydrogen combines with oxygen to form water. In doing so it releases electricity and its ‘emissions’ are drinking water.

Fuel cell electric vehicles (FCEVs) are far quicker to ‘charge’ than batteries as the ‘battery’ is pumped into a tank having been ‘charged’ off site by extracting hydrogen from either crude oil or water. Yes, you got it – most hydrogen is taken from dirty oil these days.

One of the weaknesses of battery electric vehicles (BEVs) is that you can only charge them so quickly – even the best battery technology only permits an 80% charge of a car sized battery bank in half an hour or so. Hydrogen however can be pumped into the tank in just minutes.

There is a cost however – BEV batteries are far more efficient at storing energy than hydrogen. Not only do you need to use energy to extract the hydrogen, but you need to use more energy to compress it to the density required for a fuel cell. 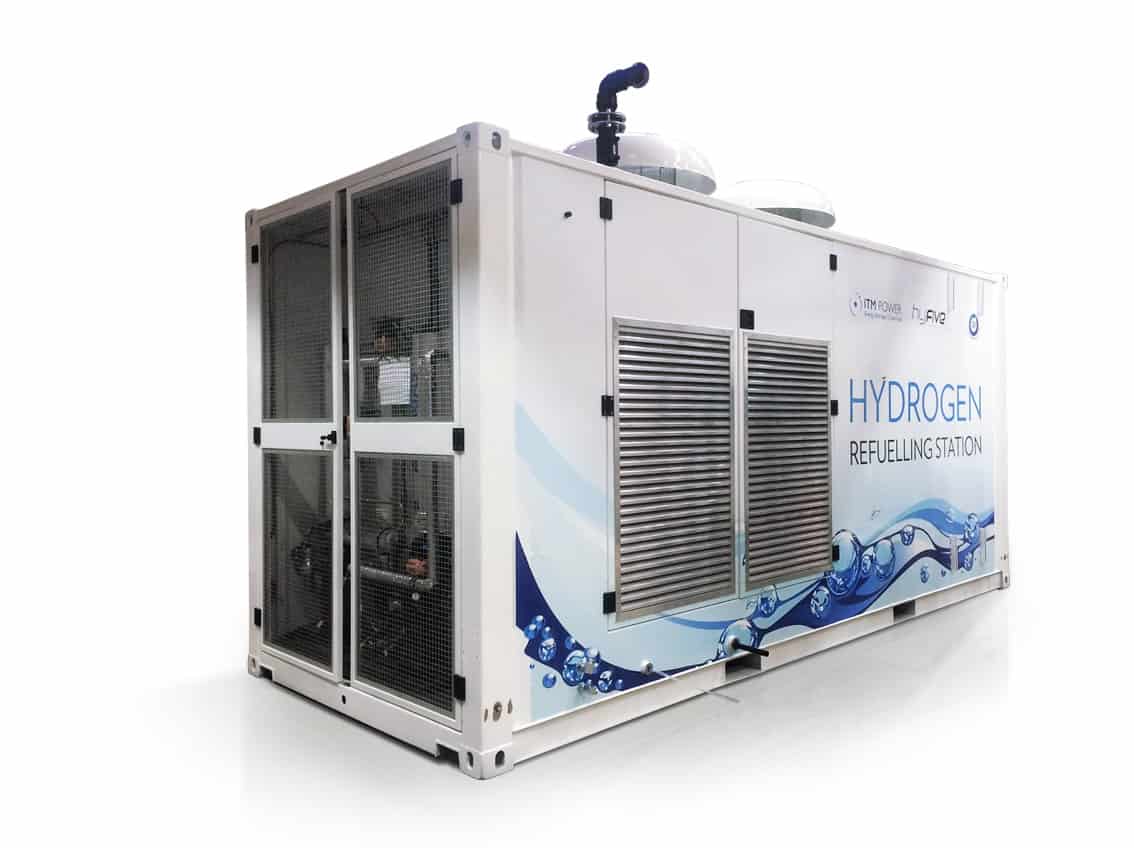 The system stands out as it uses electrolysis to separate hydrogen from oxygen as opposed to from crude oil. While this takes a bit more energy than carbon based extraction, it does ‘de-carbonise’ the system.

Another step forward is to decarbonise the electricity source. In one case, ITM Power has an installation at the Advanced Manufacturing Park in South Yorkshire, England. According to the ITM Power website, “The site consists of a 225kW wind turbine coupled directly to an electrolyser, 200kg of hydrogen storage, a hydrogen dispensing unit and a 30kW fuel cell system capable of providing backup power generation for nearby buildings… The system is designed so that energy from the wind turbine is used to provide power for some of the buildings on the Advanced Manufacturing Park, with excess energy being used by the electrolyser to generate hydrogen gas. The gas is then compressed and stored ready for dispensing into hydrogen fuel cell vehicles.”

See a video here of a local news reports about the project:

We started this article by speaking of a race being on between hydrogen and batteries. Imagine an Olympic Marathon where the weaker guy was given a five mile head start. That’s how the race is now. Both battery technology and hydrogen technology were immature even very recently, though governments leapt on batteries by installing millions of charging stations around the world.

Currently, while still not amazing, battery charging networks are quite good in the likes of the US, here in Australia and Europe. In the UK you can travel from the South Coast of England to the North Coast of Scotland without getting too low on charge, having topped up several times on the route. 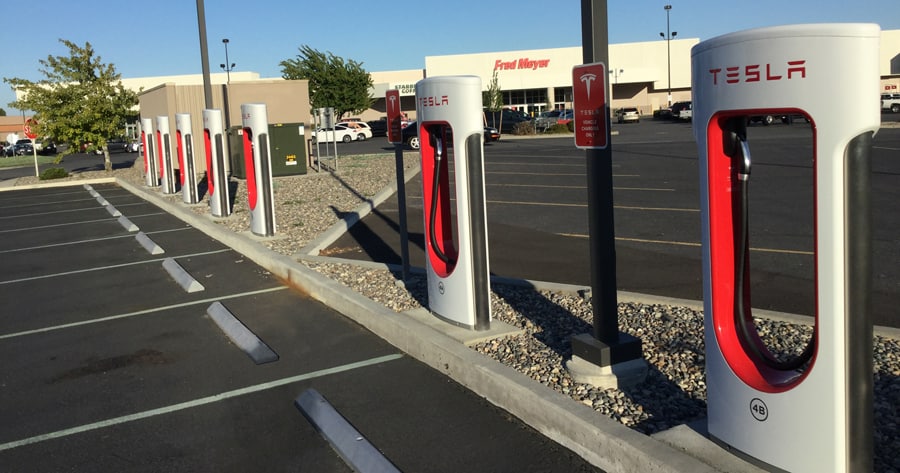 By comparison, there are only seven hydrogen FCEV charging stations in the UK. You might (just about) get from London to Leeds and then maybe as far as the Scottish border before you run out of juice. You couldn’t go from London to Wales as there’s no charging stations west of London. The shipping container hydrogen extraction and storage systems from ITM Power present the opportunity for this to change very rapidly. If it only takes a couple of weeks to add the shipping container bases system to a forecourt, then a massive order from a willing government could put the network in place in just a few months.

The only problem with that theory is demand. BEV charging networks are growing about as fast as the numbers of new BEV cars are being registered. There are more than 200,000 BEV cars on UK roads. In part due to the lack of supply of hydrogen, there are only a few hundred FCEV cars on the road. What should come first – selling thousands of FCEV cars which would queue up for hours for hydrogen, or taking that risk of installing hundreds of FCEV fuelling stations in blind hope the cars will sell?

Another thing: battery technology is much better than it was when the race started. Where at the beginning of the marathon, the battery runner may have had a bit of a gut and jogged along, they have turned into a lean, mean world class athlete that may well be able to outrun the hydrogen runner who started five miles behind on a level race. To that extent, current thinkers on the race between hydrogen and battery don’t hold out much hope that hydrogen will ever catch up with battery – the race it seems is won by batteries…

Need a shipping container for storage or some other use?