US Military Gets into Shipping Container Building Construction 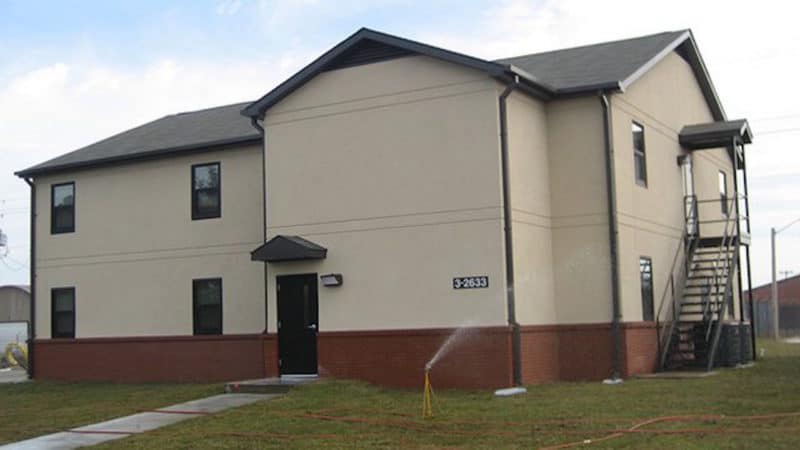 Militaries the world over love to construct buildings that are cheap, sturdy, and can be thrown up in minimal time. It is of little surprise, therefore, that they have recently discovered the benefits of repurposing shipping containers for their buildings. Shipping containers are very durable, can take a lot of weight and, thanks to being modular, can be built on site in very quick time indeed. Let’s take a look at their new 249th Engineers company operations building that has just been built at Fort Bragg, North Carolina.

The US Engineers needed a 5,000 square foot building that had to be built for less than US$750,000 and also needed to be built in quick time. The original contractors working in traditional construction methods just couldn’t build a building to within these parameters.

Nathaniel Hermann, the Corps’ resident engineer and the project champion said, “It’s highly unlikely that the structure of these buildings will rot or get moisture damage, and they’re less likely to grow mold or mildew. They’re stronger, longer-lasting buildings that are substantially less susceptible to moisture, wind and other elements.” The US Military expect this building to last 50 years with minimal maintenance.

Using shipping containers as building blocks is much better for the environment. It is estimated that melting a container down to re-use its steel costs around 8,000 kilowatt-hours of energy. Turning one into a fully clad, durable building will cost around 400kWh, or around 5% of the energy of melting it down.

The 4,322 square foot, two storey Army Corps of Engineers building was built in just 110 days. The cost came in at around US$150 per square foot, well within the price tolerances of the US Army. They believe that as local contractors get used to modular construction the cost is set to fall dramatically as well, pushing the costs of building shipping container buildings to a very competitive price point and one that can be replicated across all of the US Military’s permanent bases around the world. 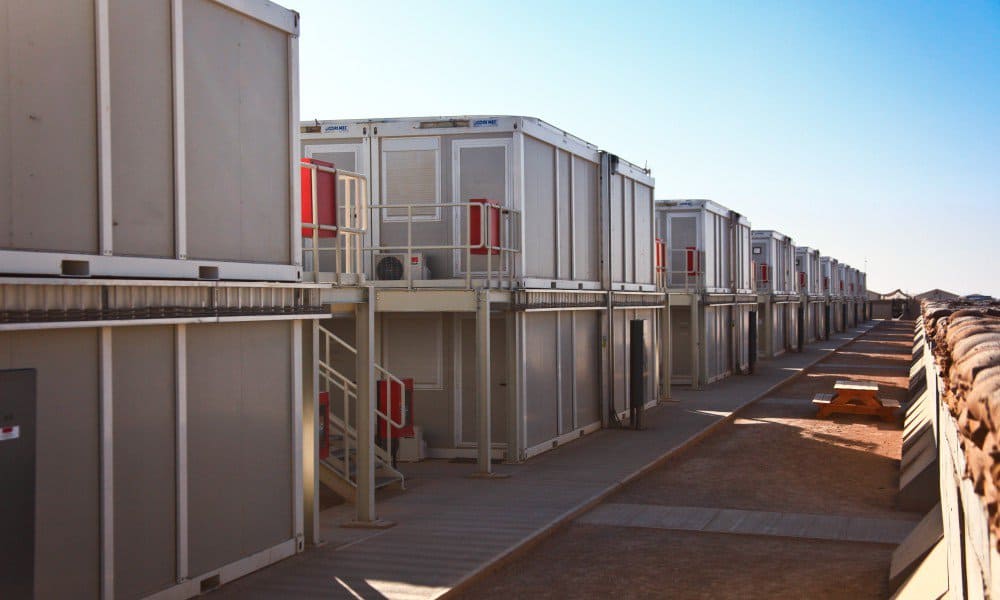 The US Army is quite used to having prefabricated buildings in theatres of war where a utilitarian look is par for the course. You don’t need something to look pretty when the enemy want to put holes in it. Fort Bragg, however, is on home soil and there are certain planning and appearance regulations that the building had to conform to. Again, it was clad and insulated to meet the requirements of the base, and has a similar appearance to the other buildings on this vast military base.

Looking at it from the outside the building doesn’t look as if it was a bunch of shipping containers dumped on site – instead it is a neat, comfortable looking base for the soldiers working there.

At Gateway Container Sales we specialise in selling repurposed shipping containers that have frequently only done relatively short distances by comparison to their designed lifespan, and regularly sell them on as components of buildings that can conform to local aesthetics and building regulations. Call us today to discuss your needs or get a free quote!