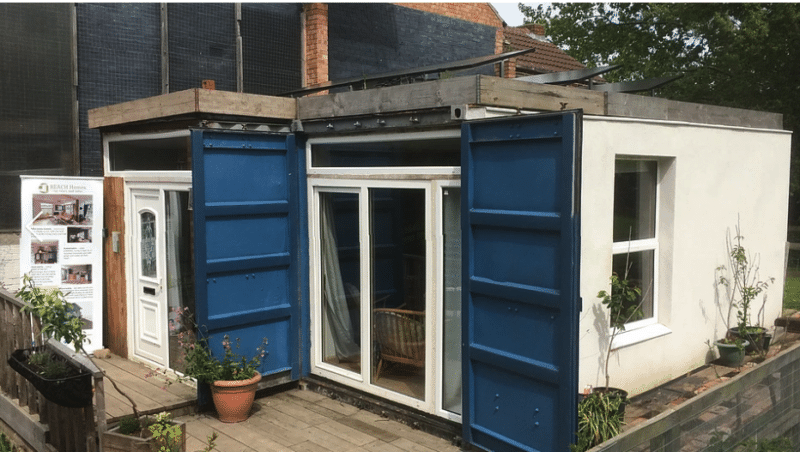 There’s a housing crisis in the United Kingdom with the wealthy forcing housing prices far above what ordinary people can afford. The solution in the eyes of Yorkshire based REACH Homes may well be in building ultra energy efficient, ultra affordable shipping container homes.

For several decades there has been a growing wealth divide in the UK. Where once home ownership was possible for people on average incomes, that is now almost impossible. The average income in the country is somewhere around AUD $52,000 and the average house price is around $411,000, or around 800% gross income. Banks don’t lend that sort of cash.

Part of the problem is that many of those who can afford a home often end up with two or more, making house prices rise for those who would just like to own one. These homes may be holiday homes or are rented out on the calculation that house prices will be significantly more at the end of the mortgage term so the home generates two incomes simultaneously. Rents are getting out of control too, with those on lower incomes spending ever greater proportions of their budget on rent.

A final issue is that, thanks to utilities being privatised, energy costs are so steep that those on the lowest incomes often have the choice between heating their homes or eating. Given how cold it gets there in winter (and hot in summer) this is a pretty bad situation for many. Housing is forcing people into poverty – not much else.

In a free market economy the idea is that if there is enough supply then demand will fall, and so will prices on the commodity. There have been pushes for greater housing developments (Sheffield needs some 44,000 houses in the next 20 years for example). The problem is that these are being built for the wealthy and not for those in genuine housing need – the cheapest is in at $288,000 in a part of the country where incomes are lower than average. In some places a new 3 bedroomed house sold off-plan is being sold for $721,000, or close to 1600% of average income! 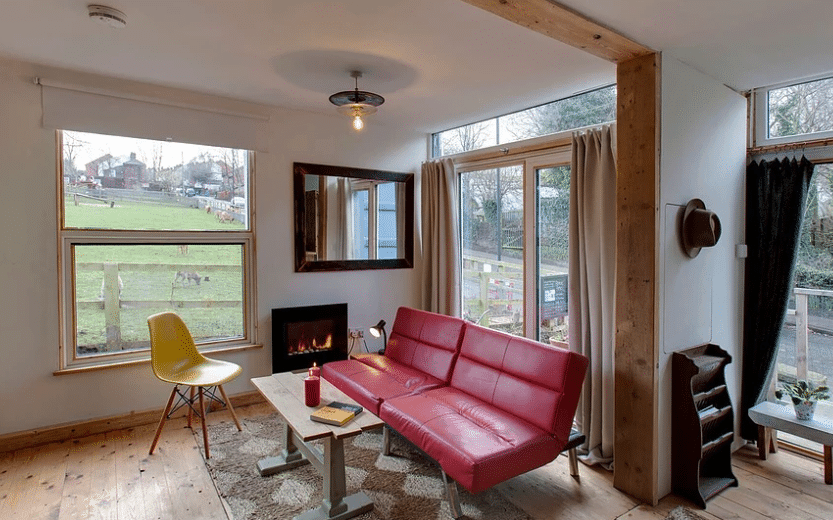 What then would a one bedroomed home that generates much of its energy itself, on the market for $63,000, do to the market? That’s just a tad over 100% of someone’s gross income!

REACH Homes was set up by a retired policeman called Jon Johnson from Sheffield, South Yorkshire. His plan is to build lots of shipping container homes and make them available to those in genuine housing need. Not the government-bastardised ‘affordable’ concept (which is too complicated to explain but is basically a joke) but genuinely affordable homes.

Johnson said to the Environment Journal, the homes are:

“all going to be climate controlled, in fact the climate in these houses should be healthier and nicer to live in than existing homes, because they are going to be mechanically ventilated with a heat exchanger so that sucks all the moist, stale air out, and then heats up fresh air coming back in.

We’re going to insulate them to a standard called Passivhaus, which is extensively used in Germany and Scandinavia, where a very heavily insulated building envelope stops the heat transmission to the outside and also helps to cut your domestic energy bills by up to 80%. We’re looking to get all the properties certified to a variety of standards of which Passivhaus is one, so these really are going to be top quality homes.”

They are insulated heavily, have battery packs to store solar energy for evening use and have solar panels for energy in the day. Bills will never be a problem. Being made of shipping containers in a factory they are very quick and cheap to build.

This has generated a lot of local interest with some 900 locals expressing a formal interest in the concept. This sounds fantastic! Why isn’t this machine pumping so hard it’s almost out of control?

While a laudable idea, the UK has a perfectly legal system of political corruption whereby an organisation or person pays toward a politician’s campaign funds. Chuck $20,000 at a councillor’s campaign funds and s/he will be as loyal as a dog. This is largely why politics ignores those it really should serve – those who cannot afford their rent let alone buy two to three homes. Campaign contributions fly in councillors’ directions so they back down on the need for affordable and social housing in a new housing development.

If politics wasn’t about politicians taking someone’s vote and doing what their corporate friends tell them instead, this world would be a far better place. Great ideas like REACH Homes wouldn’t be necessary or if they would, would pop up by the thousand across the UK. If only…

Starting a housing revolution in Australia?

Why isn’t this happening here in Australia? If you like the idea, then give us a call at Gateway Container Sales. We’d love to talk about selling some containers to you for affordable housing!