The world’s first zero emissions, fully autonomous container ship is to be launched next year in 2018. The plan is for these vessels to be cheaper to run and with zero emissions to save on diesel emissions from 40,000 heavy truck journeys every year. Will it actually be safer than container ships that ply the world’s waters today?

The Norwegian fertiliser manufacturers Yara currently make their products in the city of Porsgrunn and send it in containers by road to the ports of Brevik and Larvik for distribution around the world. This costs a vast amount of money and emits a lot of carbon into the atmosphere, with an estimated 40,000 diesel heavy truck journeys a year out of the factory and onto the seaports of Norway.

The Yara Birkeland will for the first year be crewed by a team of sailors to watch the ship for any errors it makes and its decision-making processes. In 2019 the crew will leave the ship and it will run autonomously with a shore team on 24 hour watch for the ship, watching its sensors and through its cameras, again to ensure it doesn’t run down fishing boats or ignore channel markers and run aground.

In 2020 the feeder container ship will be left to its own devices. There will be major cost advantages as there won’t be crew aboard and it isn’t guzzling diesel as it follows its routes around Norway’s seaways.

Adding to the safety of this system, it will always travel within the Norwegian Coastal Administration Vessel Tracking System area which is essentially an air traffic control for shipping, systems that have saved lives at sea as there’s another ‘eye’ on the traffic from the authorities. 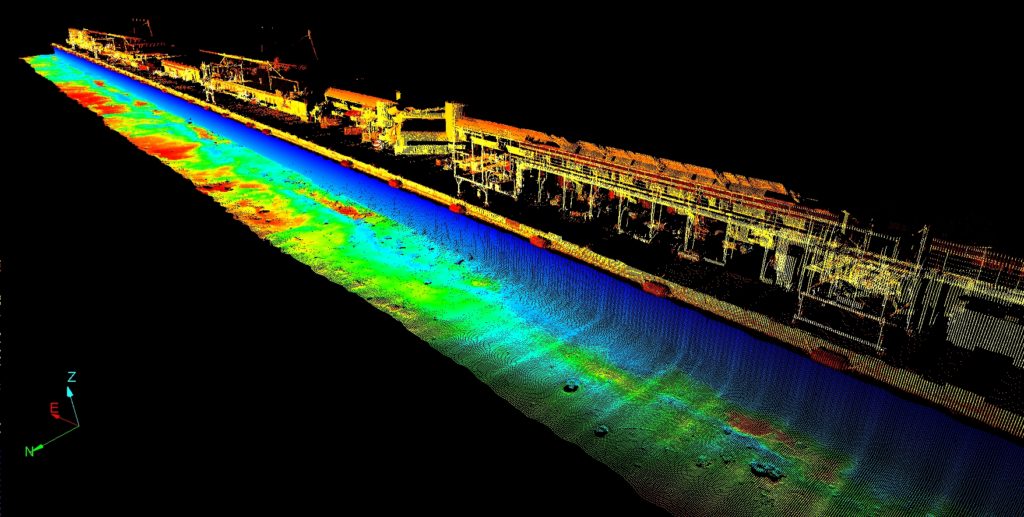 The feeder containership is going to have an array of sensors aboard that have been developed by the aerospace company Kongsberg. As with crewed ships today, it will have sensors that tell it where it is, where it should be going, what other vessels are around it, as well as internal sensors on the power plants and things like stability calculations. Each container will be placed aboard in the right place without the vessel rolling too dangerously due to its centres of balance and gravity being in the wrong place.

According to Kongsberg, “Our Autonomy Controller provides autonomous operation for most vessels that have an electrical interface to the engine and steering systems. For safe operations, the systems collision avoidance capability ensures that the vehicle avoids obstacles in the sea detected by its proximity sensors.”

The technology company has installed radar, cameras and infrared cameras on different parts of the vessel so it can ‘see’ what is around it. In addition it uses ‘Lidar’ which is essentially the same as radar only using light instead of radio waves to generate a 3D light picture of what is around it. Finally, AIS is going to be fed into the computer. AIS is a GPS transponder system where vessels constantly transmit who they are via satellite to AIS receivers around the world, so other vessels and authorities have an idea who and what is where. 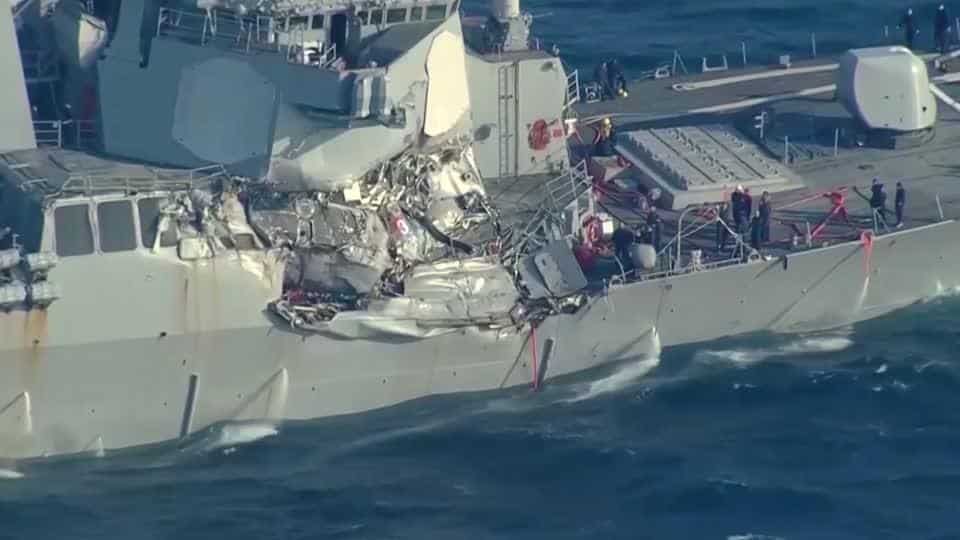 Despite many people’s feelings as they fly in jet aircraft around the world, you are far safer in an airliner than you are at sea. Where hundreds die every year in airline crashes (of around 1 million people being airborne at any one time, 24/7) thousands die at sea every year.

The US Navy has made the news recently after 17 of its sailors died in four separate collisions at sea this year alone. The US news organisation CNN reported on the worst incident in terms of loss of life, “The Navy’s 7th Fleet said the USS John S. McCain collided with the merchant vessel Alnic MC while the destroyer was making its way to a port in Singapore. The collision was reported at 5:24 am local time, east of the Malacca Strait, one of the world’s most congested shipping routes. Ten US soldiers are missing. Significant hull damage occurred on the McCain, with flooding in berthing compartments as well as machinery and communication rooms.”

One of the common outcomes of the investigations into the US Navy collisions is that the crews are burned out. All the accidents happened quite close to ‘enemy territory’, with the US government having spats with China and North Korea. The crews of the warships are effectively on a high level of alert for weeks at a time and were basically too tired to make the basic decisions of collision avoidance when confronted with other vessels.

Merchant vessel crews aren’t immune to burn out either. An article in the UK sailing magazine Yachting Monthly explained, “those on board, including the bridge watchkeepers, don’t get the rest they need to perform their duties satisfactorily and, over time, become very tired. It is particularly prevalent in the short sea trade. Ships are supposed to have a dedicated lookout at night in addition to the OOW but, judging by the findings in numerous marine accident investigation reports and declarations made in confidential reporting schemes, they are often absent from the bridge with a consequent reduction in the efficiency of the lookout.”

Brought together, you will see a pattern of errors that come down to the fallibility of humanity at sea bringing about the loss of life.

International Regulations for the Prevention of Collision at Sea

The International Maritime Organisation has set a defined set of rules as to who gets priority in what situation at sea, which are set as a Treaty among all seafaring nations around the world. These are called in shorthand the ‘COLREGS’ that every mariner has to learn, from your 18ft skiff sailor on Sydney Harbour to the captain of a giant aircraft carrier. Here are three examples of the rules:

The regulations get quite specific about a huge range of potential incidents. Someone with a clear head can spot the situation and almost without thinking take appropriate action as one would when one sees a roundabout when driving a car.

The key point here is, someone with a clear head. If the watchkeepers of both ships are on their last legs having spent the last three weeks crossing the Pacific (and one of them is stressed out looking for North Korean missiles) they will make poor decisions because to err is human. Robots don’t get tired.

If a robot ship can see more than a watchkeeper on the bridge of a containership, and can concisely interpret the COLREGS then there is every chance that safety at sea will be significantly improved. You won’t have burned out crew who daydream of instead of looking at a busy seascape. You will have a tireless robot instructed to keep an eye out for collisions and that shouldn’t make mistakes.

For the ship owner you will see massive cost savings in crew and crew accommodation. They won’t need a fresh water maker aboard, costing more diesel, heating or food for the crew, as well as the savings they make in salaries.

For the e-commerce merchant moving their goods between China and Australia, they will see the cost of shipping fall to new levels without the consequent risks of the shipping line going bust.

The only sad thing about this issue is that in 20-30 years’ time, a crewed merchant ship will be looked back upon with the same fondness some do of the Age of Sail. The only sailors who have to use the ancient arts of seamanship still taught today will be those who venture to sea on yachts. A sea change is coming to container shipping, and for all the benefits it carries, there is but a hint of forlorn sadness to this.

Keep Out The Cold (Or Heat) With Shipping Container Insulation
November 22, 2021