Could Digitisation Change the Shipping Industry? 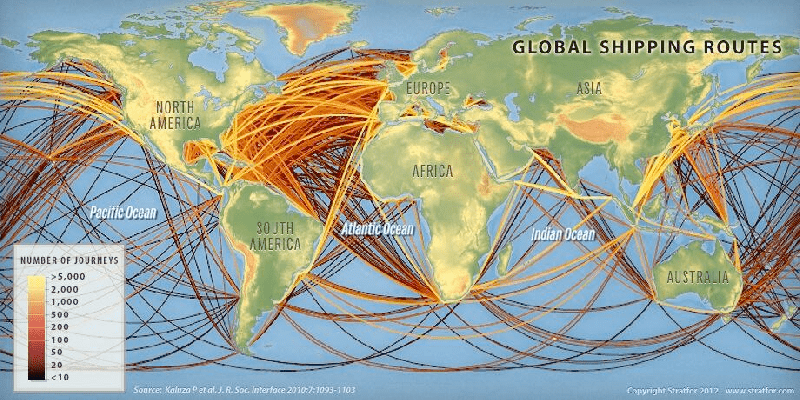 Apart from ships getting larger and the introduction of automation, the shipping container liner industry has changed little since the concept first emerged in the 1950’s. But could digitisation of the global economy change this forever?

Shipping container lines operate a number of ships that do set routes. One may leave Hong Kong and stop at a few other South East Asian Ports, loading up on full containers headed for Europe. It will then head west via the Suez Canal, perhaps picking up and dropping off containers in Dubai, or the other transit container ports, before heading to the Mediterranean where it starts dropping off full containers and picking up empties until it reaches the mega ports of the European Atlantic ports and Rotterdam.

The ship will then reverse its 10,000 mile route back to China, collecting and dropping off containers on its never ending journey between the manufacturing centres of the world and the consumer centres of the world. There will be other routes – across the Pacific and down the Americas but the distances will always be big and move between global manufacturing hub to global consumer centre.

While container shipping lines are driving huge efficiencies into the system, for instance by building the huge container ships we described a few weeks ago at the Gateway Gazette, and using robots for much of the loading and unloading process, margins are extremely fine to the point that the Hanjin shipping container line went bust in 2016. 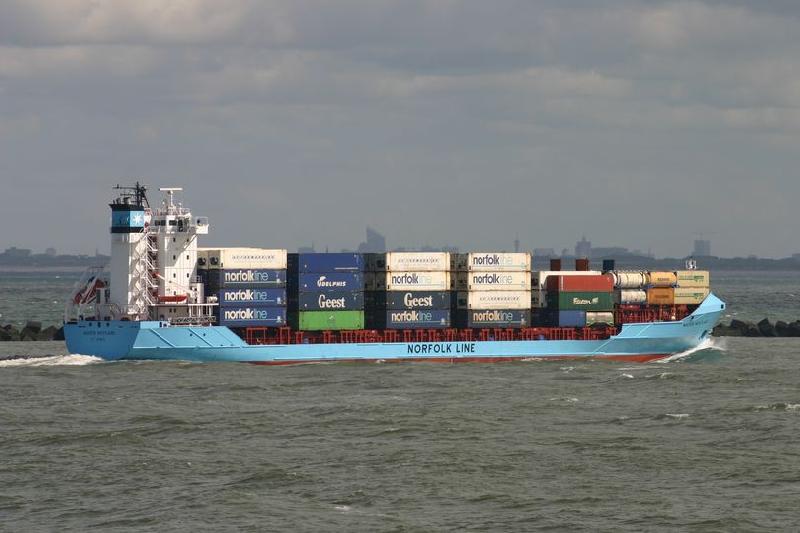 It is all very well picking up and dropping off goods during a fixed schedule, but there will be spikes and lulls in demand through the year. In late summer, container lines are going full throttle to deliver Christmas goods to Europe and the US, and capacity is full. This drives container line prices up as shippers pay for reduced available space, yet at other times (after the Chinese New Year when the factories are closed, and around Christmas when no one needs their goods sent from the east) the prices plummet as there is all this capacity sailing around the world. This creates a ‘feast or famine’ situation where, like wild animals in Africa, the container lines need to gorge during the good times to have enough financial fat on to survive the seasonal famine.

According to Roar Adland, shipping chair professor at the Norwegian School of Economics, in an article in Splash 24/7, retail companies don’t care how frequent sailings are – they only care that the container is where they need it when they need it. This is why sometimes you find that lower value goods come by air freight due to a campaign that needs a high supply of a particular good, topping up the goods that have come by sea. He goes on to surmise that the whole supply chain is set to change as efficiencies are driven into the system as a whole.

“A more distributed manufacturing network (e.g. local production) and more personalized on-demand production replacing mass production, will lead to a completely different logistics network,” Adland says. “The transportation network will itself be “distributed: in the sense that point-to-point volumes may be smaller and less predictable but where the number of points served is greater.”

Essentially, as China and the East become more consumer orientated in their economies, you will see manufacturing coming back to the West and Australasia and shipping having to react to this. Instead of giant ships moving thousands of containers from continent to continent, you will have smaller container ships moving goods between regional manufacturing hubs and regional receiving ports. Smaller amounts of goods will be made in a more responsive system that will have less waste and inefficiency.

What will this mean for the shipping trade?

We might yet see the end of the super-giant container ship travelling on 20,000 mile round trips. Instead, smaller ships may do those journeys, linking the major economic blocs, but more goods will be moved within those economic blocs, again with smaller ships that do shorter, faster and more regular journeys within them.

Keep Out The Cold (Or Heat) With Shipping Container Insulation
November 22, 2021