How Shipping Containers Changed the World 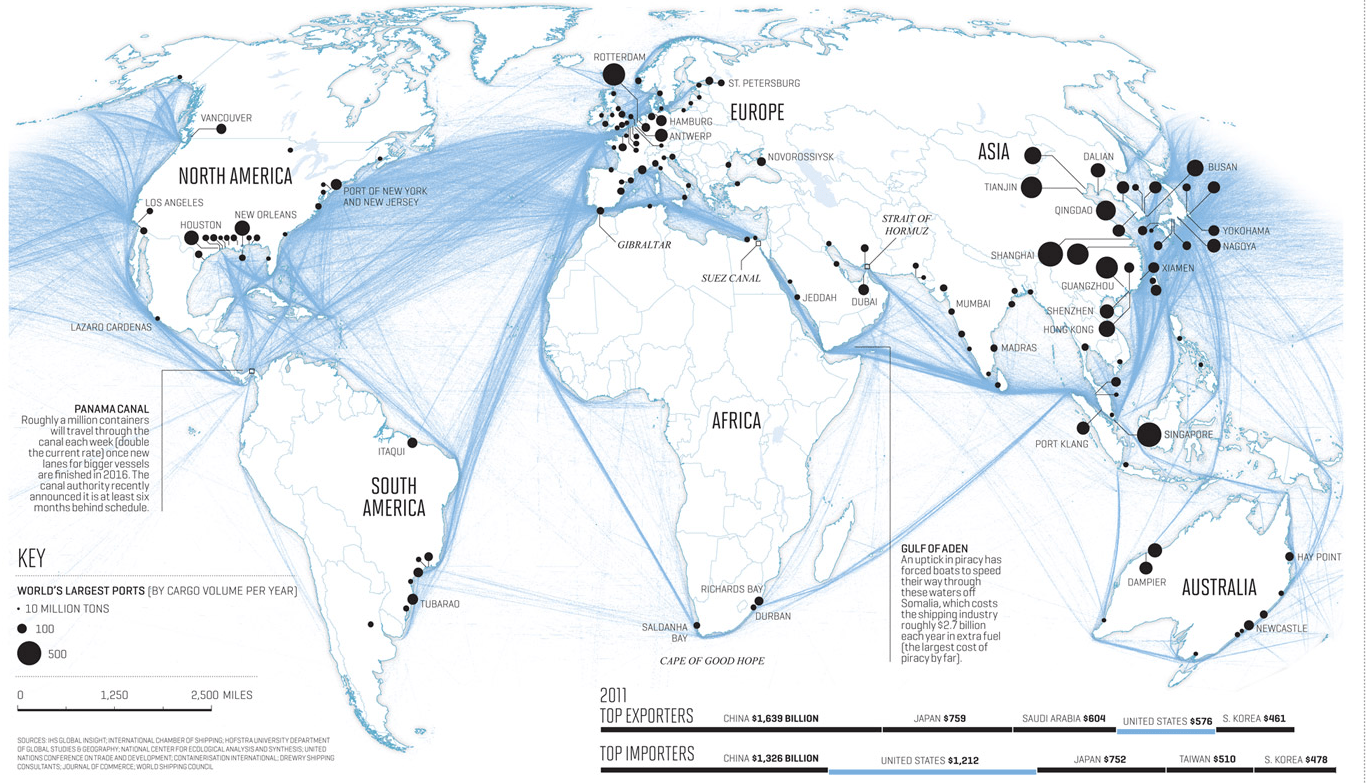 As you read this, more than 20 million shipping containers are plying the world’s oceans. We see them everywhere, whether as rusting storage sheds, beautiful mansions or on the highways and motorways of the world as they go from customer to seaport. Less than a lifetime ago, shipping containers were only a concept, yet due to them the world’s economy has rocketed. Why’s this?

The world before shipping containers 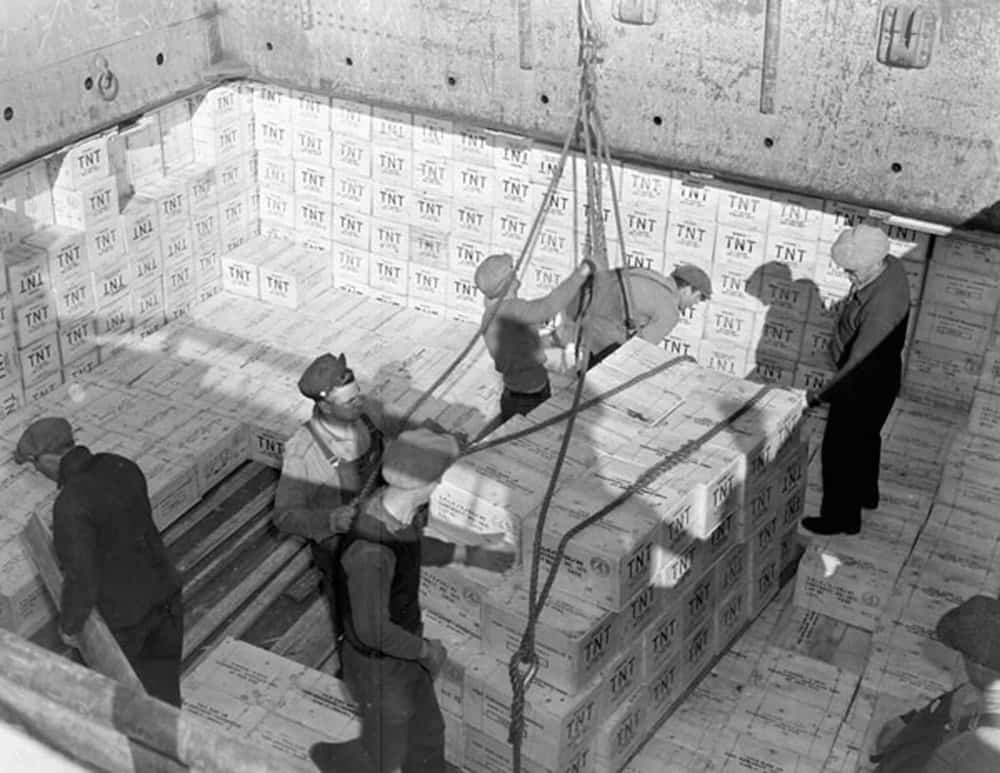 Before shipping containers were built, sea transport cost a large proportion of the final retail value of goods imported into a country by sea. In today’s money, goods transported by ‘break bulk’ cargo ships cost $5.86 per tonne of goods just to load and unload. This was largely down to the costs of loading and unloading a ship bit by bit – it took an hour to load or unload 1.3 tonnes of cargo with large crews of longshoremen. It took a week to unload an average break bulk ship, which were typically 20-30,000 tonnes in weight. Once lashed down, break bulk cargo ships needed quite large crews to ensure that the cargo was where it needed to be (cargo slipping to one side could capsize a ship), adding to the cost per mile. Ports were huge to take masses of ships that carried relatively tiny loads. 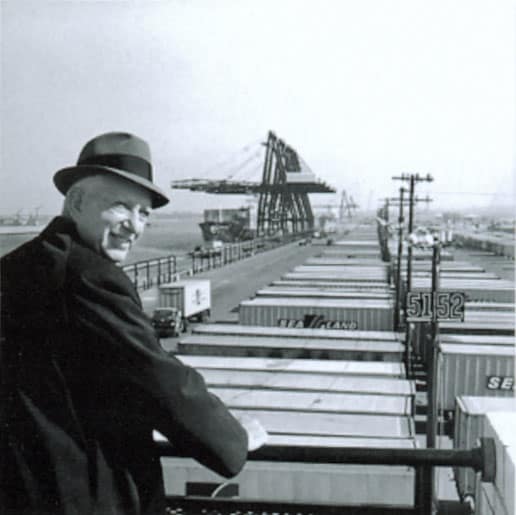 American entrepreneur Malcolm McLean came up with the idea for cargo to be put into fixed size boxes and stacked on ships. In 1956, his dream would become a reality. Many good ideas die on their backsides but the US military went to war in Vietnam shortly after. They found that they could shift their hardware around the world so much more efficiently by sea. The world noticed this, even while looking aghast at the horrors of war. Shipping containers were here to stay.

How containers changed the world 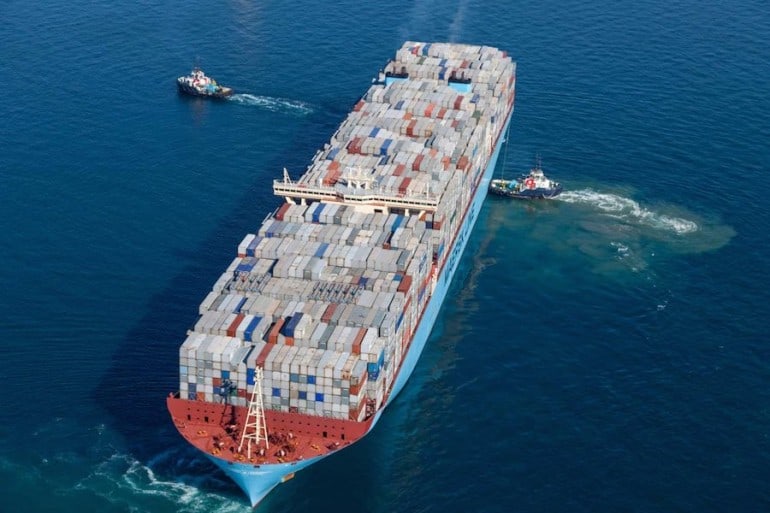 The cost of moving goods around the world has plummeted. To get a tonne of cargo 3,500 miles across the Atlantic in the 1950’s it would have cost $420 – it now costs nearly $50, or approaching 10% of the cost before shipping containers plied the oceans. While it cost nearly $6 a tonne to load and unload a break bulk cargo ship, it now costs around 16 cents. Ten thousand tonnes of cargo can be loaded and unloaded an hour with the super-efficient cranes and supply chain systems. Proportionate to the tonnage of the ships carrying the shipping containers, tiny crews are required to run and maintain the ships in question. The largest container ship afloat, the Madrid Maersk can carry 20,000 containers around the world and is nearly 400 metres in length, weighing in at a hefty 210,000 tonnes. Ninety percent of the world’s international cargo is sent by container ship.

The cost of importing and exporting by shipping container is so low that new ways of working have emerged. By break bulk carrier, cheap plastic gadgets would still have to be made in the country where it was sold due to the costs of transporting them around the world. Now, due to the tiny relative cost of shipping cargo, the world’s economy has changed. We generally have manufacturing countries such as China and Vietnam and client countries such as the US and Australia. While there are issues with balance of trade for the service economies they have grown in wealth, even while making manufacturing countries extremely cash rich.

One man’s idea has changed the world almost out of recognition. It has enabled wealth to cross giant oceans and to enrich economies that were in stagnant poverty before. It has enabled the client economies to develop in other ways too. Those who were adults in the West in the 1970’s will remember when there was a manufacturing economy in their home country – container ships have enabled Eastern countries to compete on price on everything from plastic forks, to shipbuilding and cars. The globalised economy is here to stay, and this is largely down to the humble shipping container.

Containers can also be repurposed

While the 20 million containers are globetrotting in the early part of their lives, much like people there comes a time to set down roots and stop your travels. Instead of rotting in yards, a whole branch of architecture has emerged for second hand shipping containers. It hasn’t just changed the manufacturing economy but a whole range of others as well! If you have a building project in mind contact the team at Gateway, we can put you in touch with our network of architects, builders and interior designers.