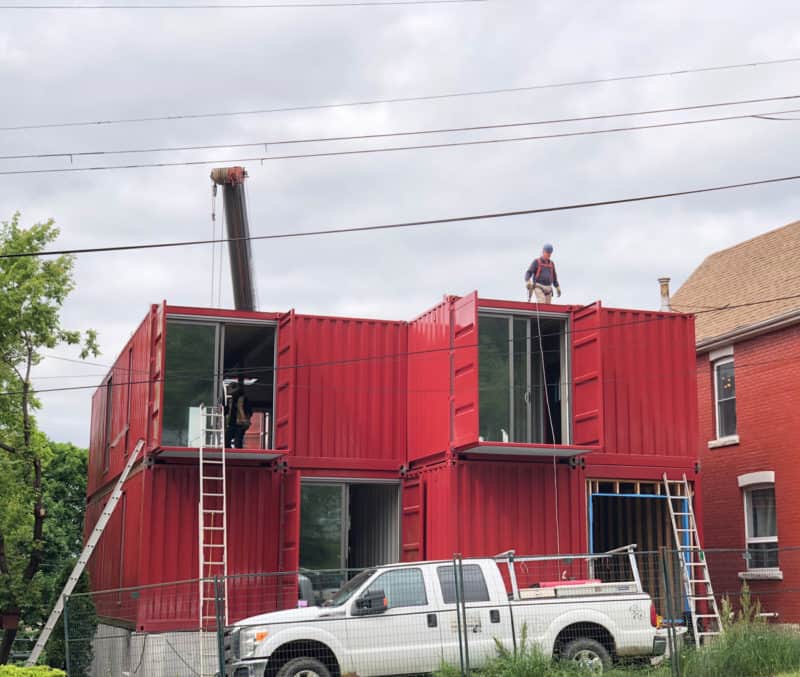 While building his shipping container home in downtown Hamilton in Canada might have only taken a few months, it took four years of battling bureaucrats to get to that point. Sometimes a town’s councillors are harder to crack than physically putting a building together! 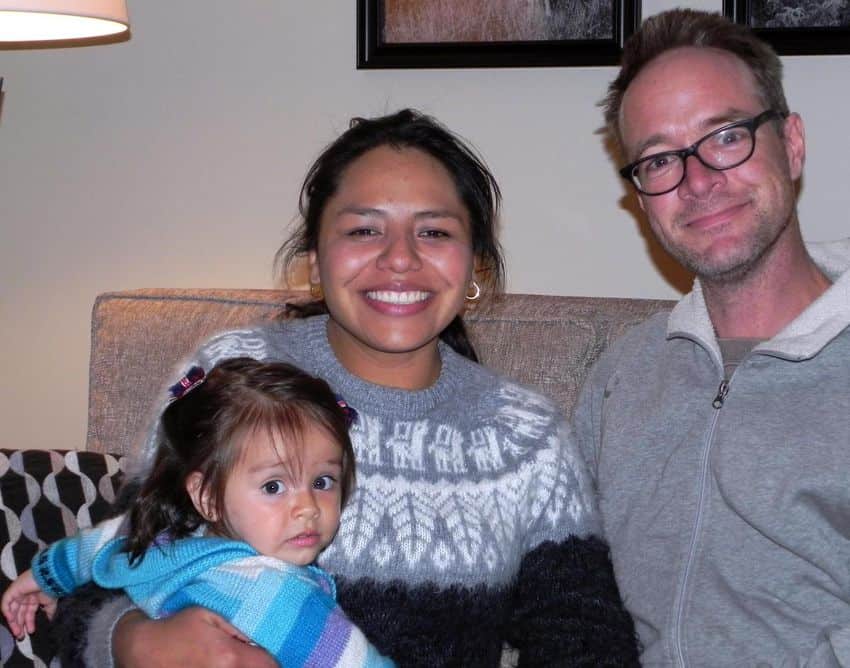 Broadcaster and NGO professional Geoffrey Young wanted a home to live in with his parents and young family after moving from Bolivia to Hamilton, Canada. Through his work in disaster relief he had seen just how brilliant converted shipping containers could be in terms of being rapidly deployable shelters for those worst affected.

His home wasn’t to be a two-container shack though. This place is built of eight, 40ft containers and once put together will give ample room for those inside.

He’d bought a plot of land from the local authority that had lain vacant for 60 years since a house fire. That and the building bit would be a breeze. Speaking to CNBC about his four year trial by planners, Young said,”It’s been a disaster with the city, but finally we’ve managed to get everything cleared enough that we could go ahead and get the foundation and move the containers onto it.”

Here’s an example of the boggling bureaucracy:

It was to be a flat faced home with vertical and horizontal walls but to keep the design in keeping with the local community the parties finally agreed that two horizontal shipping containers should be set a bit forward of the others to give the appearance of the dwelling being two smaller homes not one larger one. That has been made into a stand-out aesthetic of the build but the negotiations to get to that point must have been brain-killing.

Young estimated that the sheer time from getting it from idea, to reality doubled the cost of the build. Yes, bureaucrats can baffle banks as well as brains. 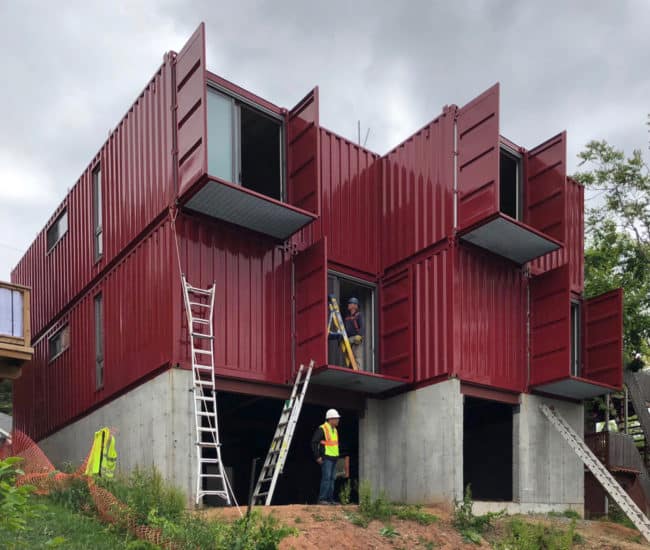 Part of the idea of splitting the home ‘into two’ by offsetting the two halves is that the home can indeed be split into two units should the need arise. Yes, it seems the councillors liked the idea of the house being ‘normalised’ for the community when Young falls off his perch or wanderlust takes him to a new disaster zone again. Though the writer of this blog is a bit of a geographical drifter too, is also in his 40’s and has a young family – age and families can slow down one’s urge to see more of this world, and there’s every chance Young will be there for a good 30-40 years to come!

After the hard work of planning and designing the place, the main structure of the new home was fully installed in just eight hours! The containers were partially adapted to their new roles – first fix plumbing, insulation and some fittings for the final home – and were dropped onto the concrete foundations. Welded together, the crawl of planning came together in a great rush.

Young now plans to fit the place out himself with some licensed trades working on the new build as required. This may take a little time but at least for him he is dealing with accountants and the odd city building code inspector but not now fighting petty pen pushers just to get the project off the ground. It really changes your outlook when you move from talking with people about your concept, to acting with others who will make your dream a reality!

Want to build your own shipping container home?

If this article has inspired you to build your own container home, get in touch with our team at Gateway Container Sales. We have hundreds of secondhand containers for sale, plus networks of designers and architects who can help you put it all together!