Due to the pressures of getting sometimes 5,000 or more shipping containers off and onto a container ship in just a few hours, as well as the lack of space to handle a backlog of containers waiting to be scanned, port authorities just don’t scan every container. In fact, in the United States, only around 5% of containers are scanned for contraband on entry to US ports, costing an estimated US $500 million a year for security checks.

Though no statistics are available, shipping containers carry contraband such as guns, drugs and even illegal immigrants across the world’s oceans, making for a major headache for border and security.

To combat this a new scanning technology is being developed by the EU and a private security scanning company that could massively increase the rate that containers can be scanned without excessive additional cost.

According to the CORE website, “New hardware will increase the rate at which containers are scanned, from around 100-150 per hour to between 300 and 500. And, new software will give operators the tools that they need for faster, accurate analysis of images to prevent bottlenecks. Operator-assist features include automatic detection of certain substances and the highlighting of suspicious areas within a container.”

Getting 500 containers through a single scanner an hour could significantly tighten security for container ports while reducing the costs per unit of scanning the boxes as they leave a port.

The US Congressional Budget Office (CBO), spurred into looking at tightening security in the US due to the global threat of terrorism, did some estimates as to how the US Homeland Security agency could shut smuggling down using currently available technologies. The CBO reported, “Raising the imaging rate to 100 percent of containers at all 74 U.S. ports that receive international containers (Option 4) would increase costs by $4 billion to $8 billion over 10 years.”

If the US authorities were to double their current scanning rates to 10% this would cost $1bn per year using current technology. The ‘current technology’ bit is important as that assumes one scanner per port scanning 100-150 containers per hour. You triple the throughput through security scanners and arguably you drop the cost per unit by 66%. Essentially you could do 15% of shipping containers for the same cost as they do 5% today. You double the 15% to 30% and $1bn covers the cost of nearly a third of all shipping containers entering the United States, not 10%.

$3bn could conceivably shut all smuggling down into the US through this method. That would significantly tighten security at container ports. 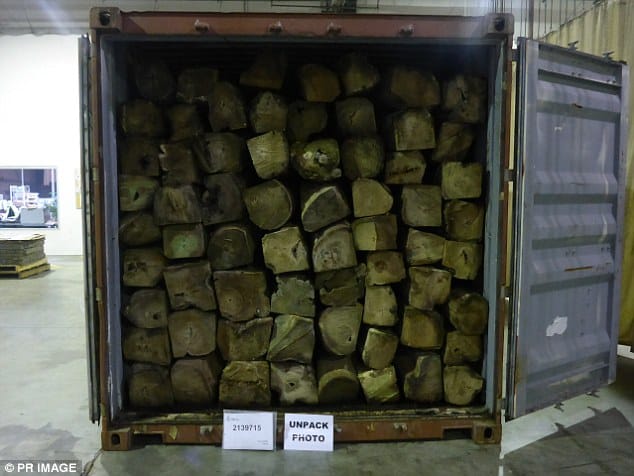 The relatively few shipping containers that are scanned today are targeted carefully. Containers are tracked to some extent all the way from where they are loaded to where they are unloaded. If a shipping container is loaded in the Peruvian Andes, one of the centres of global cocaine production, it will be more likely scanned than one loaded in a warehouse in China dispatching iPhones.

Crime intelligence services are constantly tracking container movements so one will often find that each one of the 5% of containers scanned have been quite carefully targeted. Contraband does get through, but it isn’t as easy for smugglers and terrorists to achieve their aims as one would imagine – crime agencies are often right on the button and frequently get what they seek when they do scan a container.

Here at Gateway Container Sales we can supply you with whatever shipping containers you require and support you in whatever innovative or ordinary way you require, contact us today or get a free quote.