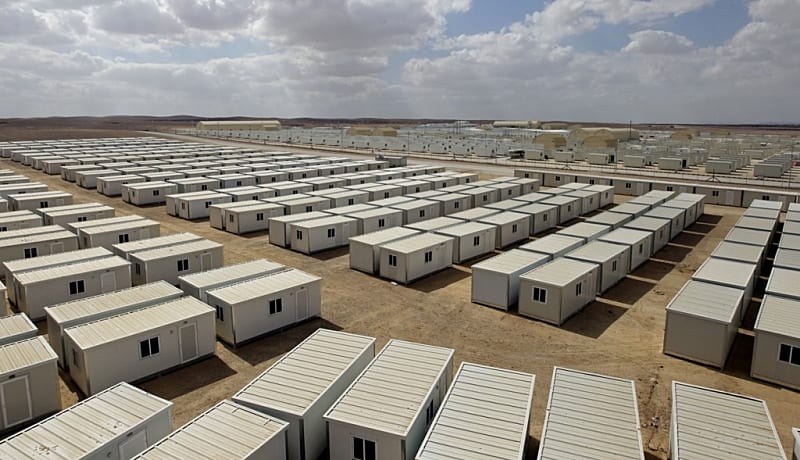 If you’ve been watching the news recently you will have seen the huge refugee crisis that has hit Europe as millions of people have escaped war torn countries in the Middle East and North Africa for safety. This has led to boom time for one industry – the shipping container conversion industry – which has had tens of thousands of orders for shipping container temporary housing.

This post will look at the situation in Europe and why shipping containers, rather than tents, have become the best solution to house the millions of people who have escaped war in Syria, Iraq, Libya and Afghanistan.

As can be seen in the video below, shipping container homes can be converted in factories. This means they can be mass produced to certain specifications indoors and away from any weather that would normally slow down the construction of tent cities.

Once they have been converted, the shipping containers can be dropped into place. As such they can be rapidly deployed once constructed, and a whole town can be built in a matter of a few weeks. One such container city is being planned in Turkey that will house 27,000 refugees.

With five or more sides fighting each other, and the major players unable to stop the unrest, there is no end in sight to the war in Syria. Thousands of people are being killed every month and those who can’t fight are getting out by the thousands.

Where tents are a good temporary solution, there could be many winters to come before the civil war abates. Even the best made tents are freezing cold in the snow, and they just aren’t suitable for any period longer than a couple of seasons. Tents are fragile too, and are not designed to last more than a few years of continuous use.

Shipping containers are weatherproof and if properly set up, can be lived in by a family for many years – their original design is to withstand everything that nature can throw at them for ten or more years. With their ease of construction they are an extremely good solution for the crisis that is overwhelming the neighbouring countries to Syria, as well as many northern European cities.

One of the reasons for the refugee crisis becoming a political crisis in Europe is that municipal council housing authorities are overwhelmed with the numbers of people coming to them for shelter. These authorities in many cases were almost at peak capacity with people from their own countries needing housing when the influx of refugees began. This is one of the reasons that one Austrian container conversion company alone has had over 50,000 orders for converted shipping containers! 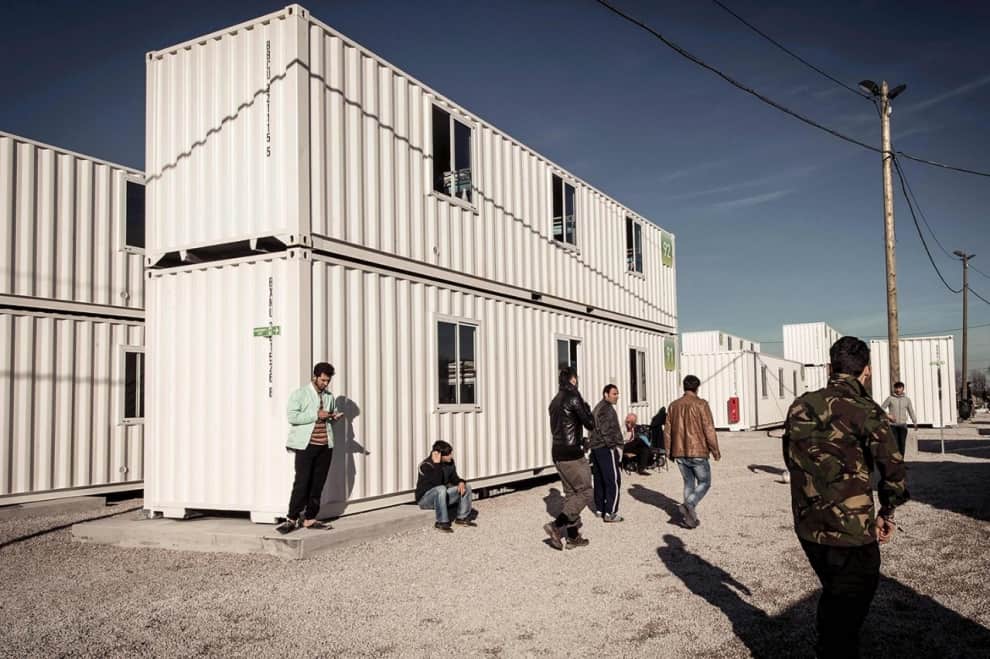 Germany has taken over a million refugees since the Syrian crisis broke out but Germany’s winters can be brutally cold, and it can be windy and wet in autumn and hot in summer. Modified shipping containers can be well-insulated and heated to create good homes to house people fleeing to the EU’s richest country from war zones elsewhere.

One of the biggest focal points of the refugee crisis in Europe has been the Jungle in Calais, France, where thousands of people seeking to go to the UK have set up a huge shanty town with no sanitation or electricity while they try to hide in trucks headed for the ferry port. This has become a major humanitarian crisis, and where the French authorities have cleared some of the shanty towns they have replaced the shacks with shipping containers. While these have had a mixed reception from those staying there (they have to register with the French government in order to get a shipping container shack) they did meet the basic needs for people to survive one of the wettest winters on record in Northern Europe.

Read more about how shipping containers can save the day in disaster management.

If you are a municipal authority looking for emergency housing, why not contact our team of second hand shipping container experts at Gateway Container Sales and Hire for advice on which container will best suit your needs? We have the resources and experience to convert 20ft and 40ft shipping containers to your exact specifications. We have helped connect people and organisations with architects and designers to construct a huge variety of a shipping container homes, and we can help you with your project. Get a free quote today.