Containerships Over 20,000 TEU – What’s The Push Behind Building Bigger? 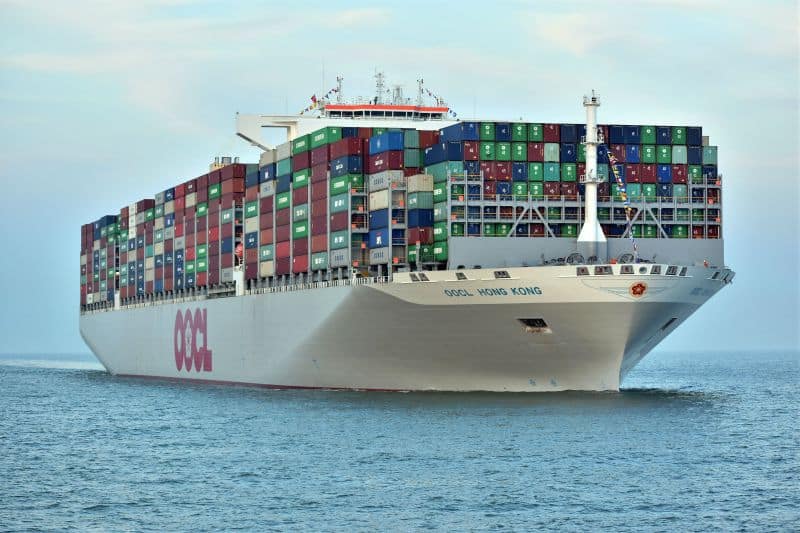 After five years where containerships seemed to stabilise in size at a capacity of around 18,000 Twenty Foot Equivalent Units (TEUs) in size, shipping companies are building bigger again. Now the biggest containership has a capacity of nearly 21,500 TEU. What’s the push behind building bigger? Economies of scale – the bigger the ships, the less fuel and manpower required to drive them.

Let’s now look at the biggest current containerships in the world and then the analysis from a global risk management company. We will then look at the details of efficiencies, and then to the future of these super ships.

Some of the biggest containerships in the world

She is too big to transit the Panama Canal so will be restricted to sailing between China and Northwest Europe, or on the Pacific route between China, the Antipodes and the West Coast of the US. This is no major problem as much of the world’s trade passes along these routes. 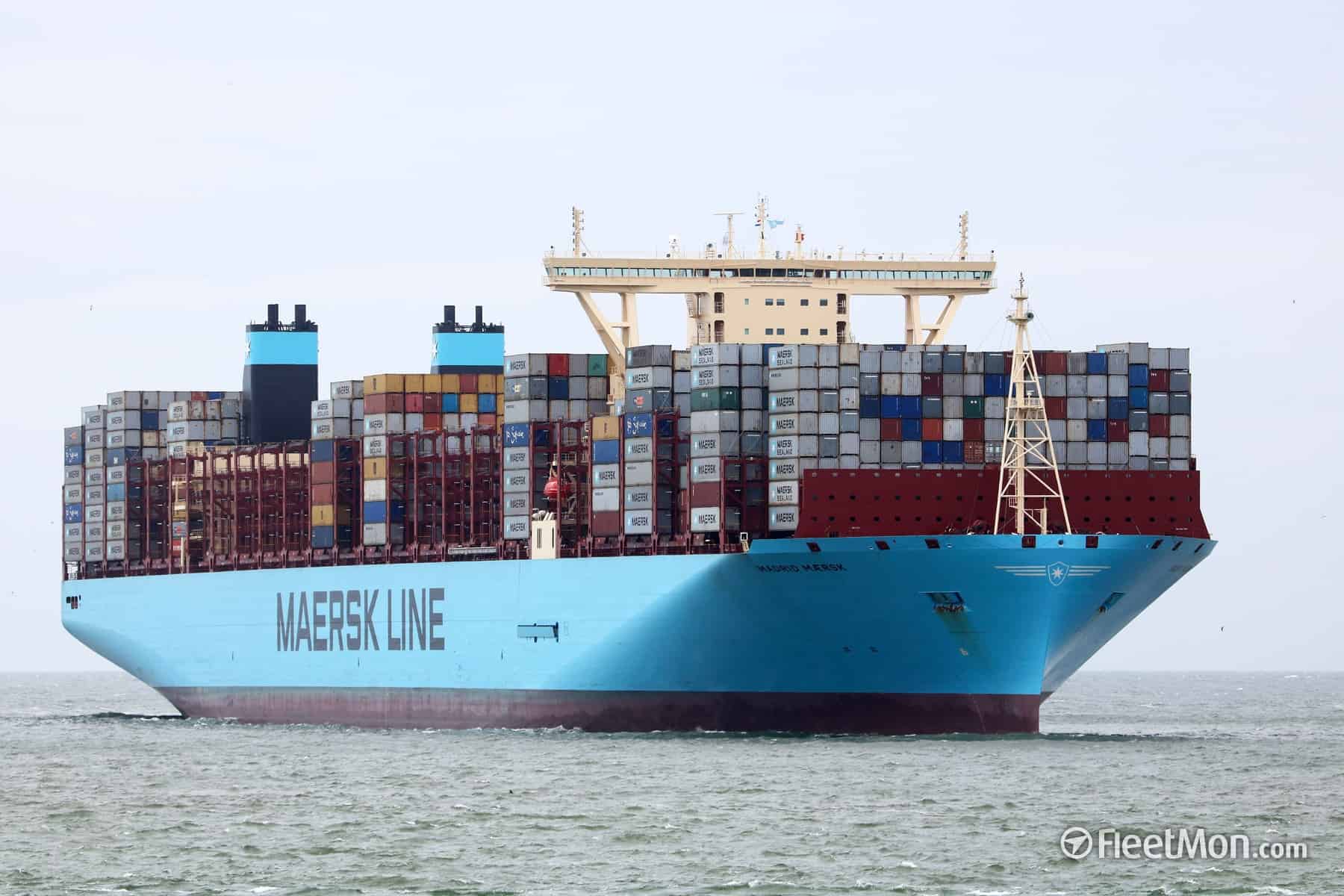 The Madrid Maersk is widely regarded as the second biggest containership afloat as of today. She has a capacity of 20,568 TEU arranged in 23 rows across the deck. This ship is two rows short of the maximum size permitted by the Suez Canal, which can take most of the monster ships in the world.

She could also be the cleanest of them all soon too – there is a retrofit capability of being converted to Liquid Natural Gas (LNG) that pumps far fewer pollutants into the atmosphere. If regulations on emissions get tightened in Europe, this ship will survive when many of her fellows could end up being scrapped early. 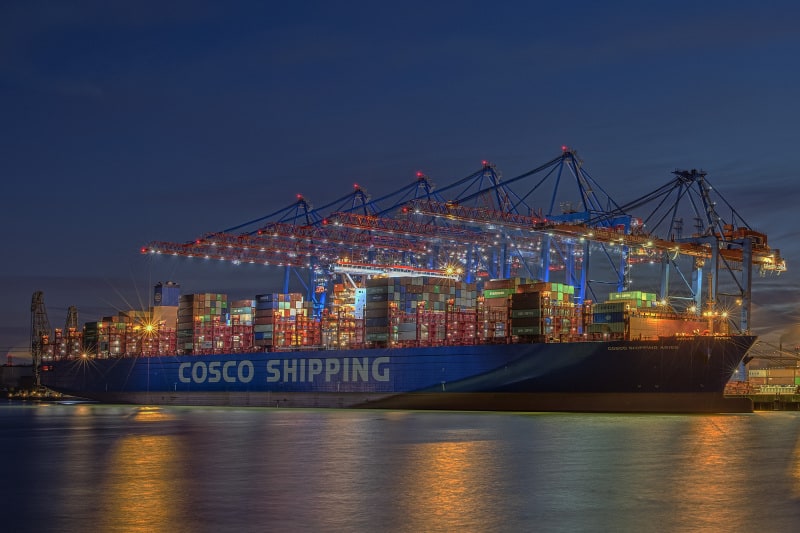 The COSCO Shipping Aries is the first Ultra Large Container Ship (ULCS) to be built in China using Chinese Intellectual Property. Again, close to 400 metres long, this 20,000 TEU beast is 58.6 metres wide and can carry up to 197,000 tons of cargo.

She could also be the first fully autonomous ship on the high seas. According to Maritime Executive, Aries is “the first container ship to receive [Lloyds Register’s] Cyber-enabled ship (CES) descriptive note Cyber AL3 SECURE PERFORM for its energy management system. Cyber-enabled systems are considered to be systems installed on board ships that would conventionally be controlled by the ship’s crew but which, through recent advances in IT, now include the capability to be monitored or controlled, either remotely or autonomously.”

So, why is big beautiful?

Shipping companies aren’t like old men who need big cars to feel like young men again – this isn’t a case of machismo or virility on the part of shipping magnates. The truth is the maritime trade doesn’t make the news these days unless there’s an accident involving millions of litres of oil, mass casualties, or when a container line goes bust. People hypnotised by their iPhones couldn’t care less whether it came to them by gold plated jet or by rowing boat as long as they can marvel at its slightly better features than the last one they had. 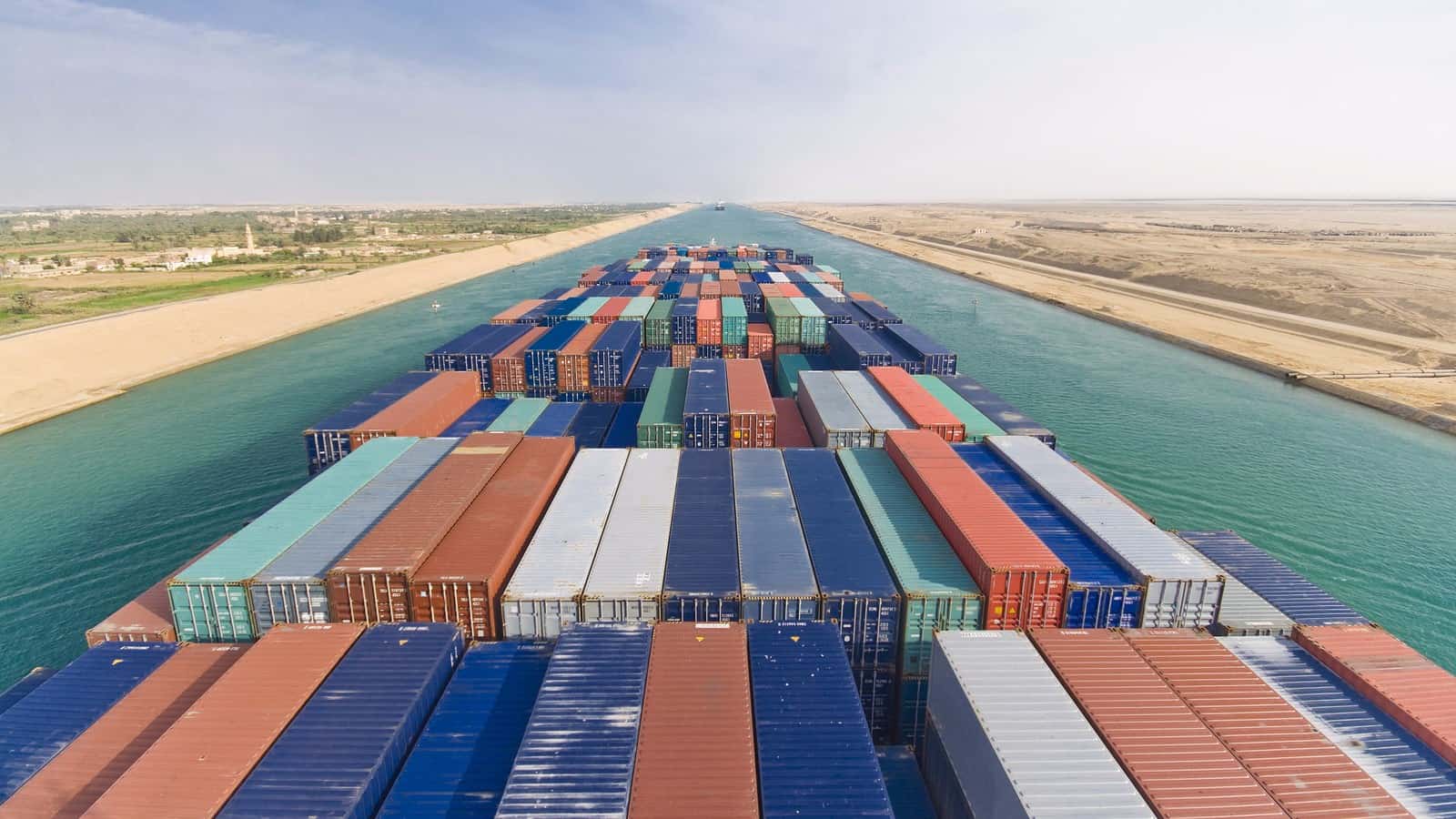 It comes down to efficiency. Global quality assurance and risk management company DNV GL published a report that explained just how much cost efficiency can be driven into a ship by building it that little bit bigger. The authors looked at just how big these ships could go and concluded that ‘Suezmax’ is the maximum size shipping companies will be prepared to go as unless they can get the ships across the Suez Canal they can’t connect the world’s biggest consumer markets in Europe with the world’s biggest manufacturing centres in China and Asia. The limit is 77 metres wide and a draft of 20 metres. DMV concluded that that would be around 25 rows of containers.

The cost of shipping each container could drop by $0.11 in the $. That is a huge saving where it comes to economies of scale and really makes the case for building ever larger ships to get goods from the Far East to the EU.

What the efficiency really means

As we will discuss next there is a great variability in shipping rates from month to month. The day this article is written, I was quoted a price of €596.91 to move a 20ft full container from the port of Hong Kong to the port of Rotterdam.

Let’s just imagine everyone paid spot rates like I have today – a very expensive way to go. If the container was sent by the biggest ULCS the shipping company could save €65.66 per container. Let’s just imagine something else – every container aboard was destined from Hong Kong to Rotterdam (impossible – they pick up and drop off containers as they go). The company could turn €11.5 million into profit by comparison to a smaller ship.

These are wild estimates based on impossibilities but you can immediately see that by going to bigger ships the shipping companies can make millions of dollars more profit per trip. In the world of shipping, every million they can manage is another easier breath they can take when it comes to profitability. Container lines often run on as little as 1-2% profit margins on bad years, so every chunk they can take out of costs is a good one. 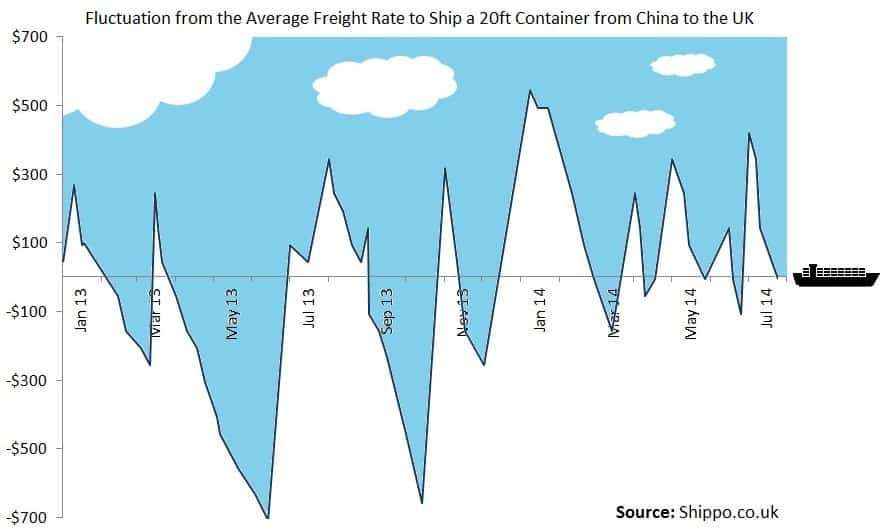 The spot price I was offered by an online price comparison site will be different tomorrow. One comparison site explained this phenomenon: “the sea freight rate for a 20ft container shipped from China to the UK varied by USD$1150 in a three month period from October 2013 and January 2014. If you checked the rate in October, based your calculations on that, commissioned your goods to be made (which may take 12 weeks) and then were ready to ship in January, then chances are you’d be pretty annoyed.”

The Shippo blog continued: “The reason for these huge peaks and troughs (increases and decreases in sea freight shipping rates) come as a result of the shipping lines artificially increasing the rates using large general rate increases (GRIs).  These are implemented by all the shipping lines in order to stop the falling sea freight rates.  Unfortunately, the volume of containers being shipped is rarely enough to hold the rate in its inflated state so the shipping lines then have to decrease their rates again to win business.

….. Until the rates are too low and the cycle continues.”

Ultimately, the bigger the ships you can put on a route the better as you are buffered from the vagaries of the market. If you can move 21,500 containers for $65 per unit less then you will remain in profit for longer than by sending the containers on a number of smaller ships.

Macroeconomic factors are at play too – market crashes in the EU and US can quickly constrict demand, although the general trend is that after the bubbles and crashes, economies grow even greater than at the peak of the last bubble. This means that consumer demand is greater. Consumer demand growth drives the size of trade between east and west, and ultimately the size of the ships that can profitably trade on the different routes.

Containerships of the future

Ships of today are largely limited by the size of ports they can get into and the obstacles on their routes. Ports will spend millions of dollars dredging and widening their container docks but they need to see profit in doing so. At present, many of the major European ports are limited to ships of a length 400 metres and a depth of around 30 metres. Installing cranes to pick up extra rows of containers isn’t cheap either. They will do so in time when the market permits.

There are rumours that the Suez Canal may be widened and deepened. This will be a massive enterprise of engineering. When? Looking at the Panama Canal’s recent expansion, the answer will be long after demand is pent up to make it profitable. You don’t just spend billions widening a canal for the fun of it…