The Life of a Shipping Container from Creation to Re-use 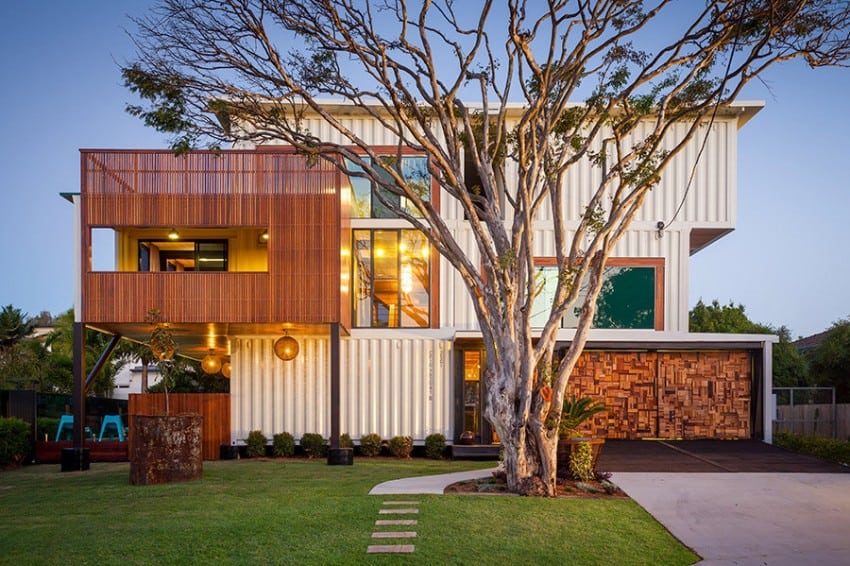 Shipping containers can last for decades. Some of the ones that were first made in the 1960s when the standardised ’20 Foot Equivalent Unit’ (TEU) was first devised are still sitting where they were left many years ago. There is a well-known oversupply of shipping containers around the world because they can be made so cheaply, and this is one of the reasons why you can buy or hire secondhand containers that are in extremely good condition.

But what is the life of a shipping container? How is it made? What might it do? How might it meet its end? This article will uncover the world of the container from creation, to being re-used for construction purposes.

Shipping containers are built to strict international standards. A list of the International Standards Organisation (ISO) standards for container sizes and specifications can be seen here, these describe the size, weight, maximum load weight. Additionally, their construction is governed by a number of other organisations including the European Union. As a result, shipping containers are almost identically made all over the world. 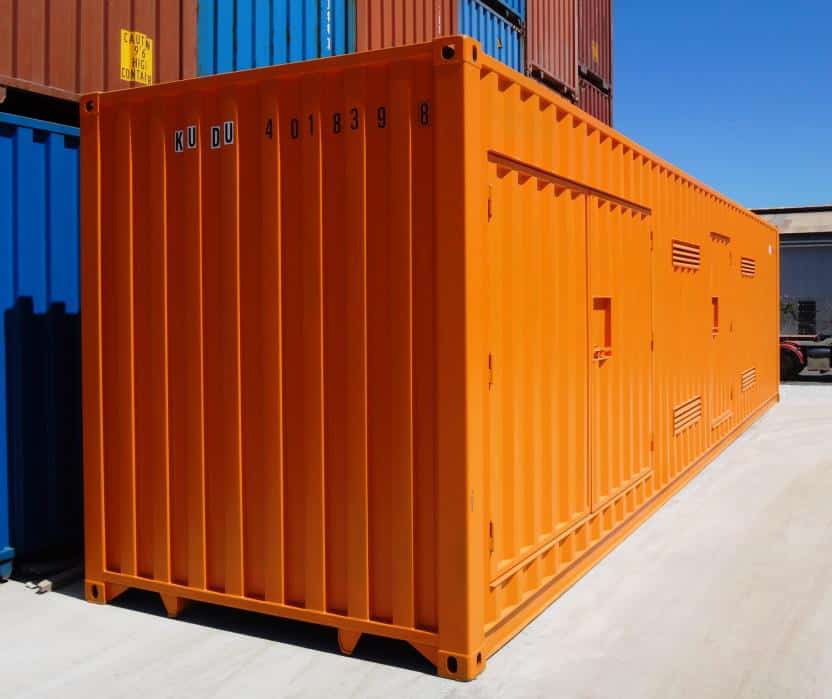 This is done so a crane in Sydney will be able to pick up and stack the same box that may have come from Rotterdam in Europe, and the same container can be stacked and locked on a ship on its way to Hong Kong with no additional work. This speeds up the process of moving them and using them.

International standards also govern what weather they can withstand, as well as their strength.

There are a number of factories in China that make hundreds of new containers a week. The workers are often highly skilled yet due to the costs of labour in China they can still make the boxes for far less money than in Australia or the US.

The process of construction begins when a sheet steel is unrolled on a machine. It is cut into sections and the components are made as follows:

The walls have steel tubing welded to their tops and bottoms, and the floor chassis is built separately. This is comprised of metal beams around the ‘footprint’ of the container, with cross beams added for strength. Again separately, the door assemblies are constructed with the corner beams and top beams being made and the doors fitted. The door assemblies are fitted to the floor and then the walls and roof put on. These are welded by machine.

At this stage if they are to be made as ‘reefer’ containers the refrigeration units and insulation are added to the box.

The final assembly is paint-primed and then painted in much the same way as your family car is with a spray painting machine. The freshly painted shipping containers are wheeled out and the wooden floors are fitted with varnished plywood. Logo decals are added and the completed container is sent out into the yard where its new life of travelling the globe can begin.

There is a great video you can watch all about how containers are made that you can see here:

What next in the life of a shipping container?

The traditional use for shipping containers will be for them to be sent to a factory in China where they are loaded with goods and produce ordered by clients around the world. Refrigerated, or reefer containers, preserve the life of fruits, vegetables and dairy products, so they can reach you almost farm fresh from the opposite side of the globe. Interestingly, large global companies book up space on ships and aircraft for shipments of their latest products from China to the US and Europe. For instance, in September Apple’s annual launch of their latest iPhones and iPads actually causes a spike in global shipping prices!

From the factory shipping containers are moved by road to railheads near the factories, and then transported by rail to seaports. They are stacked up to eight high in the container ports, and are then moved by special gantry cranes to the container ships. Due to competition between shipping lines driving down margins, one of the best ways to reduce costs of delivery is by using bigger container ships.

Some of the newest container ships are up to 400 metres long yet can travel at up to 48km/h across the ocean! They carry up to 19,100 TEU, which amounts to 9,500 40ft containers. Due to the economies of scale involved, sending a 40ft container across the 11,600km distance from Hong Kong to Los Angeles can cost as little as AUD $4,000. There’s no way you could match that cost if you drove your family the same distance in your car!

Under international agreements shipping containers must be able to withstand almost anything that nature hurls at them, from typhoons, to arctic blizzards to being dropped from a great height. In the worst storms some fall off the ships and have been known to float just below the surface just like an iceberg. As such it isn’t unknown that containers have sunk yachts at sea. That they do float even after a 30 metre drop into a stormy sea shows just how tough they are! 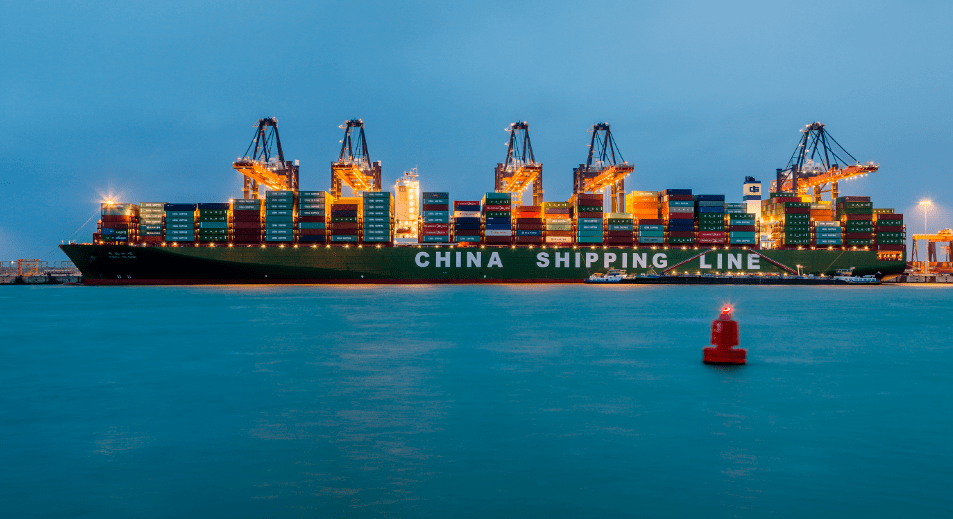 Not all containers go to the docks for a life at sea. Some are ordered specially from the factory for a number of uses, including building container homes. Others may only go on trains.

China is taking the lead in creating a New Silk Road from China to Europe. From factories in China, shipping containers are sent to railheads in places such as Chongqing and transported across Asia to Europe and then on to destinations such as Madrid in Spain and Duisburg in Germany. China is so keen to invest in this new overland route that in 2015 alone it pledged to invest USD $40 billion in infrastructure for countries along the route to Europe to connect the country to its biggest market.

There are a number of different railway gauges on the route, so during the three week journey they are moved onto three different trains.

The advantage of this route is that goods can take 3 to 4 weeks from manufacturer to customer, where by sea this could take up to three months to travel the same distance. Due to the cost savings against air freight, a lot of electronic goods are being sent overland.

One of the major problems with this route is the heat and cold. Travelling across Central Asia the temperature can fall to minus 20 degrees C in winter and over 40 degrees C in summer. This can really damage electronics, but technology is catching up with specially insulated containers being sent out on the route.

Some planes such as the Boeing747F freighter jet is designed to carry 20ft containers. They can be flown to a destination airport and then loaded onto trucks for their journey to their final destination with as little fuss as if they were loaded onto a ship or train. 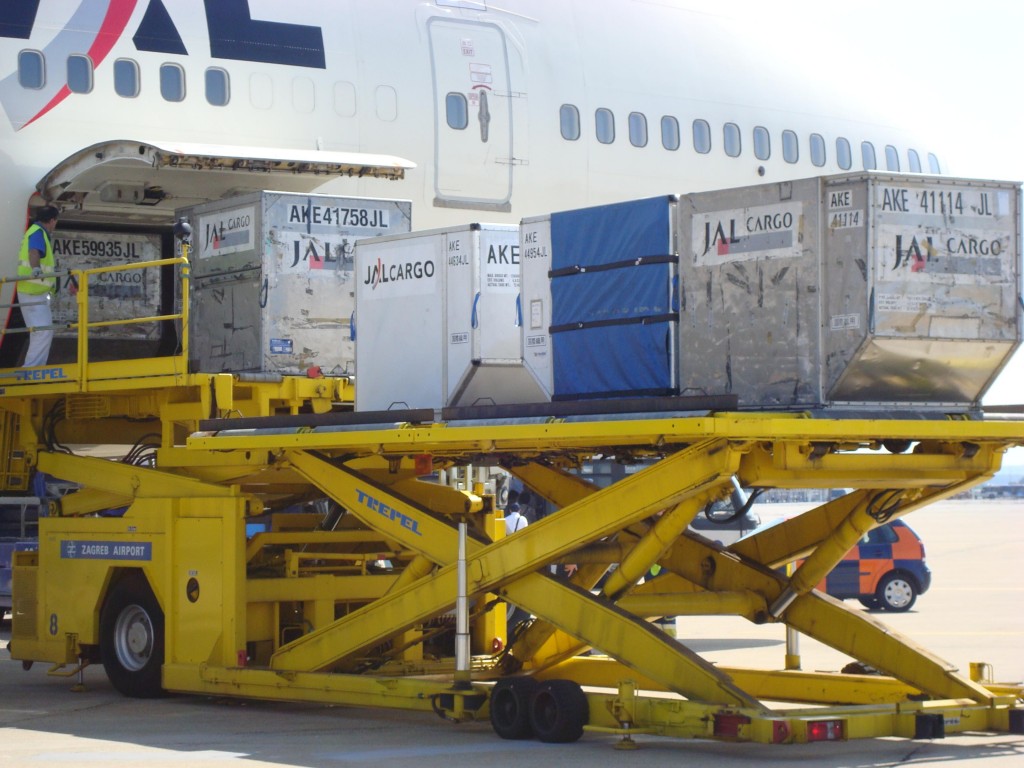 Shipping companies building ever bigger container ships are giving port authorities headaches as, in order to meet the demand of their shipping company customers, they need to build bigger container cranes and extend the jetties. The container cranes need to be long enough to reach the height and width of the ship. It is all well and good building a bigger ship but you need something to unload it. In the world of shipping there is a global equipment race to meet demand. Ultimately that demand stems from customers wanting ever cheaper, better goods and this feeds back into the supply chain industry.

Watch this video to get an idea of what happens in a container port, from the time the ship arrives, through loading and unloading to departure.

Loading and unloading shipping containers can be an exact science. The shipping company needs to know the payload weight of each container, as well as its destination. The weight will dictate where in the stack it will lie. If you have a number of very heavy containers stacked in the middle of the ship and a load of empties at either end, the buoyancy of the front and back of the ship can counter the weight in the middle. This causes ‘hogging’ and in extreme cases has been known to break the ship’s back and send it to the bottom of the sea. In other instances, too much weight has been put on one side of the ship and it topples over.

Shipping containers come ashore and what next?

You would think that shipping containers lead a life of adventure, being sent from Hong Kong to LA and then via New York to Rotterdam before perhaps taking a jaunt to Brisbane. Not a bad life, seeing the world’s greatest cities…? No – due to the price that they can be made for, most containers are only used once or twice for an epic journey and then left to rust. However, thanks to a major resurge in shipping container recycling, the possibilities for container use are almost endless.

Many of those containers that have only been used once are in pristine condition and can be modified into offices, storage spaces, garages or workshops. These buildings can offer many, many years of good use. A large number of containers are used in the Antarctic as storage and living spaces by scientists, and even churches, withstanding blizzards and cold for many years. Others have an easier life in temperate climates, quietly sitting at youth clubs or sailing clubs. With architects noticing how great they can be for construction, thousands have been used to make permanent living spaces in a whole range of configurations from apartment blocks to luxury homes here in Australia and around the world.

What will you use your Gateway containers for?

Here at Gateway Container Sales we buy our shipping containers direct from shipping companies that have been made to strict ISO standards and are designed to survive for 20 or more years in the toughest of conditions. Get in touch with our expert team and we will help you with your plans for reusing a container. Who knows, the container that started its journey in an anonymous factory in China last year could be inherited as a home by your great grandchildren one day…