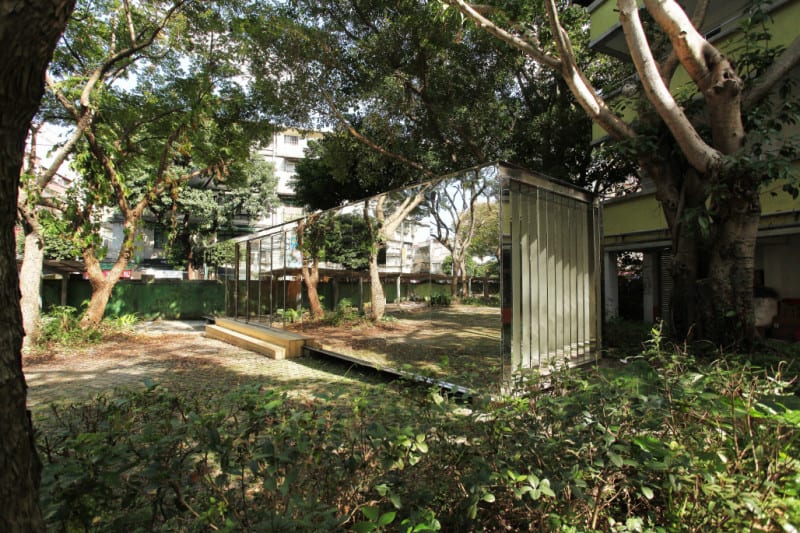 A shipping container that celebrates the world around it? Shipping containers can be quite jarring to look at. Built for the purpose of shipping goods around the world and lasting through freezing and violent ocean storms, let’s face it they weren’t built to be beautiful. Yet their functionality and industrial appearance has enabled people to fall in love with them.

The mirrored shipping container for an arts department at a school in Taipei, Taiwan is taking this a step further – where instead of jarring the world in which it sits, it celebrates it.

Reflecting the world around you 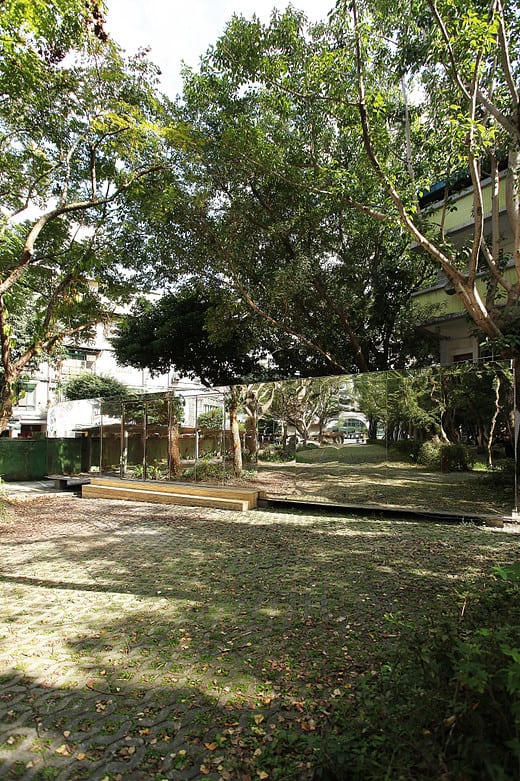 A mirror shows the world. A mirrored box can be almost invisible – place it in a forest and you won’t necessarily realise that it is there until you are up close to it.

Since there is so much shipping container architecture in this world, the repurposing of the hard boxes has become an industry in its own right (just look around the Gateway Gazette to see what we mean!). But every so often you get something that is completely different – the Taipei school art studio and exhibition space is just that, as instead of opposing and challenging the environment in which it sits, it blends in and almost absorbs the environment.

B + P Architects state on their website, ““Mirror” is a tool used for observations, from on the details about ourselves to about the interrelations between feelings and environments. Overall, covering the heavy metal box with mirror-polished stainless steel boards allows the gigantic body to be concealed inside the interpretation of the delicate reflection of its surrounding environment.”

B+P Architects continued, “This project aims to establish a more diversified environment for creativity, allowing the school to become the aesthetic base for neighboring communities and thus becoming the first step toward starting up Aesthetic Education of Ordinary People. Taking the layout of school art corners into consideration, we choose to put the container at the far end of the boulevard; therefore, how not to disturb the peace and serenity has become the prime matter in choosing our design method.”

You can see that the positioning of the container is about celebrating an already serene part of the neighbourhood. In reflecting the environment, so it somehow enhances that serenity and rather than challenging, absorbs the environment in which it sits. The architects concluded, “Compared to vivid architecture, we treat Trees in the Mirror even more as an apparatus enforcing the relationship between people and their surroundings and a medium stimulating the learning of diversified thinking.”

Where ‘cargotecture’ celebrates the divorce of humanity from Nature, the mirrored container sitting in a wooded area seems to go in the opposite direction – celebrating the relationship between Man and the natural world. 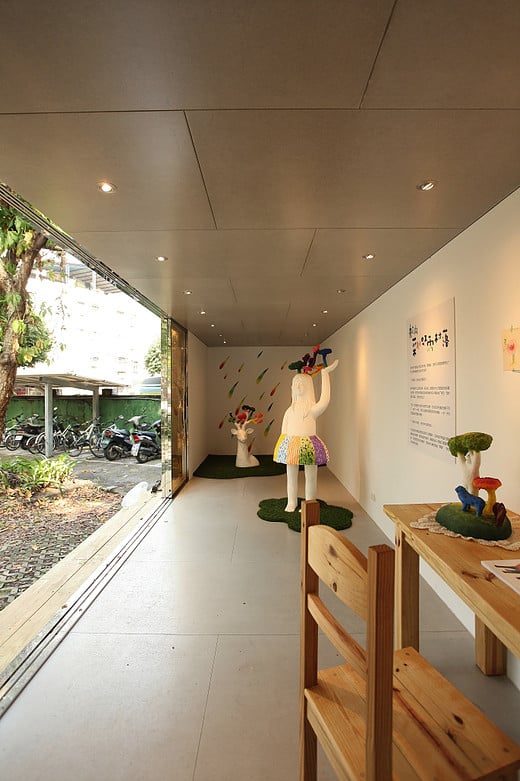 You can’t take the container out of the container! The great aspects of the shipping container are still there – this piece of art is in itself an art space that is flexible and movable. While for now the mirrored shipping container may sit in a serene, relaxed environment, it could be easily moved on a truck to a busy, treeless urban environment. What would it do then? It would do as its cargotecture brethren would do and jar and challenge as much as the next container – but in a different way: it would reflect the jarring world around it as opposed to being a noticeable part of that.

If you’re thinking of taking the leap into building a new container construction, like a shipping container art space, get in touch with Gateway Container Sales today! We can modify containers onsite or put you in touch with our network of designers, builders and architects. Get a free quote.